Final Fantasy XVI featured in the July 28 issue of Famitsu

Featuring an interview with Naoki Yoshida.

The July 28 issue includes a 16-page special feature about Final Fantasy XVI, the latest trailer, and an interview with producer Naoki Yoshida. In general, the issue provides an overview of the upcoming Final Fantasy RPG.

FINAL FANTASY XVI brings players into a world where Eikons are powerful and deadly creatures that reside within Dominants—a single man or woman who is blessed with the ability to call upon their dreaded power. The story follows Clive Rosfield, a young man dedicated to mastering the blade, who is dubbed the First Shield of Rosaria and tasked to guard his younger brother Joshua—the Dominant of the Phoenix. Unexpected events set Clive on a dark and dangerous road to revenge. 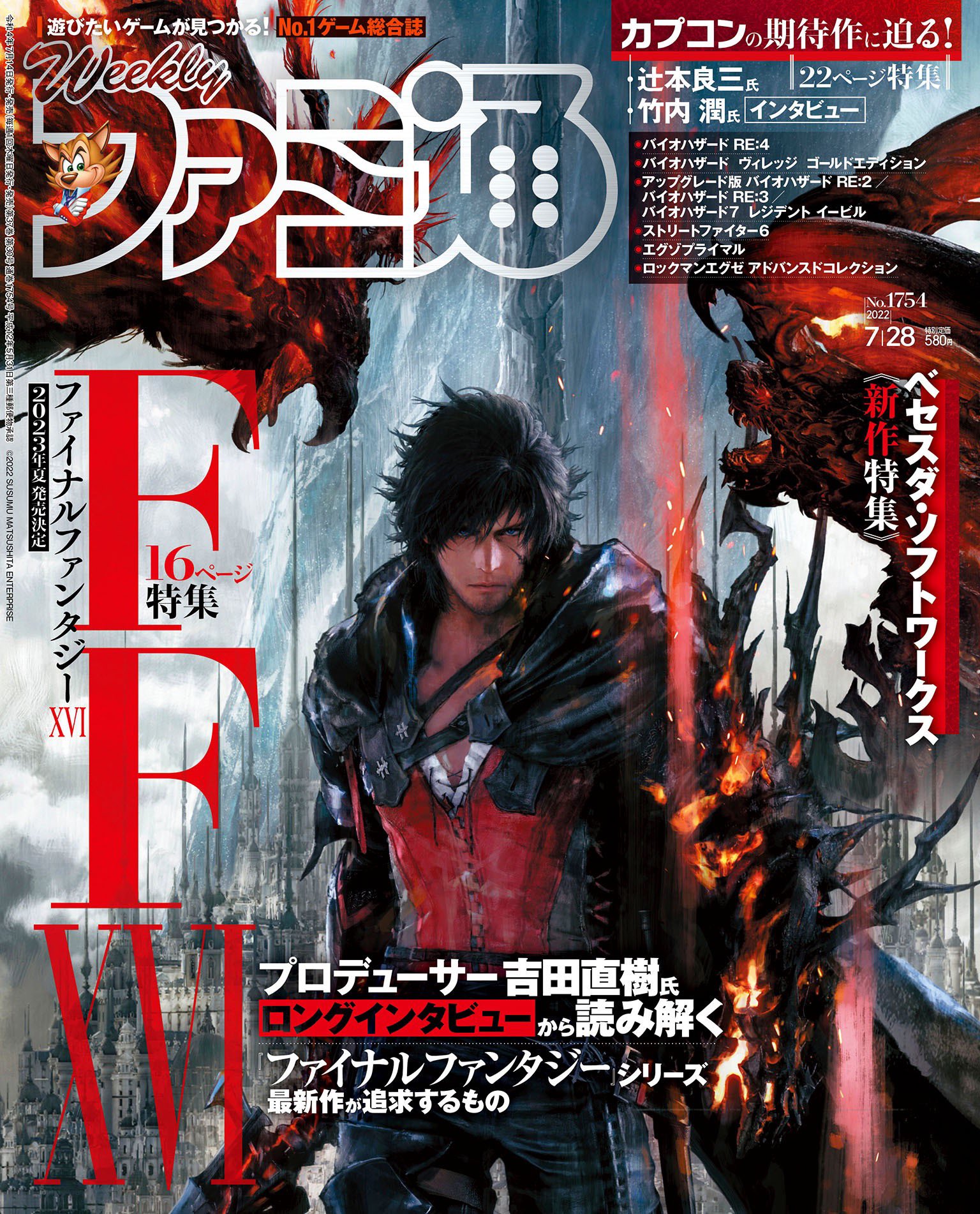 Readers may purchase the new issue through the Amazon Japan storefront for 580 yen, which is roughly $4.23. Final Fantasy XVI is currently in development, and a new trailer is coming in Fall 2022. Lastly, Final Fantasy XVI releases in Summer 2023 for PS5 worldwide.