Atelier Ryza: Ever Darkness & the Secret Hideout made a splash as a vibrant, new entry in the long running Atelier RPG franchise. In fact, it became the most successful Atelier game in the series and that led Koei Tecmo to greenlight a direct sequel. This is Gust’s first Atelier sequel with the same protagonist so it’s quite an outlier for the series. Atelier Ryza 2: Lost Legends & the Secret Fairy takes Reisalin “Ryza” Stout on a new journey across the land and away from her home of Kurken Island. This journey tests herself and her companions both old and new. In the process, Atelier Ryza 2 becomes a worthwhile sequel that makes the first game look like a mere prologue of things to come. 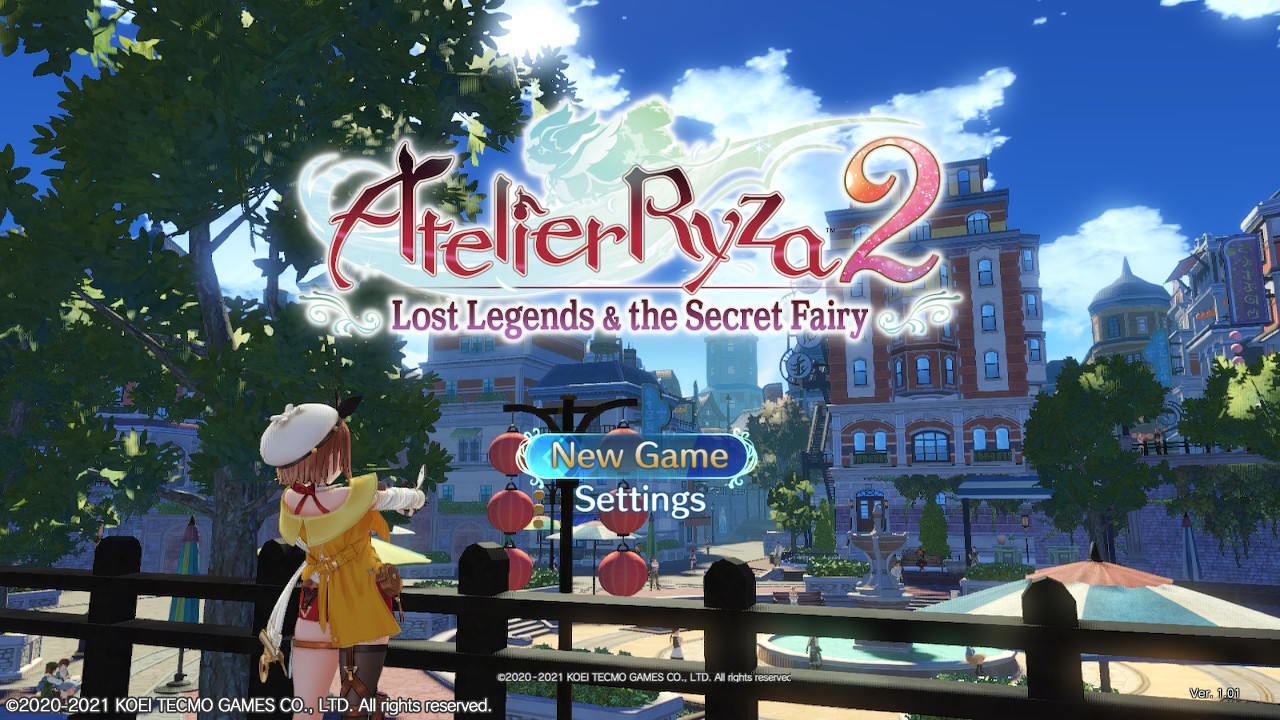 Set 3 years after the events of Atelier Ryza: Ever Darkness & the Secret Hideout, Ryza became a teacher on Kurken Island while maintaining her job as the island’s alchemist. Her party disbanded years ago and although her new roles brought her peace and joy, she misses the friends she came to love and respect. Her path with alchemy is also limited due to being on the island. However, an opportunity presents itself as Moritz Brunnen, a powerful aristocrat, gives Ryza a new task. For many years, the Brunnen family held on to a strange stone that was passed down through the family. Moritz has always wondered why this is the case and turns to Ryza as the local alchemist. 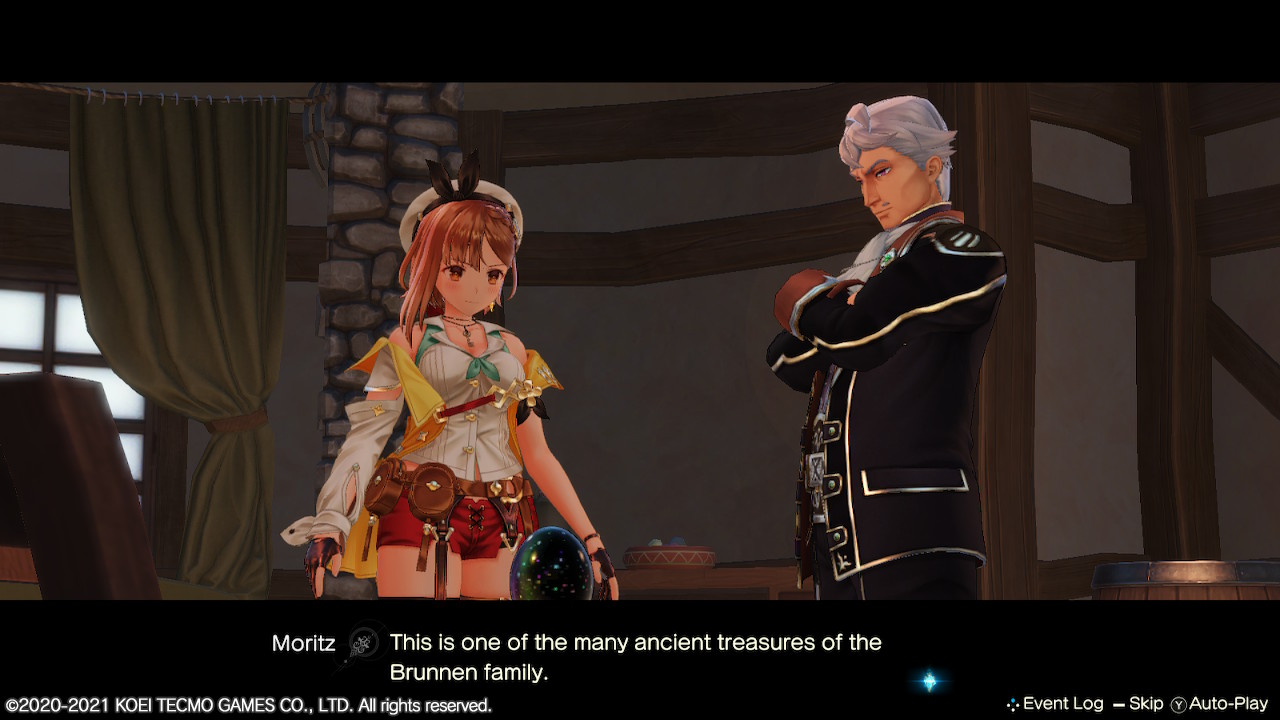 Ryza has no clue what the stone’s purpose is but she thinks alchemy might hold the reason of its existence. Luckily, this comes at a great time as Tao has invited her to the royal capital Ashra-am Baird to help her find new avenues of alchemy to pursue. With Moritz’s family stone and alchemy equipment, she leaves Kurken Island for the royal capital. Ryza’s second adventure is underway and reaches the small port town outside the capital. Shortly after arriving, she stumbles upon an enemy Puni and a mysterious cowboy treasure hunter lends her aid during the fight. Quick on the draw, the treasure hunter warns Ryza of monsters in the area before leaving for the capital himself. 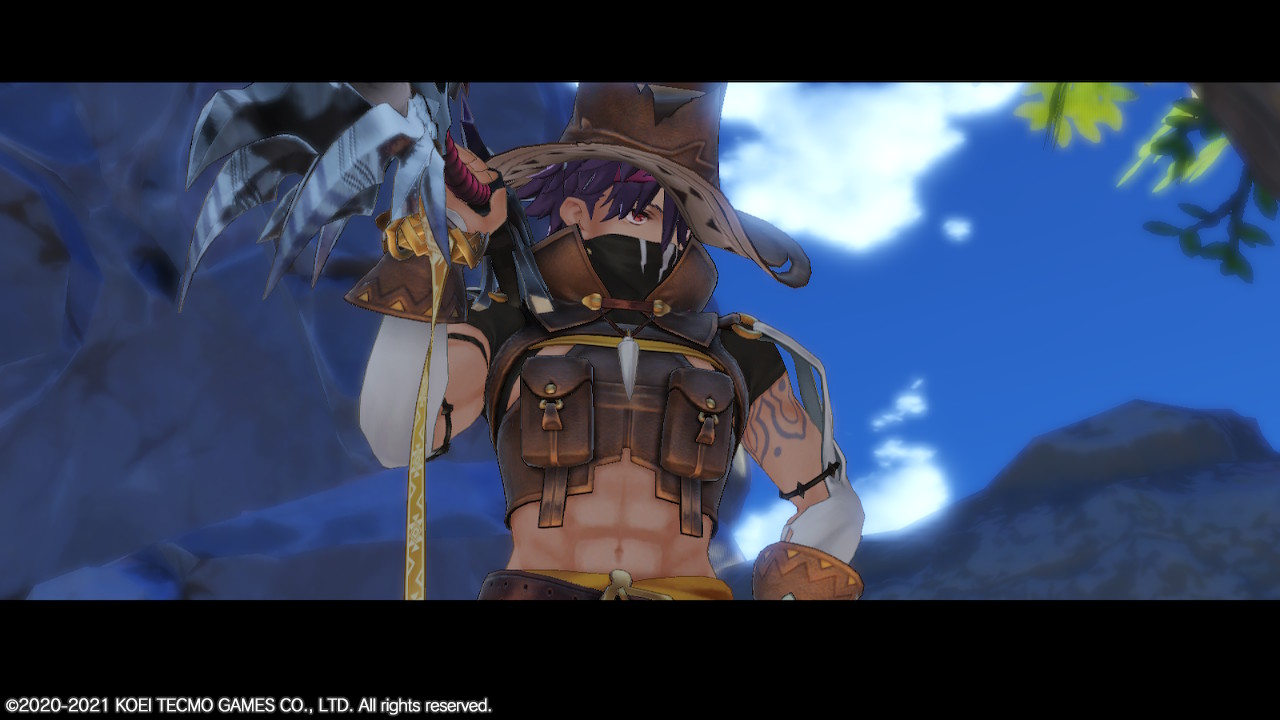 Ryza finally enters Ashra-am Baird and the large city capital already overwhelms her as she’s used to the humble countryside. Bos Brunnen and Tao Mongarten, two of Ryza’s best childhood friends, greet her after years of being away for study. Ryza is delighted to see them and even more shocked to see Tao’s growth spurt has made him taller than her! Tao and Bos then introduce her to all of the city’s districts and Tao’s pupil, Patricia. Patricia is the daughter of Volkier Abelheim, a local aristocrat, and gives her a place to stay with new alchemy equipment at her disposal. The price for rent: making new products and helping the city’s people. 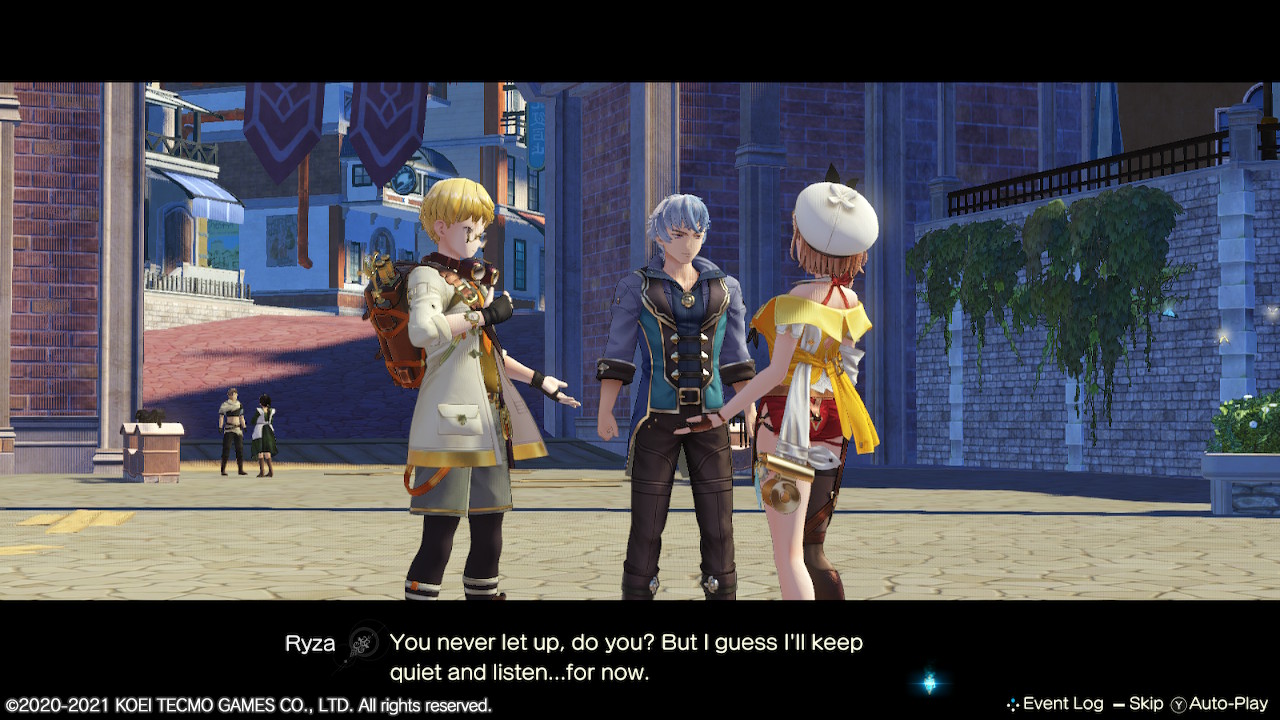 Shortly after touring the capital, Ryza and friends relax at the café and Tao reveals why he invited her. Tao has discovered legends regarding lost kingdoms older than the Klint Kingdom, the alchemist civilization responsible for destroying the Oren and their home. One of these ruins is just outside the capital and while investigating the ruins, Moritz’s stone starts to glow. Strangely, Ryza gains the abilities to gather thoughts of lost spirits. As the team goes home, tired and curious of their discoveries, Moritz’s stone starts to glow at Ryza’s new place. The “stone” was actually an egg the entire time! The egg hatches, revealing a cuddly creature named Fi. The cute creature quickly grows attached to the Ryza and her party. What purpose does this creature serve and why does the capital harbor so many ruins? Ryza’s journey to solve the mysteries and reunite with her friends begins! 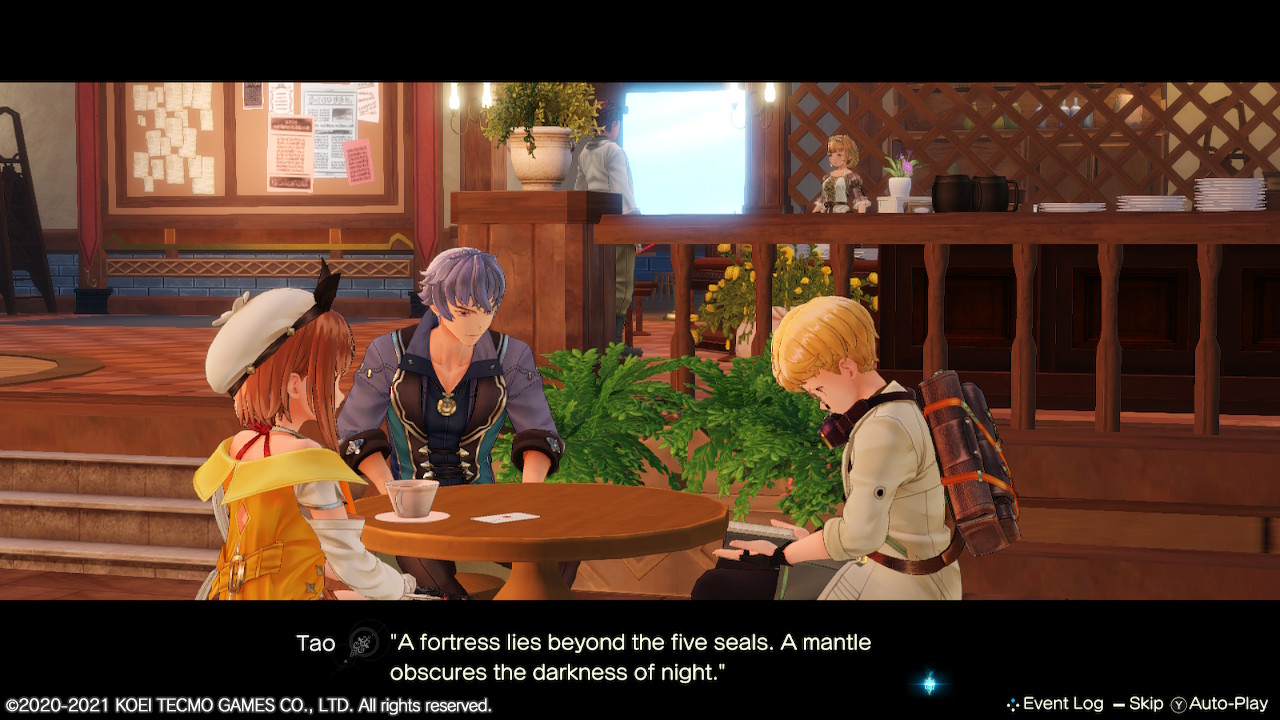 For Ryza’s new adventure, she uses her expertise of alchemy to quickly re-learn and improve her techniques. This means that players won’t take long at all to get to creating new weapons, armor and materials. Additionally, Atelier Ryza 2 features a skill tree system to unlock upgrades, item recipes and new features as the game progresses. SP is naturally earned by creating materials and progressing through the story so there’s plenty of it to go into the skill tree. Ryza can also equip more adventure/core items than ever before which is essential in traversing the world. In addition, she gathers more materials than before with a larger carrying capacity. The alchemy system is improved and easier than ever to sync materials together for the necessary perks. Thanks to the skill tree, alchemy unlocks allows for item duplication, reduction, enhancement and more. This is just the tip of the iceberg though. 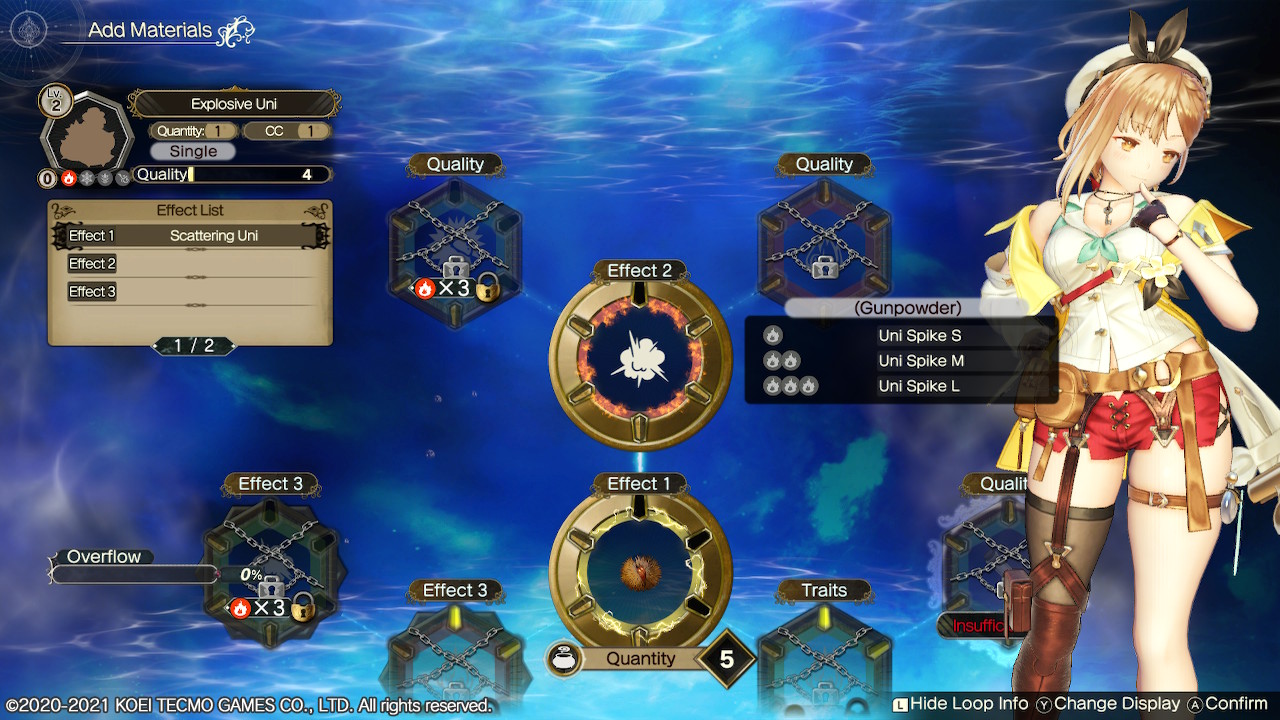 The active-turn based combat system is back for Atelier Ryza 2 and makes for a more fun experience. Each party member has access to core items, combat skills and order skills. Order skills may be triggered in combos by doing what another party member requires (example, use magic damage and Tao will follow up with a dual sword strike). Combat skills and order skills will add to a combo chain, dealing more damage within the party’s turn. This also halts enemy attacks and stalls them which is great for using items. Party members may be switched on the fly like the previous game and allows players to experiment in combat. More dangerous attacks like Fatal Drive, Core Drive and more are unlocked with level progression. All of this makes for an engaging turn based system that is unique from other games in the genre. 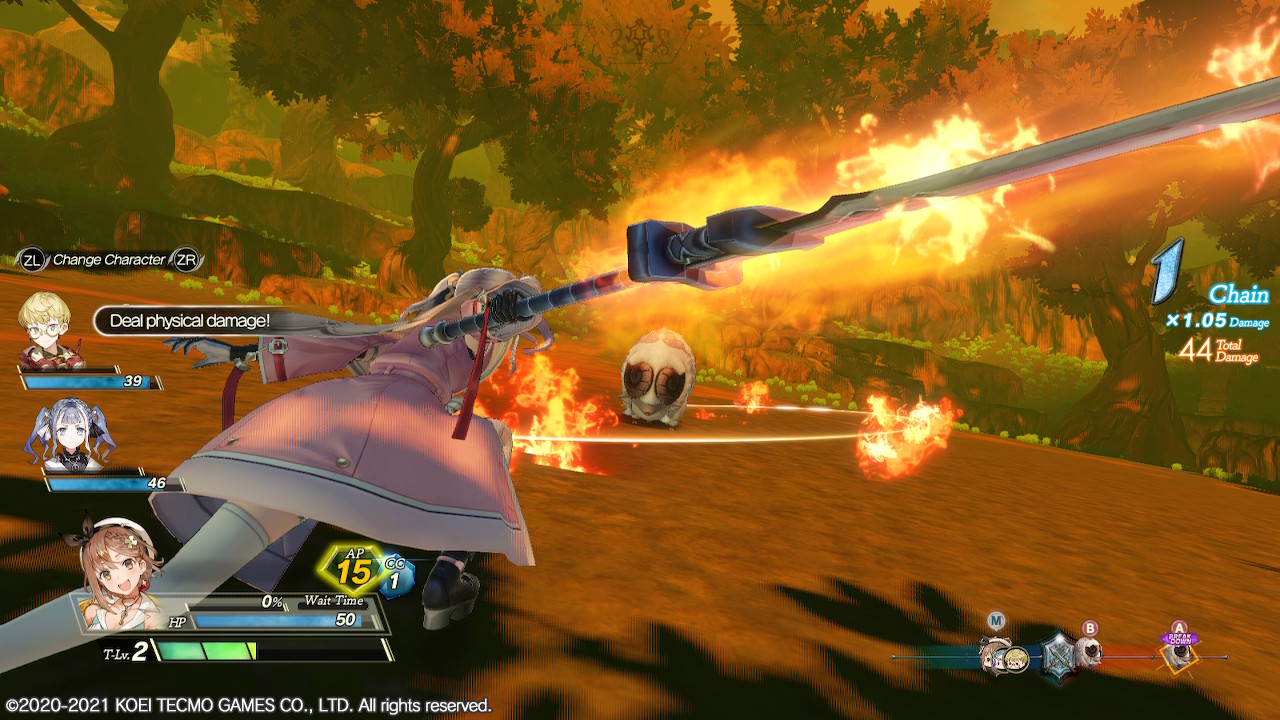 Atelier Ryza 2 features many side quests, character interactions and moments that make the party feel life-like. Patricia, Clifford and Serri are new party members introduced in this sequel and fit right in. They develop with Ryza and her friends along with having their own ambitions. Along with this, they spent a lot of time getting to know each other and learn how to improve as a party both in combat and out. There are plenty of interesting side characters that share their perspective of the city and of Ryza. They also share their thoughts based on the reputation level Ryza has with sections of the population. For instance, Dennis the Blacksmith will reward and trust Ryza for continued contributions toward the Artisan district. 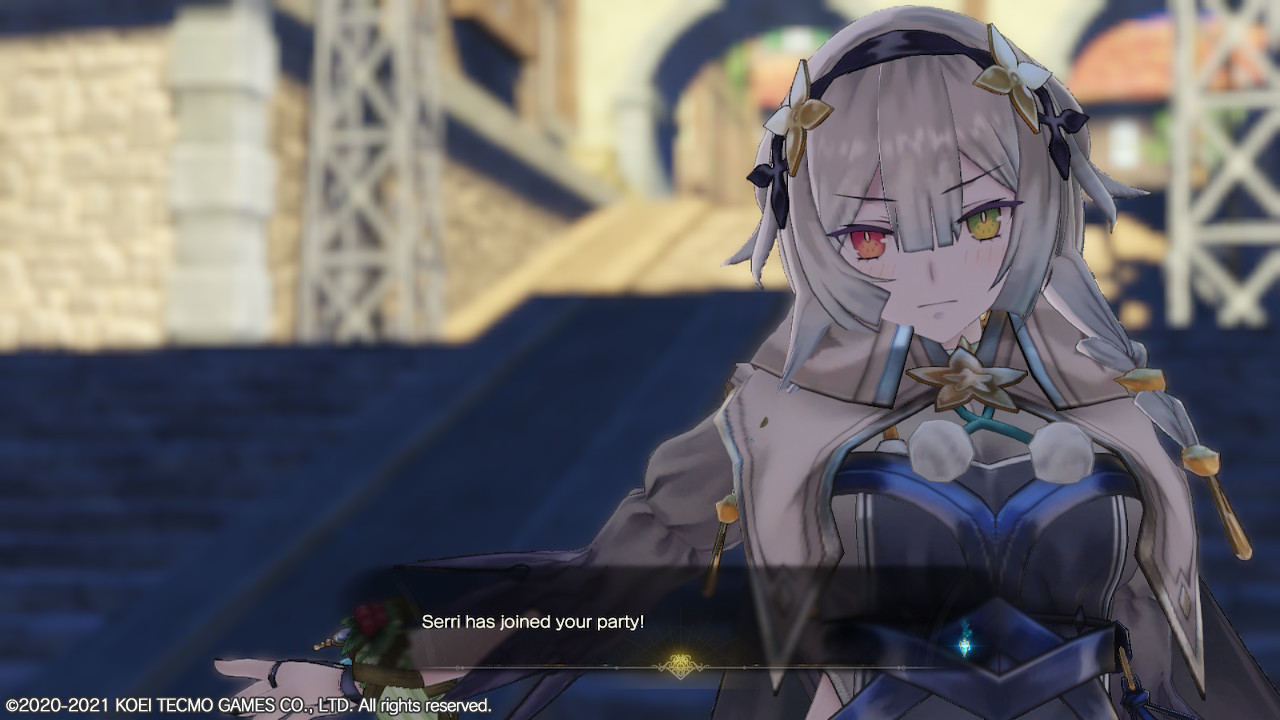 Exploring the World and Story

The area outside of Ashra-am Baird is pretty large. The number of explorable ruins already eclipses the amount of areas in the previous game. Ashra-am Baird is home to a number of districts with shops and quests that regularly pop up with progression of the story and products made with alchemy. Atelier Ryza 2’s takes an interesting approach with ruins that adds an investigative element to it. Once Ryza gains the ability to gather spirit thoughts and evidence, she may piece them together in the exploration diary. This is how the story progresses past a certain point in each ruin. Players may reap beneficial rewards from investigating and finishing each ruin like skill points, new materials/loot and insight into lost civilizations. 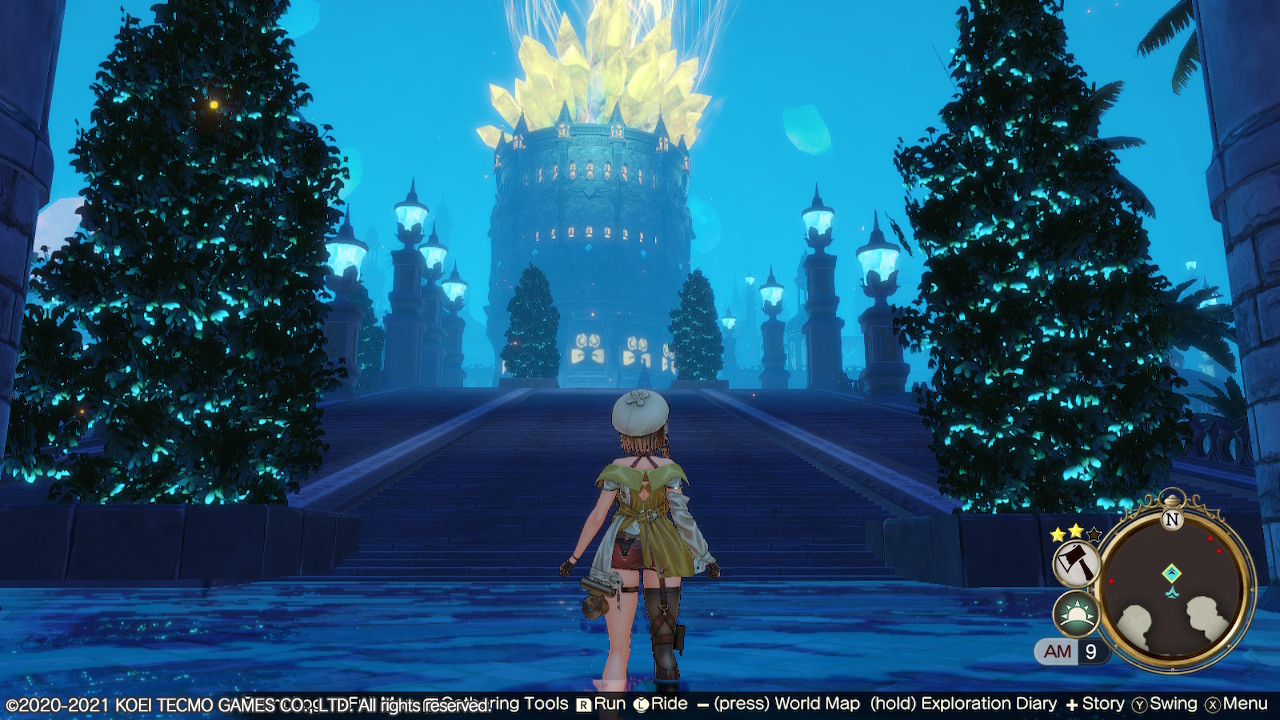 Each party member has their own questline that progresses in parallel with the main story. New quests unlock over time which may also depend on progression through ruins. However, the game seems to have some quests independent from the main story as simply letting time pass may unlock another. It makes the game feel like there’s always some content to chase and complete. With a nearly fully-voiced Japanese script, this makes most quest content voiced more than not. It’s satisfying to explore ruins, come back to the city and learn more about these characters. 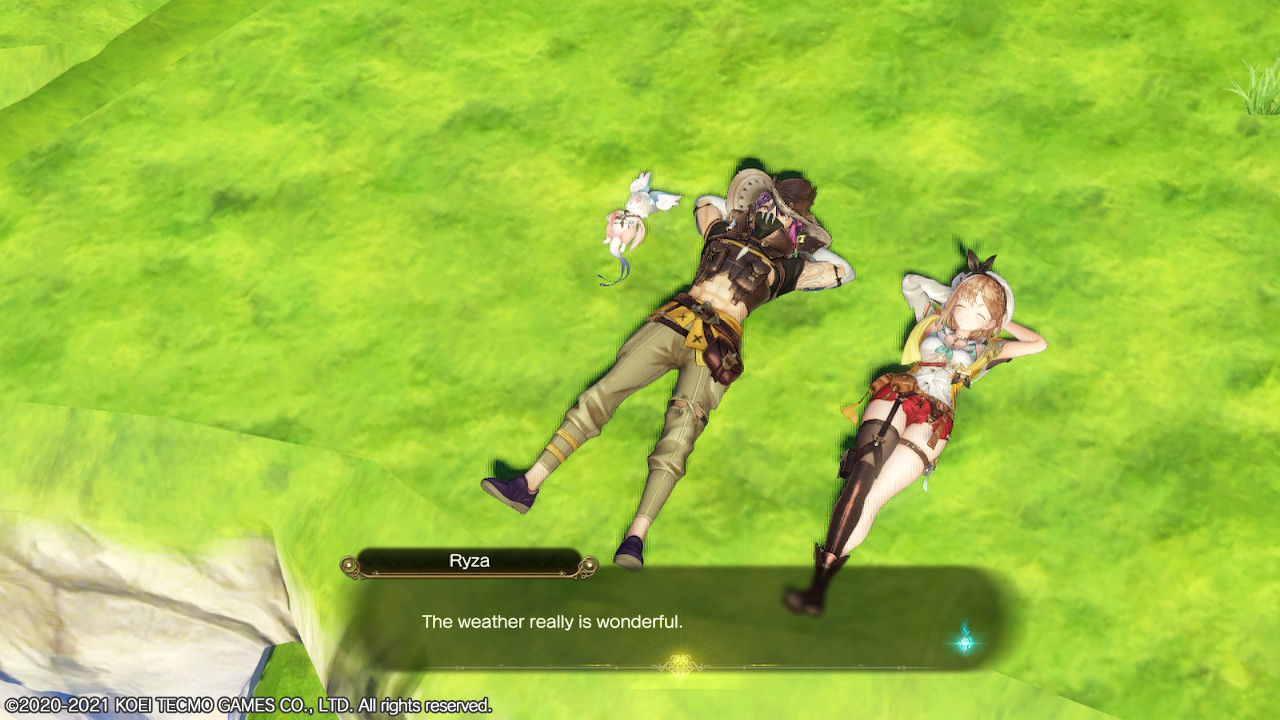 Improving in Every Way That Matters

Overall, Atelier Ryza 2 improves upon the formula from Atelier Ryza 1 in literally every way. The game offers more meaningful and enjoyable content while delivering a story with relatable and likable characters. The plethora of features is enough to make the game like a major step forward while not overburdening players with things that won’t serve purpose. Atelier Ryza 2 also runs well and looks beautiful on all platforms, meaning this game was properly optimized. Upon completion, players can start the game again with their clear data for a new challenge: Legend difficulty. For those interested, DLC will further add new content to the game for some added replayability and features. 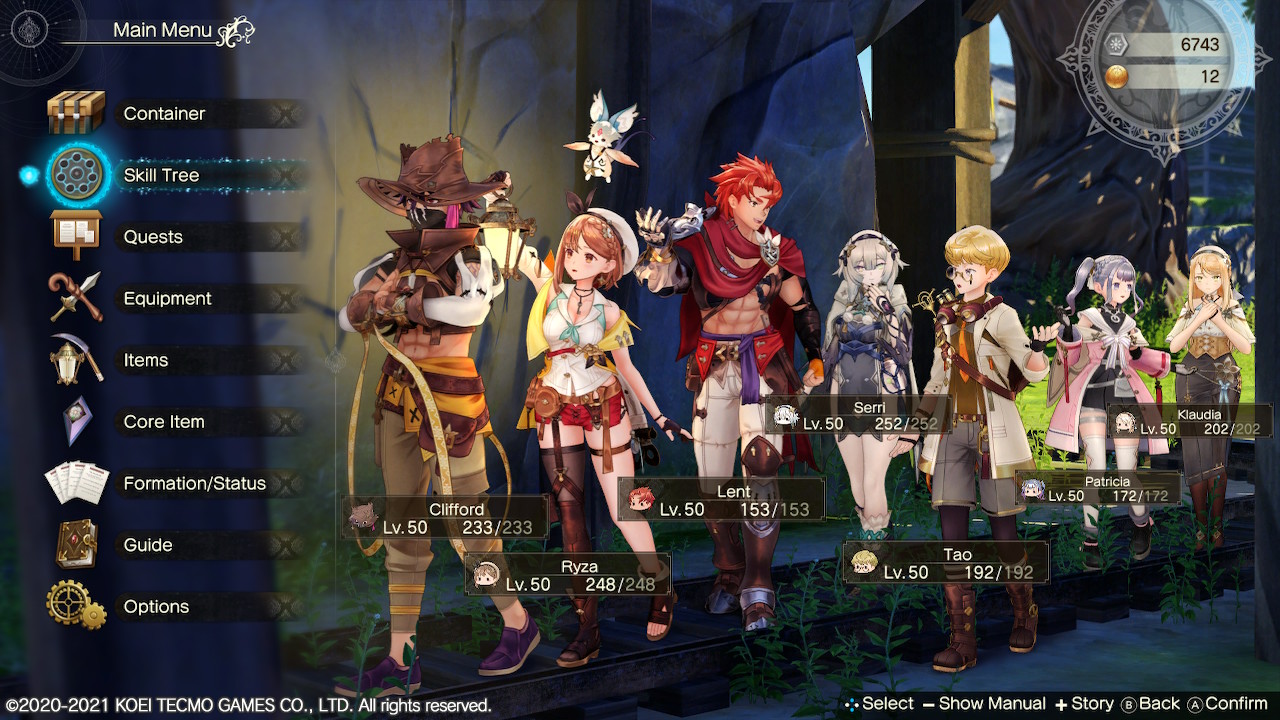 It’s hard not to sound like I’m exaggerating, but Atelier Ryza 2: Lost Legends & the Secret Fairy is that much of an improvement. Atelier Ryza: Ever Darkness & the Secret Hideout introduces the world and characters in a fun game but Atelier Ryza 2 takes that extra step in quality that makes it a big cut above. This is a must play for Atelier fans and a worthy sequel that expands Ryza’s world. JRPG fans can definitely have great time with Atelier Ryza 2 although taking time to finish the first game is recommended. The journey is worth the time! 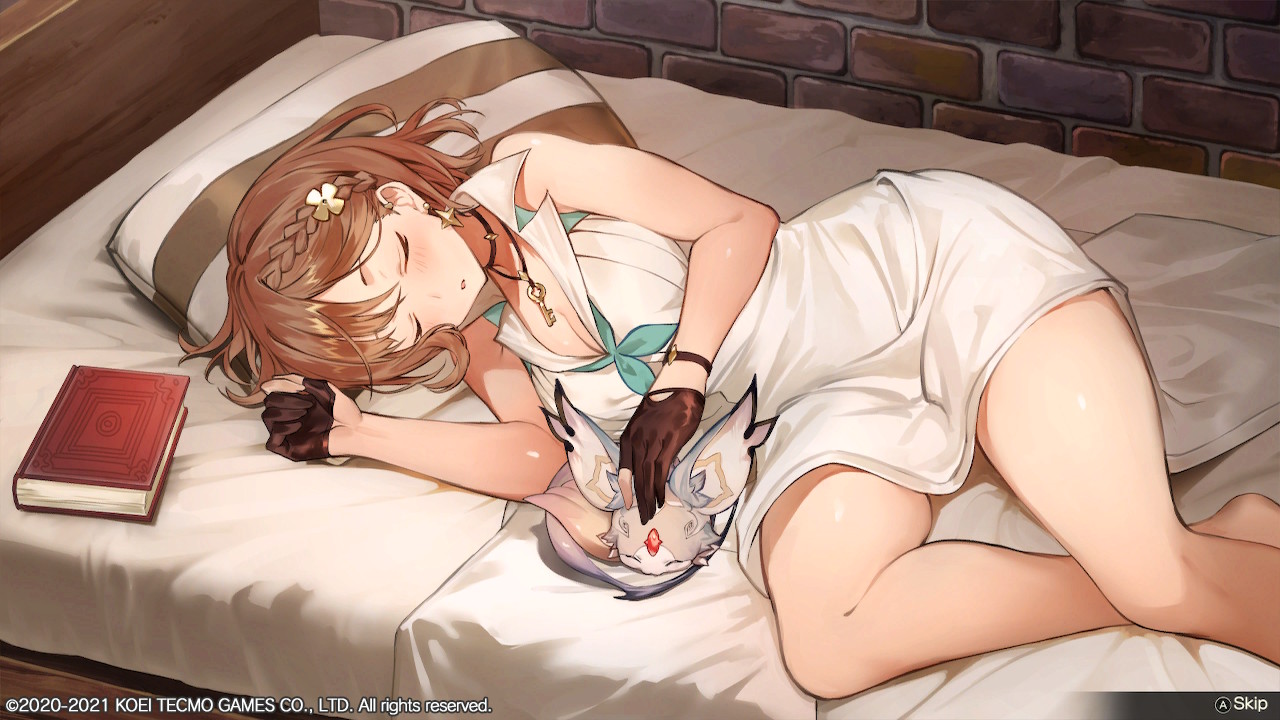 For more reviews, keep it locked at Final Weapon. To support more reviews and content like this, please check out the official Final Weapon Patreon page here and become a member!

Disclaimer: This product was NOT provided by Koei Tecmo and was purchased by the reviewer.

Genda to rebrand all SEGA arcades in Japan to GiGO arcades