Kingdom Hearts III: Re:Mind Review – A Remnant of the Past

Kingdom Hearts III: ReMind offers much-needed exposition for the casual fans of the story as well as incredibly challenging bosses for the more hardcore ones.

Kingdom Hearts III, one of the most brutally divisive entries in the series released roughly one year ago. Over the past year, the game has slowly faded into the void with little to no replayability for casual and more extreme fans alike. Kingdom Hearts lead director Tetsuya Nomura, however, gave the fanbase hope when he mentioned he would be releasing one large DLC package for $30 to give the game the sendoff it deserved. So, did it deliver?

Let me start off by saying I have always been an extremely big fan of the Kingdom Hearts series and have played every single game day one release, watched every movie, spent way too much on the phone game and so much more. I have fallen in love with not only the intricacies of the story but also the depth and complexities of the gameplay. When it comes to the Osaka games however, they have mostly fallen flat for me, and even with KH3, I originally loved it but slowly grew tired of it. I have become a challenge runner of sorts, completing multiple difficult runs such as playing the games on the highest difficulty at level 1, sometimes with no abilities equipped or using magic. I have come to appreciate everything the series has to offer, and I don’t consider myself in the casual demographic, but I can empathize with them all the same.

The Re:Mind DLC is split up into three episodes; The Re:Mind Story Episode, Limit Cut featuring some of the most arduous and brutal rematches against KH3’s main villains, and the Secret Episode which not only hints at the future of the series but also is home to an astonishingly difficult boss. Along with these three episodes, we are also given Data Greeting which is unlocked after the completion of episode Re:Mind and is an expanded photo mode with way too much freedom given to the player. Along with Data Greeting, there are also two new bonus menus added, one to make the game easier and one to make the game (a lot) harder.

Covering the initial focus of the DLC first, Episode Re:Mind answers a lot of questions that the base game presented to us. How did Xion come back? Why did Xigbar cut off in the middle of his speech in Olympus? How exactly did the Lingering Will come back, and how is Namine even alive? Why is Scala Ad Caelum so restricted? The storytelling aspect is clunky at times, and overall the entire situation feels a tad shoehorned in. I get it, it’s hard not to shoehorn in explanations to a game’s story that’s already been completed but it still just feels awkward.

Right off the bat, Nomura eases us in by explaining Sora’s return (again) is him astrally projecting himself to relive the emotions each previous heart that he seeks to reclaim has felt. This method of storytelling fits in well (for the most part) in explaining some of the more abstract situations and happenings throughout the Keyblade Graveyard. Along the way, you’ll fight some rehashed bosses and some new ones as well. Rewriting the past through these events feels inconsequential as we already knew the outcome of the story, but the added exposition is always welcomed.

Re:Mind really excels, however, when the new content picks up. I won’t spoil anything but there is a scene featuring a certain Disney character that absolutely blew my mind. I would easily pay $30 for that scene, let alone everything else we’re given. The penultimate climax starting when the guardians of the light face off against the Xehanort clones really sets the stage for what’s to come after. The final 25% or so of Re:Mind features some of the newest and most iconic scenes, including some fun banter between the guardians, to reinvigorate that feeling we’ve come to love of the characters interacting. Along with a few new musical compositions, and playable characters like Roxas and Kairi, Re:Mind starts slow, but really picks up in intensity as it nears the end.

With the completion of the roughly five-hour-long Re:Mind episode, the players are rewarded (or punished) with the Limit Cut Episode. This little story tidbit follows up on Sora’s disappearance, including a pseudo time skip of one year later with no sign of Sora, still. The story, however, is not the main focus point. Similar to the beloved data battles in Kingdom Hearts II Final Mix, there are 13 new and improved battles against the game’s main antagonists. This was definitely catered towards the crowd that was missing the challenge the series’ super bosses presented over the years. For people that have always been fans of the gameplay and boss design, this is perfection at its finest.

I completed these fights on critical difficulty at level 1, and even no damaged these fights, so let me tell you, these are HARD. Like, conceptually and mentally challenging. They don’t just test your mechanical skill, they test your brain power as well. Even on the lighter difficulties, because of the design philosophy, damage you take and deal only matters so much. It’s heaven on earth for a guy like me, but for the more casual fans, this can be a real barnburner. The only gripe I see a lot of people have, and I can understand this, is the secret episode is locked behind the completion of these fights. I personally enjoy that aspect but with fast pass available giving the opportunity to literally one-shot these bosses, it provides a nice balance.

Finally, the secret episode, which I won’t say much on, takes place where the original secret ending was. One of the most beautiful battle arenas in the entire series, and an incredible all-new original Yoko Shimomura arrangement, this secret boss will push you to your limits. The new secret ending is of course, ambiguous as always and leaves us with more questions than answers, but a twist that left me speechless.

So, to reiterate my first point and question, did the DLC deliver? You bet it did. I personally believe it appealed to both demographics without heavily alienating either side. The casual fanbase got some nice new dialogue, and enjoyable new content, whilst the more hardcore fanbase got what they wanted, exceeding expectations. This DLC isn’t for everyone, as the newcomers probably weren’t too keen on getting this anyways, but it really has something for both casual and those who enjoy a challenge. At $30 it’s a tad steep, but with the amount of content, unless you’re a super casual occasional KH fan, I would recommend this just for the bosses alone. The experiences I had were one of a kind, and it really brought that breath of life and joy back into a series that I slowly was falling out of love with. 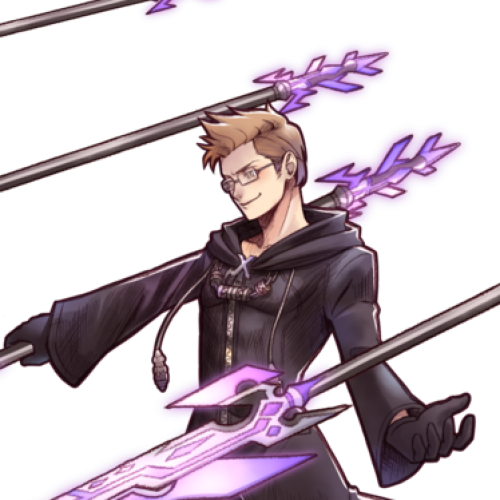 The exposition offered on the story's plotholes is a much-needed addition and the secret bosses are some of the best challenges in the series.Kingdom Hearts III: Re:Mind Review - A Remnant of the Past
Twitter