Nintendo's gearing up for a grand year in 2023.

What Are Developers Working On?

With 2023 now upon us, it’s time for fresh starts and new video games could be somewhere on the horizon. There are many mysteries regarding what developers are working on, and Nintendo in particular (among some others) has not said that much about their 2023 Switch lineup. Fire Emblem Engage launches this month, however, after that besides a few smaller titles, there is really nothing until May. There will definitely be some surprises somewhere along the line, and we don’t even know much about Nintendo’s (potentially) biggest game of 2023, The Legend of Zelda: Tears of the Kingdom.

In this article, we’ll lay out some possibilities for some of the surprises we could see Nintendo reveal in 2023. Some are more likely than others, and it’s possible none of these become true, however, it’s fun to just wonder sometimes. Imagine if Nintendo dropped a new Donkey Kong Country or that rumored Sheik game had a revival. Just imagine the possibilities!

Let’s start with the one that is probably more likely than others on this list. Back in early 2019, it was announced that the development of Metroid Prime 4 had restarted, with the title moving from Bandai Namco to Retro Studios. It’s been almost three years since that announcement, and we haven’t heard anything about Metroid Prime 4 in quite a while. The game could be Nintendo’s big holiday title for 2023, especially since there’s no big first-party title announced for that time frame at the moment. I know that games take longer to develop nowadays compared to when the original Metroid Prime was released, but it seems like it’s been so long since it was first announced. They must have something they can show us this year at least.

I’d say there’s about a 50/50 chance of Metroid Prime 4 releasing this year. I say this because sometimes Nintendo does a big reveal and then releases the game around 3 months later (like they did with Majora’s Mask 3D and Xenoblade Chronicles 3). Alternatively, they sometimes make an announcement, and then there’s delay after delay until it eventually arrives about a year later than originally intended. Metroid Prime 4 has obviously been announced, but a big ‘reveal’ with gameplay shown could occur at any time this year, including at E3.

In terms of the game itself, it could follow a similar style to the original trilogy and hopefully include quality-of-life improvements. I have a feeling the graphics will blow us away. However, whether the style will be realistic or stylized is still an unanswered question. There is so much hype for this game, and I am ecstatic to hopefully see a glimpse of it in 2023. Metroid Prime 4 would easily become one of the best action games in 2023, so hopefully, it does indeed release this year.

This one’s a bit of a long shot. Mario Kart 8 is almost nine years old (if we include its original Wii U release). There are new tracks releasing for Mario Kart 8 Deluxe (Switch) this year, but maybe we’ll reach a point when Nintendo decides to announce a new one soon. They could wait until the Switch’s successor, which is probably the most likely option, but there’s a small chance we could see it this year.

Sakurai is done with Smash Bros. Ultimate in terms of DLC, and the game is packed with new third-party characters which have been awesome. I doubt we’ll see a new Smash game in a while, but could Nintendo combine Smash and Mario Kart to create a combat racing game with characters from all across the video game world? I’ve heard rumors of this being potentially made over the years, although it could be just that people want it to be made rather than there being any legit evidence of it actually being developed. Imagine if the game revolved around two players on a kart, with the second player having a weapon. Then, if your kart collides, you could unleash an attack upon others.

Considering how well both Mario Kart and Smash Bros sell, a Smash Kart would definitely do really well. I honestly see this game as a legit possibility to be released at some point down the line.

Something Zelda-Related That Isn’t Tears of the Kingdom

The Legend of Zelda: Tears of the Kingdom is going to be a massive event, not only in terms of Nintendo releases but in terms of video games in general. However, could we see another Zelda-related game in 2023? Nintendo has said that they want to release a Zelda game every year, whether that’s a spin-off, a remake, or a completely original game. We didn’t get any new Zelda games in 2022, so maybe there’s still one in the pipeline that we don’t know about.

It has recently come out that Retro Studios had been in the early stages (in the Wii era) of developing a game based on the recurring Sheikah race from the Zelda series. Allegedly, the game used simple Wii motion controls and was canceled early in development due to some key members of staff leaving the company. There is concept art for the title and it looks like it would have been a very dark take on the Zelda series.

There are so many possibilities for a new Zelda game. Grezzo, the developers of Ocarina of Time 3D and Majora’s Mask 3D (two really well-made and accessible remakes in my opinion), are not known to be working on anything that’s been announced and could possibly be working on a new remake. Additionally, they also developed the Luigi’s Mansion remake for 3DS, which was a great remake. Grezzo is led by Koichi Iishi, who has been heavily involved in developing some great JRPGs including Secret of Mana. I’d personally love Grezzo to develop their own original Zelda game.

One of the first and best futuristic racing series, the F-Zero series has been dormant for over ten years. F-Zero X on the Nintendo 64 and F-Zero GX on the Gamecube are some of the most impressive video games ever made. The utilization of speed and the ability to render quickly in these titles was unprecedented at its time. People have been desperate for Nintendo to release a new installment in this series for years, but possibly because of a lack of a suitable development studio, we still haven’t had one.

I’d say there’s a slim chance a new F-Zero game could release this year, as there have been rumors that something F-Zero related will be announced soon. However, it could just be a port of an old game. Although if that game is F-Zero GX, people would be excited about it. An HD F-Zero would have so much potential, and the series has always sold relatively well. I don’t understand why Nintendo has let this franchise lay dormant, as I believe with the success of the Switch, an F-ZERO return would sell phenomenally. 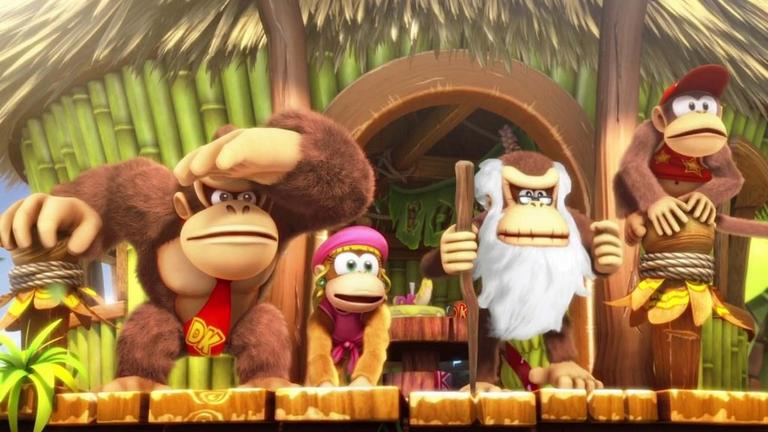 We know that Metroid Prime 4 is in development at Retro Studios and has been since 2019. However, Retro Studios hasn’t released a game since Donkey Kong Country: Tropical Freeze on Wii U, which was way back in 2014. What possibly could they have been working on between 2014-2019? We know that the Sheikah game was one project, however, it was canceled. It’s a possibility that multiple games were canceled, but because we’ve heard so little from Retro Studios over the last few years, I’d say it’s definitely possible that we get two games from them in 2023 (or at least the announcement of a second project).

Retro Studios have developed games from diverse genres, so it is still a bit of a mystery what kind of game they could have been developing alongside Metroid Prime 4. A 3D Donkey Kong has been rumored, although it is more likely that Nintendo would develop that game, in-house. Considering Retro Studios’ history with the Donkey Kong Country games, it is still possible that they are working on Donkey Kong. Retro Studio has kind of become the new Rare Ltd of Nintendo, so it’s surprising that their output hasn’t been better. This being said, the games they have released over the last twenty years are top quality, so there is always excitement for games by Retro Studios.

2023 Will Hold Surprises, Good or Bad

2023 could be a great year for gaming. There are loads of studios whose work is still secret, and also the E3 season will be returning in June. I think with Nintendo it’s either going to be a year with hardly anything besides Tears of the Kingdom, or they will unveil a load of surprises to make everyone happy. Have a great 2023!