Live A Live: Why You Should Play

The latest HD-2D offering from Square Enix is one that truly stands the test of time.

Originally released only in Japan for the Super Famicom back in 1994, Live A Live boasts ideas that were incredibly experimental, and challenged JRPG conventions of the era. One such example is that there is no single protagonist; the game tells its narrative through seven different main characters, with each taking place in its own time period in history. Breathing new life into the title with its newfound HD-2D art style, Square Enix has released a remake of this cult classic for modern audiences. However, quite a lot of big titles have been released in 2022, and it’s easy to understand why Live A Live has gotten a bit overlooked this year. As such, Let’s take a look at why I believe Live A Live is worth your time.

Live A Live’s story initially takes place over the course of seven different time periods. You have complete freedom to play them in any order you want, so go ahead and choose whichever one catches your interest! You are able to bounce between them at any time as well, so there’s really no pressure. Each story arc serves as a microcosm of humanity versus a greater threat, and some tell their stories differently from others. For example, in the Prehistory arc, you assume the role of Pogo, a young caveman in an era without speech. The Distant Future arc has you taking on the role of Cube, a robot who only communicates in beeps and boops. Even though you will finish each character’s chapter in a matter of a few hours or so, they are all worthwhile in their own right. Complete them all to unravel their deeper connection!

Live A Live’s battle system is a bit of a unique one, both for old-school games, and modern games alike! In battles, you are fighting on a 7×7 grid; your attacks will show you what space they will affect when selected. For example, the Shifu, from the Imperial China arc, has many different techniques that allow him to strike from a distance. The Present Day arc pays homage to 2D fighters, and gives you the ability to learn your opponent’s moves! Instead of MP management, Live A Live’s combat works on a time system. Some attacks are instant, while other, more powerful attacks will take longer to wind up. Be warned, attacks can be interrupted. However, this means that you can also interrupt your enemies’ attacks! Each chapter ends on a thematic “final boss” of sorts, which brings us to…

The Live A Live OST was originally composed by Yoko Shimomura, and she has come back to work her magic for the remake! It is notable as her first composer work with Squaresoft. The chapter boss theme Megalomania is a track you will hear often, and most likely have etched into your brain upon finishing the game. All the game’s music perfectly fits each of its respective story chapters. From the Distant Future’s more somber and ambient sounds to the Near Future’s jazzy and upbeat tracks, it is quite an eclectic array of music. Each track has been masterfully re-arranged for the remake and perfectly fits the mood of each and every story arc. The game even includes a sound test option, which is a welcome sight to see in a modern game! In fact, Square Enix even has the soundtrack up on their store available for purchase.

Square Enix has absolutely been knocking it out of the park with their HD-2D offerings as of late. Live A Live sits up there proudly alongside Octopath Traveler and Triangle Strategy. Although, I daresay Live A Live uses this art style a bit more effectively. The game is great at creating setpieces that really bring the experience to life, complete with camera panning that gives you a breathtaking look at what this style can really accomplish. Twilight of Edo Japan really shines in this regard, as soon as you start it up. You are given a beautiful pan of the scenery, which consists of an Edo-era castle under the ambiance of a hazy moon. Aspects like this are really what drove home to me the fact that this game is truly special.

I know I’ve really been singing this game’s praises, but you don’t have to take just my word for it. The game has sold over 500,000 copies as of September 2022. This is a pretty solid number for a somewhat experimental JRPG that’s been laying dormant in Japan for nearly 30 years. If you’re still unsure, the game has a demo available right now on the Switch eShop. It’s actually what helped sell me on the game! I strongly recommend this title to anyone who is a fan of titles such as Chrono Trigger, or Final Fantasy IV! With any luck, maybe the success of Live A Live will prompt Square Enix to remake those games in this same fashion. 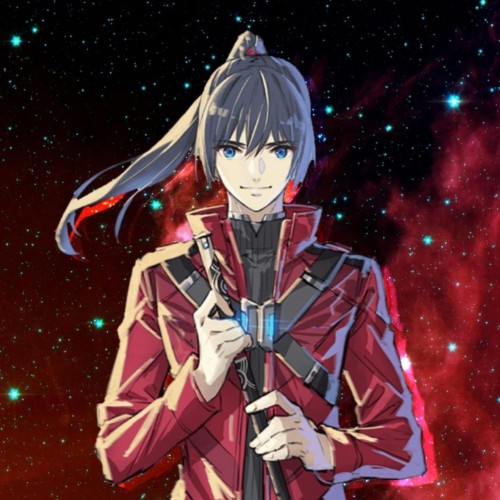 Avrazael
Zael is an avid fan of JRPGs, Nintendo, video game music, and Yu-Gi-Oh. He has been playing games since he was five years old and has an extensive knowledge of the medium. Some of his favorite video game franchises include Shin Megami Tensei, Xenoblade Chronicles, The Legend of Zelda, Fire Emblem, and many more.