34-page special features with interviews and a Q&A.

Famitsu revealed its November 17 magazine issue, which features a cover story for the upcoming release of Tactics Ogre Reborn. The new issue releases on Wednesday, November 2 due to Culture Day taking place as a major holiday on Thursday, November 3 in Japan.

Check out the cover art below via Famitsu: 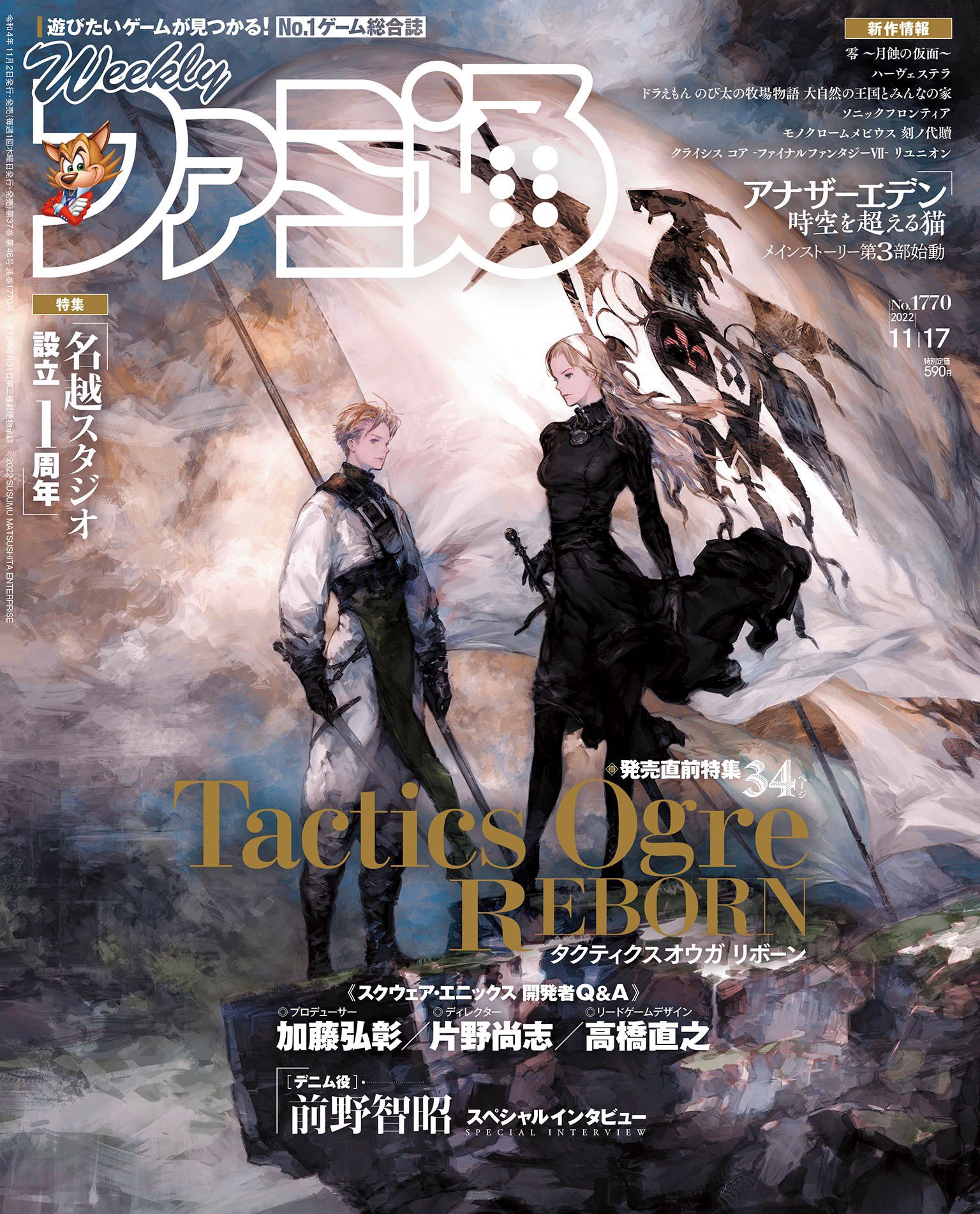 The November 17 issue of Famitsu also celebrates the 1st year anniversary of Nagoshi Studio. To commemorate one year since the studio’s establishment, Famitsu will publish interviews with Toshihiro Nagoshi and Daisuke Sato.

Blue Archive Featured on the February 16 Issue of Famitsu

Disgaea 7 Featured on the February 9 Issue of Famitsu

Fire Emblem Engage Featured on the February 2 Issue of Famitsu