Famitsu revealed its October 13 issue of the weekly magazine celebrating the 2nd anniversary of Genshin Impact.

Check out the cover art below via Famitsu: 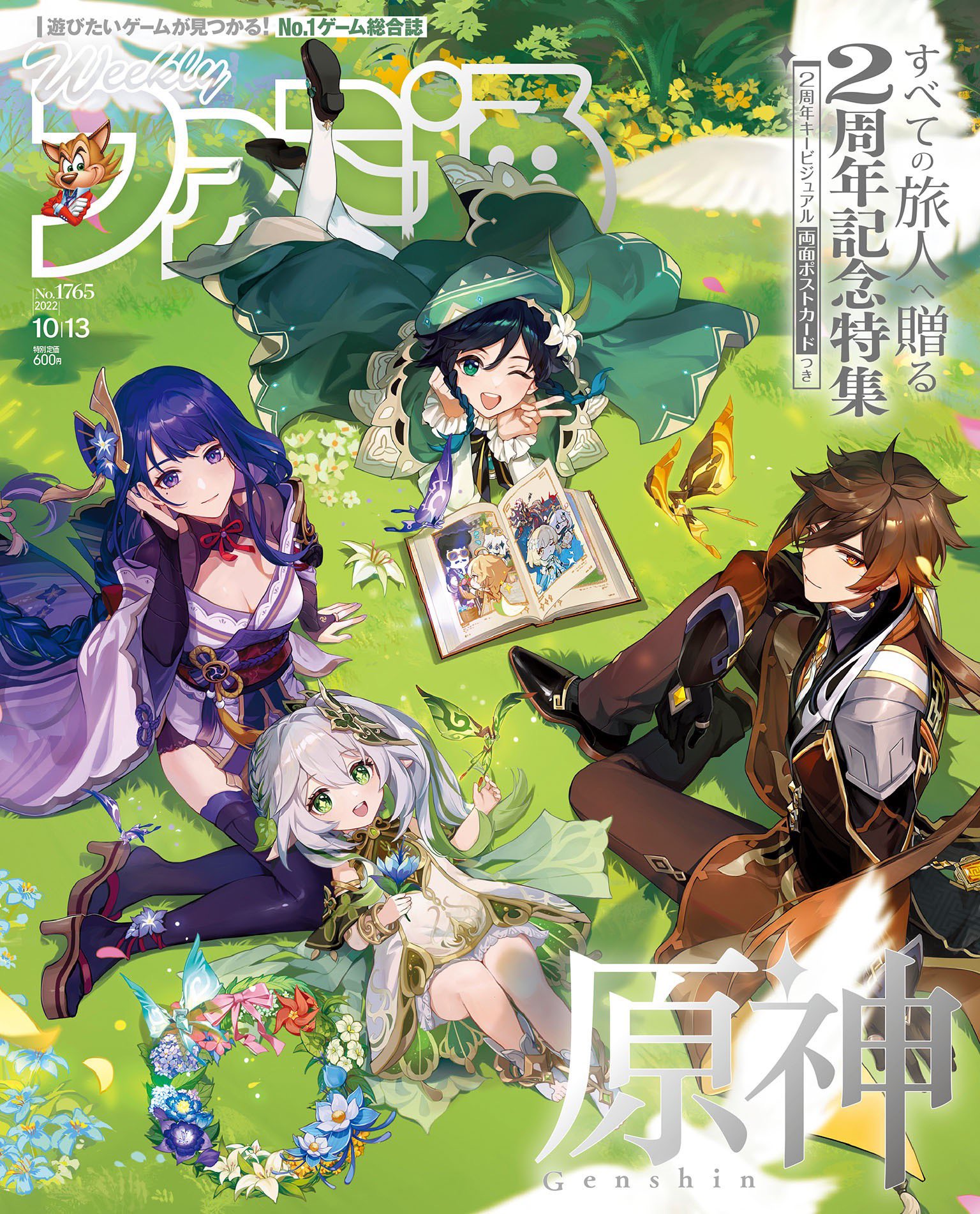 Famitsu will release the new issue on Thursday, September 29 at Ebten (Limited Edition), Amazon Japan, and Japanese retailers. The Ebten Limited Edition includes a large acrylic plate featuring a key visual of Genshin Impact and two pin badges of Raiden Shogun and Kujou Sara. Sales of the limited edition will end once sold out due to the very limited quantity.

During Tokyo Game Show 2022, HoYoverse held a special program featuring its current and upcoming lineup of games. A new trailer for Honkai: Star Rail was shown alongside 18 minutes of gameplay footage for Zenless Zone Zero. Furthermore, a new Genshin Impact anime by ufotable was revealed.

The Legend of Heroes: Kuro no Kiseki II -CRIMSON SiN- featured in October 6 issue of Famitsu