3goo president Nicolas Di Costanzo said, “Thanks to a great collaboration with the team at Dimps, we’re excited to be able to offer this  gorgeous Collector Edition for The Rumble Fish 2 to fans, which includes The Rumble Fish original arcade game.”

The latest details are available below via 3goo:

Developed for the Atomiswave arcade platform and debuting in 2005, The Rumble Fish 2delighted players with its flashy, technical gameplay governed by five buttons and two super move gauges and stood out with a unique, colorful cast of 16 characters punctuated by the game’s innovative “Smooth Model Animation” system, allowing for 2D sprite animation on a per-limb basis. Exclusive to arcades until now, this new release marks the first time The Rumble Fish 2 will ever be officially available on consoles and PC.

The Collector’s Edition will come in a beautiful outer-box featuring newly drawn visuals by YukinariZ, who created the character designs and artwork for the arcade version of The Rumble Fish. 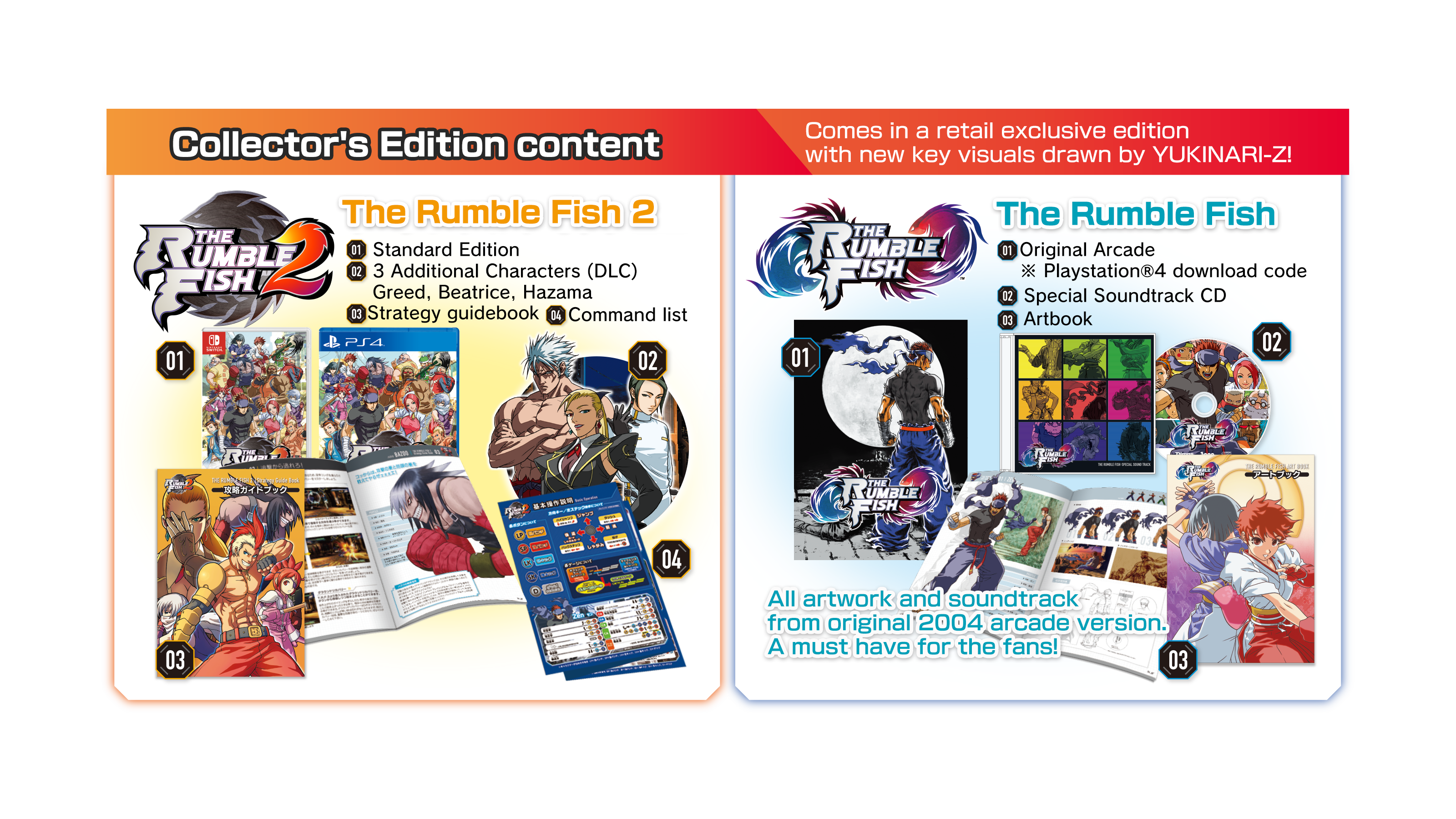 Visual novel Stand by You releases October 13 for PS4, PS5, and Switch in Japan https://finalweapon.net/2022/10/05/stand-by-you-releases-october-13-japan/