King of Cards Review: A Tale of a King

Yacht Club Games over the years has blessed fans with top of the line Shovel Knight content. With Shovel Knight: King of Cards, Y.C.G. has finally fulfilled all the goals they made on their Kickstarter. Let me say that they ended on a high note with King of Cards. The visuals, and gameplay are all spot-on. It really helps send Shovel Knight and its 3 other games off in a glorious triumphant conclusion that it deserves.

Shovel Knight: King of Cards story is nothing crazy, but it centers around King Knight and his path to becoming a true king. It all starts when a new game reaches their lands that is called Joustus. Joustus is a card game that everyone is playing and it has three Judges that watch over the contest as it goes on. Beat these three Judges or Kings rather and you will be crowned the King of Cards! King Knight sees this as his chance to become what he has always wanted to be, a king. A King that can order people around and do what he pleases, so he jumps on the Joustus bandwagon and sets off to compete!

Can’t forget that King Knight has his royal vanguard of rats that he has trained. They help him out by flying him into levels, or flying him out of them. The story itself took me around 11ish hours to complete. That is with me doing almost everything the game has to offer.

The gameplay of King of Cards differs from Shovel Knights. In this, King Knight shoulder bashes his way through enemies and secrets rather than swipe like Shovel Knight does. The nice part of the Shoulder Bash is that it will allow King Knight to dash in the air. Combine this with one of the many armors you can obtain, and it will allow you to dash longer and use it twice if you time it correctly! After hitting an enemy or a wall while shoulder bashing, King Knight will start twirling in the air. It acts similar to how Shovel Knight can bounce off enemies. The twirl is most useful for mobility purposes, but can also be used to dig up buried treasure! Like any other Shovel Knight campaign you will want as much money as you can get. Wouldn’t want to miss out on all the armor and abilities!

The biggest difference in gameplay is the introduction of the new Joustus mini-game.  Joustus is of course the new fad that has swept the lands. The way you play Joustus is simple. Get more gems than your opponent using different cards that push other cards out of the way. Don’t think you can put a card on gem right away either. One will need to be smart, and push their own cards on to gems. Be warned that your opponents can push your cards off too. Players will never not have cards either. The game makes sure you have cards at all times. You can get even more cards by beating opponents (get all 3 gems and you can steal 3 cards!), buy them from good ole Chester, or acquire them in chests!

When I first saw this mode at E3, I wasn’t that interested in it. It wasn’t popping out at me like I would have hoped it would. Of course I will eat those words, because Joustus is one of the most fun card games I have ever played. I challenged everyone I could in the game, because I couldn’t get enough of it. It is so fun that I have been meaning to go back and challenge the characters again, so I can obtain the cards I haven’t acquired yet. I’ve seen some ask Yacht Club Games to release a board game of Joustus, and I fully support it. More people should see how fun Joustus really is. There is a lot too it, that makes it more than a normal card game.

While I gushed about Joustus, it ultimately felt that it dampered the campaign of the game. Even with it being the focal point of the story, you never actually face down the judges in Joustus. While the game explains that you don’t need to necessarily beat them in Joustus (Just need to beat them in something). It feels like it doesn’t matter that the rules are there then. All of this just seems to drag the story down in my opinion. Why not have both happen? In the first phase you face them in Joustus, and then battle them normally (This DOES happen only one time and it is optional). It leaves me feeling meh about the story. Especially knowing the end result of King of Cards going into it.

Another minor flaw, but there isn’t a lot of new music tracks in King of Cards. Most of it is reused, but the few new tracks I heard were great. The music that is reused is still amazing, but I wish there was more, because I love the Shovel Knight soundtrack. Overall not that big of a deal, but it still is a little sad to hear.

Shovel Knight: King of Cards is a wonderful send off to a franchise I have grown to love over the years. I am truly going to miss these new campaigns Yacht Club Games digs up for us. These 5 years of Shovel Knight Content have been such a treat. King of Cards is one of the best Shovel Knight games made even with the two flaws I have with it. Even with the two flaws, I see myself going back to it often and loving every Joustus match I can get my hands on. 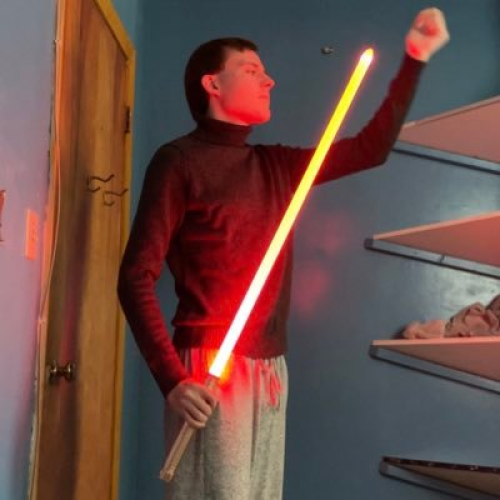