The latest issue of Weekly Jump has announced that My Hero One’s Justice releases on March 12th 2020 in Japan! The issue also confirms Sir Nighteye as a playable character. He can use “Foresight” to see an enemy’s oncoming attack. There is also a new “Sidekick Plus Ultra” skill that allows players to summon their sidekick for a Plus Ultra attack. 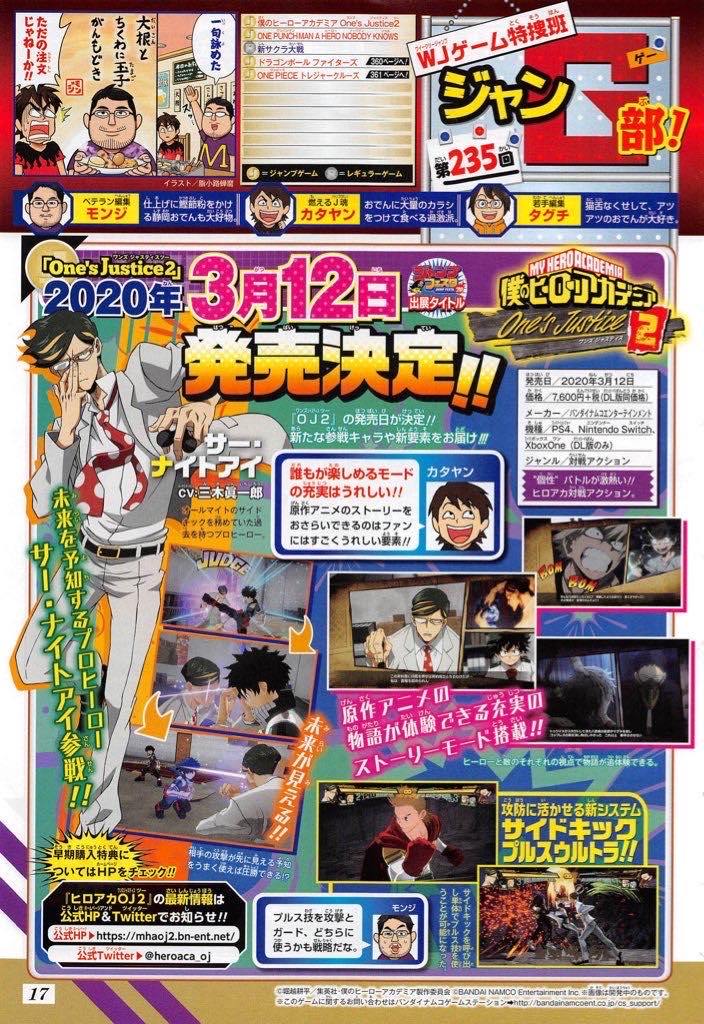 In the west, My Hero One’s Justice 2 releases on March 13th 2020 for PS4, Xbox One, Switch and PC. Stay tuned at Final Weapon for the latest Japanese gaming news!