The Nintendo Labo Toy-Con 04 VR Kit Starter Set and variety kit released on April 12th 2019. These Nintendo Labo kit is Nintendo’s first return to virtual reality since 1995 with the failed Virtual Boy. The starter set is the Labo kit I purchased. This comes with the Toy-Con VR Goggles, Toy-Con Blaster, and the Toy-Con Windmill. The Toy-Con VR Goggles take about half an hour to an hour to build. The building process if very smooth. The directions are also very informative and easy to understand. The quality of the cardboard and plastic lenses are very sturdy. Accidentally breaking or tearing the cardboard or plastic lenses was not something I worried about. You slide the Nintendo Switch into the VR headset to start playing. My initial reaction was “Nintendo did it again”. The quality of the VR is good enough. It works. VR Plaza offers 48 VR mini games. The first game is “Welcome to the VR Kit!”. This game introduces Nintendo’s own VR bot. It also introduces the controls for these mini games. You can jump around in this game and also shoot blocks and other targets. Most of these mini games truly are mini games. The second game, “Jump and Destroy” is a prime example of that. All you do in this game is jump with Labo bot and try to hit blocks while in the air. The third game is “Bomb Hockey”. This is basically Pong 3D. The fourth game is “Climb to the Finish Line”. This is by far my favorite mini game. In this mini game the goal is to climb through 3 Donkey Kong like obsticals. Once you finish all 3 levels you save a mermaid. The fifth game is “Car Driving”. You drive a car. “Car Battle” is the sixth game. The goal is to smash cars with your car. “UFO Pilot” is a game where you fly around as a UFO. In “UFO Crane Game” the goal is to pick up apples with a UFO Crane. The ninth game is “Wobbly Dancer”. Using the right Joycon you pick a doll and make him dance. In “Animals Galore” you play with animals. As you can tell these games are very very basic. The rest of the games include Zero Gravity, Kitchen Capers, Shootin’ Hoops, Boomerang!, Good Aim!, Bat and Ball, Pinwheel Blow, Pinwheel Targets, Pinwheel Spinner, Pinwheel Inflation, Tilt and Roll, Hamburger Chef, Go Fishin’, Snippety Scissors, Boxing Practice, Goalkeeper, Psychic Powers, 100-Bounce Challenge, Break Through, Build a Tower, See-Saw Balance Plinky Pinball, Record Player, Big Old Book, Making Music, Giant Crane Game, and Tilt Maze. A majority of these games were average VR experiences. I do wish there was more too these mini games.

The Toy-Con Blaster took around 2-3 hours to build. There were 5 different steps to this. This was the only Toy-Con that had its  own big separate game in the Starter Set. Its a first person shooter VR experience called “Blaster”. There are 3 different bosses in this VR game. In total there are 5 levels. Each level has 3 sections. The level names in order are Downtown Defense, Robo Crab Assault, Nest of Nightmares, Cobra City Campaign, Steel Rail Ruins, and Spaceship Slimefest. This game took about 1 hour to complete. It is by far the most complete and fun game in the Starter set. Kablasta is the second game for the Toy-Con Blaster. It is a multiplayer VR take on the classic “Hungry Hungry Hippos” game. There are four mini games for Blaster. “Blaster Blastin’!” is a game where you shoot shapes at a target. “Blaster Snipin’!” is a game where you snipe a target. “Blaster Bowlin’!” is a puzzle mini game. You have to destroy targets to get a ball to a target. This is my favorite blaster mini game. “Blaster Climbin’!” is a mini game where the goal is to kill all the targets while climbing the inside of a building. This is also another very good and complete mini game.

This headset relies on the Nintendo Switch’s 720p 60hz display. 60fps works surprisingly well for Virtual Reality. The problem relies more on the resolution side. It is occasionally hard to read text in games. I would hope a future iteration of the Nintendo Switch would have a 1080p display to fix this issue. For me, there’s was no signs of motion sickness at all. This varies from person to person. You do feel surprisingly immersed in some of the games. During the “Blaster” game I really felt like I was in that world. There is a screen door effect. It is more noticeably in some games than others. The screen door affect becomes a non issue as you continue your playthrough. One of the gimps of this headset is the lack of a head strap. Labo encourages coming up with your own creations, so I’ve actually constructed my own head strap at home, but the lack of a official one is really disappointing. I hope in the next Nintendo Labo set they include a head strap. If we compare this headset too a more powerful high end headset such as the PlayStation VR, it’s obviously worse in many ways. One major way it one ups the PSVR though is the 360 degree head and controller tracking. This is lacking on PSVR. Virtually everything else about PSVR is better though.

In conclusion, The Labo VR Kit Starter Set is well worth the retail price of 40 dollars USD. A majority of the games are very lackluster though. The building process is very smooth for the Toy-Cons. I hope in the future Nintendo releases more complete games for games such as “Blaster” or “Climb to The Finish Line”. I very much look forward to trying Mario Odyssey and Zelda: Breath of the Wild in Virtual Reality this week. This headset has a lot of potential, and its Nintendo’s responsibility to act on that potential.

Nintendo Labo VR Kit Starter Set scores a 6/10 from me. 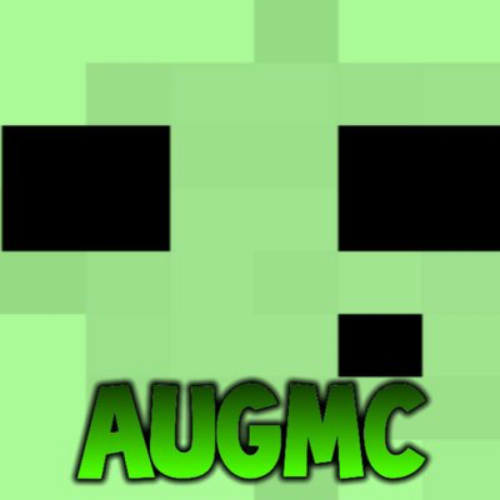