The best ways you can explore the wonderful world of Persona.

It’s kind of hard to remember a time when Persona wasn’t so ubiquitous with JRPGs in the west. Persona 5 was a runaway hit for the franchise and gave Atlus the confidence to rerelease some of the older titles for modern hardware. In celebration of Persona 3 Portable, I want to help new fans of the series figure out which titles would be best to tackle and what each entry of the series brought to the table. Maybe this guide will help you appreciate some of the older games. So let’s explore the weird, wide world of Persona games!

What is a Persona?

Persona is a spin-off series from Atlus’ historic JRPG franchise Megami Tensei. Starting its life on the Famicom in 1987, the series focused on the end of the world as you fight against demons and gods alike. Persona took the enemies and the general aesthetic of Megami Tensei and focused more on characters over deep themes. Instead of the apocalypse and philosophy, Persona was about a group of high school students fighting against the forces of evil. It was less operatic than Megami Tensei and borrowed more from popular anime tropes.

Shin Megami Tensei: Persona or as it’s known in the west, Revelations: Persona was released on the PlayStation on September 20, 1996. The game was later ported to PSP where it retained more of the Japanese original content compared to the original censored American release.

Persona 2: Original Sin and its direct sequel Persona 2: Eternal Punishment were released on the PlayStation in 1999 and 2000 respectively. Both were later ported to the PSP and are the only two Persona games that are direct sequels to each other and contain one singular story.

Six years later, Altus released Persona 3 on the PS2 on July 13, 2006. It featured an eclectic cast of high school students who summon their persona by shooting their heads. The major feature this game pushed was the simulation mechanics that make the series so famous. School day cycles are where you can choose when to go dungeon crawling and when to hang out with your friends. Persona 3 FES was an extended version released in 2007 that acted as an epilogue for the game and was later dubbed as the director’s cut. The game was then ported onto the PSP as Persona 3 Portable in 2009 and is the source of the new remaster coming out later this month.

Only 2 years later Persona 4 was released on July 10, 2008. Persona 4 further improved on the mix of RPG and simulation mechanics by giving a larger and more varied selection of characters to talk and interact with. This time around the story is told through a mystery setting where you and your gang have to stop a serial killer in a small town. Further tweaks to the gameplay and presentation made the game fresh and less tedious than its predecessors. It was ported numerous times over its lifespan. The major port was Persona 4 Golden which was an expanded version of the game released on PS Vita. It added new social links, new dialogue, and even a feature where you could invite friends to help you in dungeons. This port was later released on PC in 2020 and all major consoles in 2023.

Last, but certainly not least, Persona 5 was released on September 15, 2016, as a PlayStation exclusive. This title follows the exploits of the Phantom Thieves as they attempt to stop a series of corrupt adults from destroying the world. Persona 5 introduces a stealth component where you can from cover to cover to avoid enemies and traps. Persona 5 is by far the most popular of any of the Persona games, with the main character Joker getting into Super Smash Bros. Ultimate. Persona 5 received an enhanced edition very similar to Persona 4 Golden which introduced new content to the game. It added a third semester, a new party member, and a brand new dungeon making the game a beast content-wise.

What Order To Play Them In?

Persona is a unique series where none of the games rely on you to play the previous and each one has a brand-new cast. There might be a reference here or there to a previous game, but it’s all superficial. So don’t listen to anyone saying you need to start with Persona 1 because all the games are standalone. Chronologically you can play all the games in order from the oldest game to Persona 5.

Would I recommend this order? Not really. The first few Persona games were really important history-wise for the franchise but have not aged the best. They may be off-putting to new fans who enjoy the flashy presentation of the newer titles. I recommend starting with Persona 5 Royal and working your way down the ladder. It’s the most polished title in the series and is a good test to see if you will enjoy the other titles. That way you don’t need to suffer through the first few titles if you just aren’t feeling it.

I would also avoid any of the baseline versions of the games because they are either heavily censored or lacking in content. Golden and Royal are just superior games in general that have way more content and improvements over the original. This can also give you an appreciation for just how much the series has evolved over the years.

The most official way to play these games with modern hardware is through the ports. Persona 5 is available on PC and all modern consoles, with the ports of Persona 3 Portable and Persona 4 Golden coming out in a few days. The first two Persona games have ports on the PSP but they are not available on any modern platforms.

Another way to play these games is on their original platform. So you can buy the first two games on the PlayStation as long as you have the cash. Persona 3 and 4 are available on the PS2 and Persona 5 was originally exclusive to the PS3 and PS4. The only problem with this method is that Atlus games are super expensive. I collect retro games and I even I don’t have these games on their original console. Even the PSP and PS Vita ports are pretty pricey. Just for reference, Eternal Punishment is over $300 for the disc alone which is not a feasible price for most gamers.

Thankfully, you do have other options when it comes to playing the old Persona games. Emulation has been coming a great way to experience old games without having to play these games on their original consoles. As long as you have a physical version of these games, you can emulate them on a variety of PlayStation emulators. Some emulators that I would recommend are Duckstation and ePSXe for the PlayStation. Both are easy to use and start running game files. For the PS2, I recommend the PCSX2 emulator, which I use whenever I emulate my PS2 games. Fair warning, the only legal way to emulate these games is if you own the games physically, so please do keep that in mind when considering this option.

With Persona being a series that has endured for over 2 decades, it is no surprise that there are a handful of spin-offs. The first major spin-off was Persona 4 Arena which was a tournament fighting game created by Arc System works. The same people who made BlazBlue and Dragon Ball FighterZ created a fighting game that acts as a continuation of the events of Persona 4. It recently got an enhanced rerelease on Steam which makes the game a very easy buy.

Their other major spin-off series is Persona Q, a non-canon adventure with a cast of multiple Persona games. The gameplay borrows from the Etrian series meaning that it’s a dungeon crawler with RPG elements. Both Persona Q games are found on the 3DS and are great fan-service-filled adventures. Reminds me of old Pokemon Mystery Dungeon games that used to be good.

Persona Dancing is the last major spin-off series with 3 major titles. Each game features the cast of one of the Persona games as you dance to a series of tasty tunes. The games are very silly and do not take themselves too seriously. If you enjoy rhythm games then these are a great choice for any fan. The only game to mention is Persona 5 Strikers which is Dynasty Warriors mixed with Persona. It’s a direct sequel to the events of Persona 5 and allows you to be absorbed in that world for one more adventure.

There is a reason Persona has endured so long with such a loyal fanbase. Through all the trouble with development and getting the games out in the west, Persona is a franchise filled to the brim with passion. Every game has been crafted to be an amazing experience that anyone could enjoy. I hope that this guide has helped give you the courage to pick up one of these titles because when you do, you will never stop. 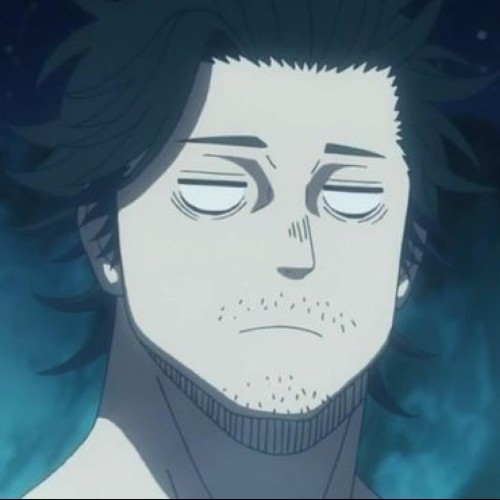