Persona 4 Golden will be available on January 19 for the Xbox One/Series X/S, PS4, Nintendo Switch, Windows 10 Store, and fans are eager to get their hands on the game despite its age. Truly, Persona 4 is a remarkable game. Though, the game’s re-release means one thing: mods! Lots and lots of mods.

From descriptions to battle mods, Persona 4 Golden offers a variety of mods that players can choose from to download for their personal copy. If you’re not sure which mods to get, fear not! In this article, we have listed five of the best mods for Persona 4 Golden PC!

Important to note: You will need a mod loader for the game to make the mods work as intended. It is also good to check whether it’s compatible with Steam or GamePass (or both).

Starting at number five, we have the Detailed Descriptions for P4G which adds a great number of additions to the game. It attempts to rectify the problems that the base game has with new texts that can help the player while sticking as closely as possible to the game’s established writing style.

Although this is a standalone mod, the author of the mod mentioned that they have faced issues with the base game’s font, so they recommend you pair the mod with Pixelguin’s “Slim Font” text mod for the best legibility.

Some things that this mod adds in descriptions are:

Are the skill icons too boring for you? Maybe it’s the same color, and it confused you while playing the game. Do you simply want a little more flair to your game? Then we have the thing just for you! This mod made by Pixelguin is here to solve those problems!

It’s a simple overhaul mod that adds different shades of colors to your game’s icons, which can help you easily identify which skills you need to use, identify which part of your inventory you are looking for and it allows you to avoid further confusion that the base game icons could bring.

Not only that, but this mod also offers three styles of colored icon sets for the game:

Important note: This mod requires the Aemulus Package Manager in order to work.

Do you want the best for your team? Perhaps you want to give a little spice to their icons and colors? If the answer is yes to either of them, then you’re in the right place! This mod changes the colors of the party panel in both dungeons and battles alongside HP and SP bars to change according to the colors of the teammates that are in your party.

The mod also attempts to apply minor fixes to the vanilla party panel, like smoothing out rough edges, cropping artifacts, etc. It’s the go-to choice for players who wants to add more life to their party panels!

Additional requirements for this mod are:

Yu Narukami’s summon cards are nice, but what if your party members could do that too with their own arcana card arts? Well, this nifty mod answers that what-if question! This mod gives the characters their respective arcana cards when they summon their personas. All of the card arts are taken from Blazblue Cross Tag Battle and the P4 anime, while Yu keeps his card empty since he can use Personas from all the arcanas.

This mod replaces the controller UI with all-new button prompts, with a focus on accuracy and legibility. It redesigns everything from scratch for modern controllers. It’s useful for those who prefer the other controller layout instead of the default. The list follows:

P4G Nightmare Mod Difficulty by SCArkadia (and co. Check the link for the full credits).

Do you revel in defeating enemies that are beyond your level? Or perhaps you want to challenge yourself by limiting your level while taking on scaling levels that enemies have to offer? Whatever the reason may be, there’s a mod that can scratch those itch! This mod cranks up the difficulty level beyond 10. Stuff such as Shadows’ HP and SP scaling the more you advance in the game, Shadows’ Statuses like STR, MAG, END, AGI, and LUK are drastically increased, and more!

P4AU Follow Up Portraits by wxnder (original mod by ruidger_gb. Check the link for full credits).

Tired of the old follow-up portraits that the base game has to offer? Well, if you’re looking for a nice change of scenery, this mod can show you a brand-new world! The mod replaces the old follow-up portraits with new portraits taken from P4 Arena Ultimax, making everything look fresh and brand new! This mod was initially started by ruidger_gb, but was too busy to finish it, and the mod was completed by wxnder on their behalf.

This mod isn’t essentially a game changer or anything, but if you’re looking to add a little bit of comedy to your gameplay, then the Hiimdaisy character portraits mod is the solution to that! This ingenious mod replaces your party’s team icons with drawings taken from Hiimday’s hilarious Persona 4 comic, dubbed and uploaded on YouTube!

And on number 1 is Tiny Additions created by AnimatedSwine37. It is a mod that sprinkles little bits of additions, breathing in a new life to the base game and its features overall. It significantly enhances the player’s immersion in the game with its additions, making it one of the best mods that the modding community has to offer for Persona 4 Golden on the PC.

The mods listed above should be enough to liven up your game! Should you need to look for more mods that weren’t featured in this article, you can simply go to Gamebanana.com for the complete list! Just remember to be safe and smart, download mods that are uploaded to safe sites for the best gameplay experience! 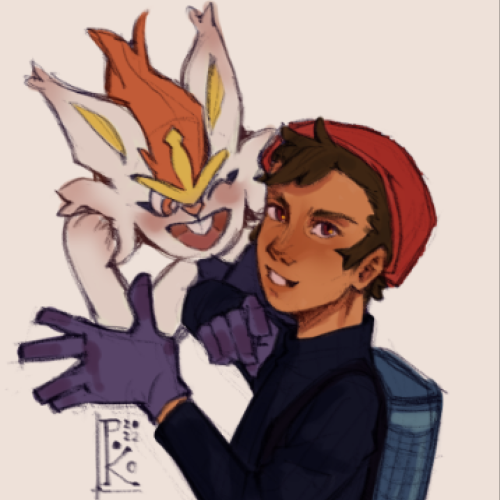