The new Famitsu issue releases on August 25 with a 20-page special feature about Soul Hackers 2. Readers can expect developer interviews with key staff at ATLUS such as producer Eiji Ishida and director Mitsuru Hirata.

Check out the new Famitsu cover art below: 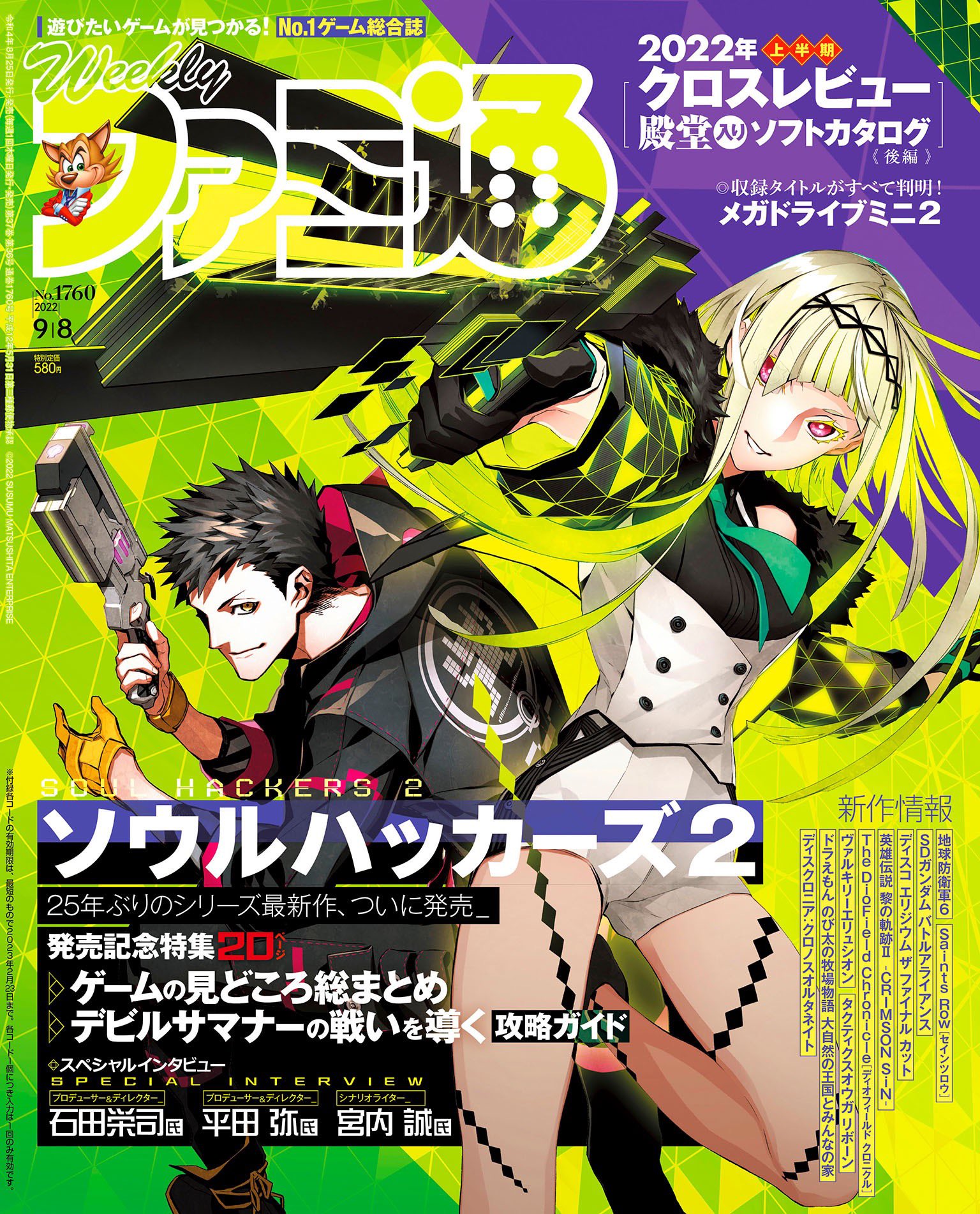 Additionally, new details about upcoming games such as The Legend of Heroes: Kuro no Kiseki II -CRIMSON SiN- and The DioField Chronicle will be featured in the new issue. Famitsu’s September 8 issue is available for purchase through Amazon Japan.

Soul Hackers 2 releases on August 26 for PS4, PS5, Xbox One, Xbox Series X|S and PC via Steam. Our full review of Soul Hackers 2 is available here at Final Weapon. Lastly, here’s an overview of the new RPG via ATLUS:

Amidst the glimmer of neon lights, technological advancement causes humans to be consumed by commercial convenience. In the shadows, a war between the Yatagarasu and the Phantom Society is brewing, Devil Summoners who harness the otherworldly powers of “Demons”.

Existing in the secret sea of humanity’s data, a digital hivemind has evolved into sentience: Aion. Observing humankind from afar, Aion calculates that a world-ending disaster is imminent and creates two agents to combat against it: Ringo and Figue.

Together, these agents of Aion must investigate and prevent a butterfly effect that will lead to the end of the world.