Aquadine will be sold digitally across all platforms for $19.99, and the visual novel is currently available now for PC via Steam worldwide.

“With the exception of the epilogue, Aquadine is written in third-person perspective which allows additional scenes from the heroines’ private lives, especially with family, and it wouldn’t feel natural if the main character is always present,” said Brian Trieu, Director of Aquadine. “Visual novels are traditionally told in first-person so the readers could immerse themselves through the main character’s eyes and make choices, but we wanted to explore other options. This approach itself is a challenge, because it can be risky to commit to something different from what’s expected. The third-person narrative without choices enabled the flexibility to flesh out major characters much deeper than what can be told in a simulation.”

The latest details are available below via Ratalaika Games:

Aquadine is a  beautiful kinetic visual novel where most of the crafted  story is pretty straightforward and totally immersive. Players will initially learn more about Aquadine’s characters and culture, giving everyone a chance to see which characters they may like to follow in a casual environment before the story gets more serious.

A character select screen will then appear that depicts four main characters: Anya, Diana, Cameron and Elisabeth. Clicking any of them will lead players to that route, and they can be read in any order. If all four are cleared, an epilogue titled Memories will be unlocked at the start screen. That is the true ending of the story. 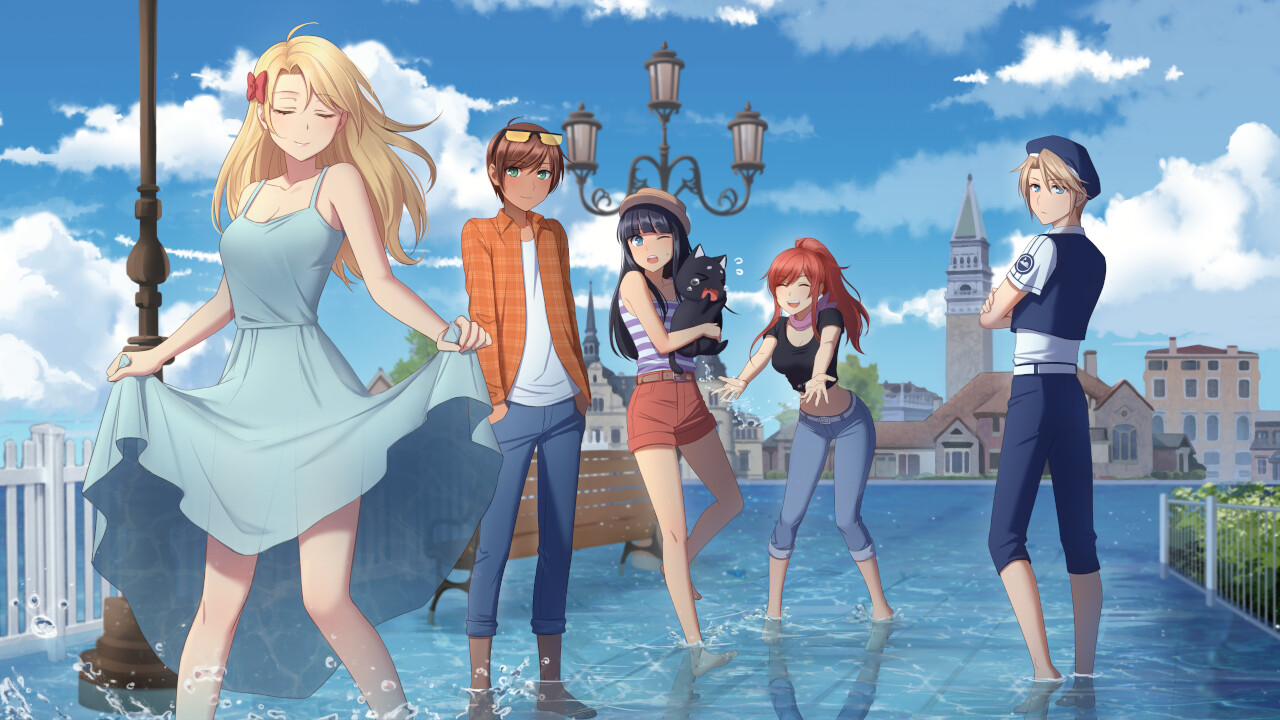 Each of the main characters are memorable in their distinct personalities, their speech patterns, and their own stories. There are many fun scenarios where the main cast interacts with each other in the common route and while players are experiencing one route at a time, the other main characters may still be important to them. Everyone is connected, and reading all four will unlock the important epilogue.

Aquadine is a very special town where one could take a vacation and really embrace the beautiful scenery. It’s rich in culture and mythology while inhabited by many lovable characters. The most unique feature of this visual novel would have to be the town of Aquadine itself.

While this setting draws much inspiration from Venice, the mythology is actually about an ancient merfolk civilization. Players will witness how this intertwines with the modern day setting and the importance to the overall plot. The protagonist’s mother also has a very strange combination of symptoms that has never been seen before. 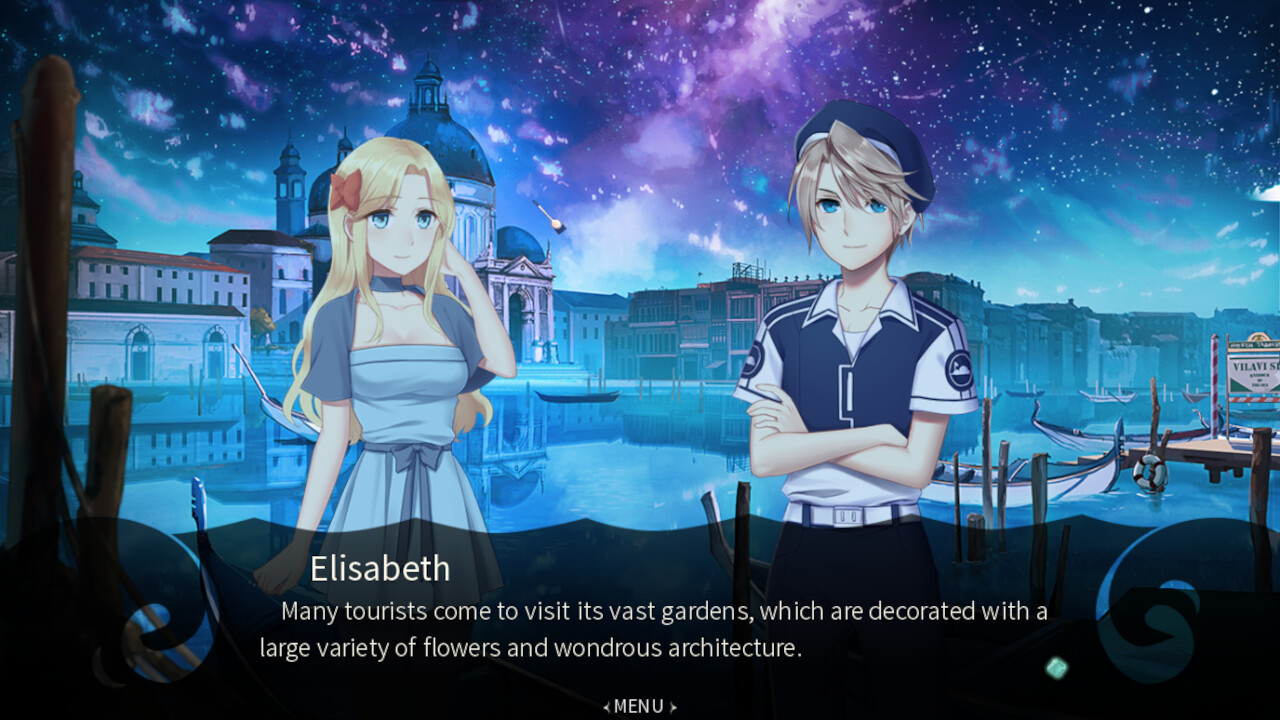 As players go deeper into the story, they’ll slowly uncover the many secrets inside. One of the most memorable early scenes is an encounter with a beautiful mermaid. But much like Ciel, she also has her own secrets. Players will learn a bit more about her before the heroine routes diverge into four different options. There are too many memorable scenarios to list. They’ll discover the mermaid’s true identity, enjoy Diana finally bonding with her excessively strict mother, witness Cameron savagely beat the living crap out of her martial arts team, learn how Elisabeth comes to terms with her trauma, and feel how desperate Ciel is as he does whatever it takes to save his mother.