LIVE A LIVE featured in the August 4 issue of Famitsu

Famitsu revealed its August 4 issue releasing on July 21, which includes a special for the new LIVE A LIVE HD-2D remake.

Check out the Famitsu cover art below: 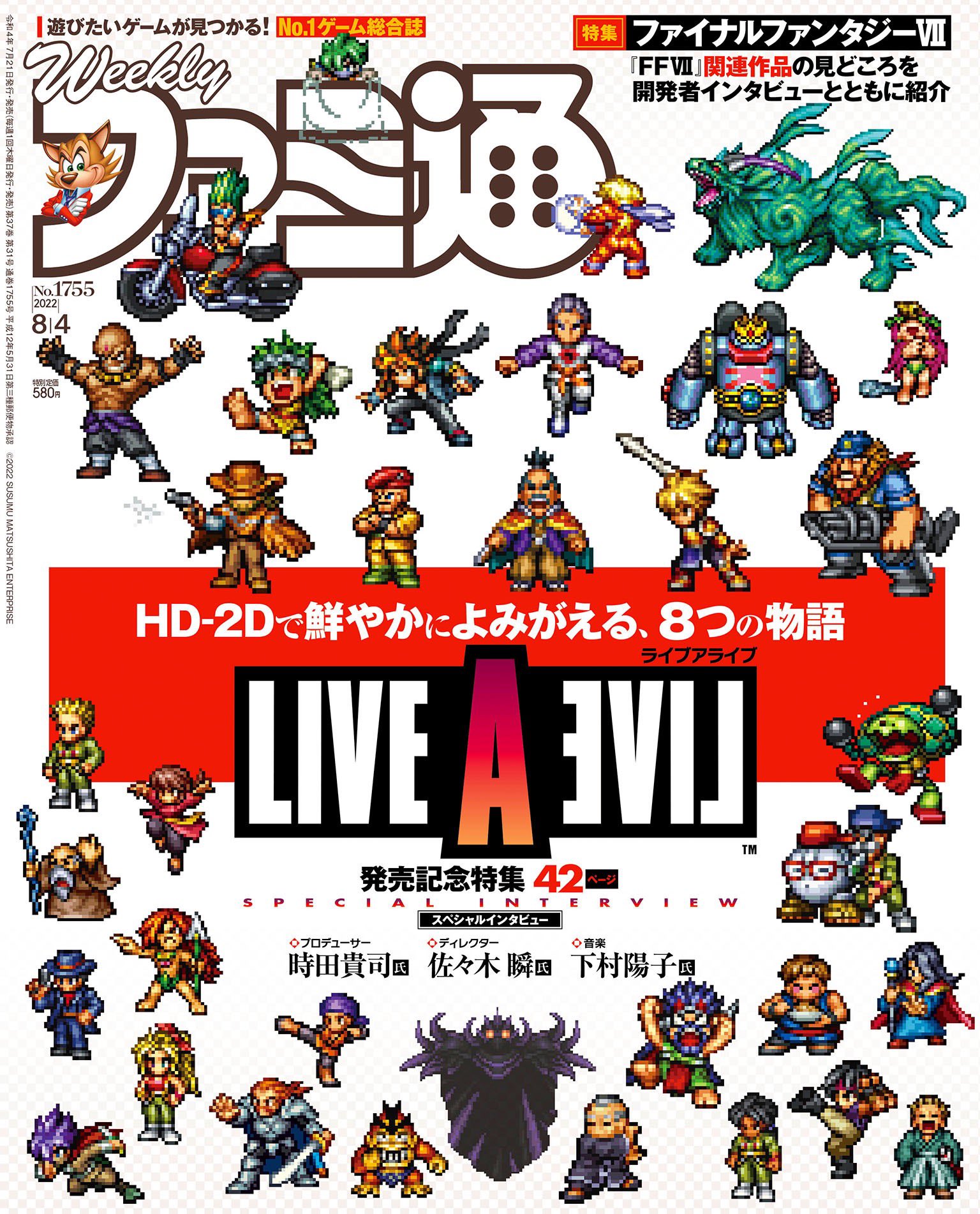 The August 4 issue of Famitsu also features the latest announcements and news regarding Final Fantasy VII titles such as Final Fantasy VII: Rebirth. Readers may purchase the new issue over on Amazon Japan.

LIVE A LIVE releases July 22 for Nintendo Switch. Lastly, read up about the remake below:

A classic RPG reborn in HD-2D for its worldwide debut

This storied RPG directed by Takashi Tokita, known for his work on CHRONO TRIGGER and FINAL FANTASY IV, has been revitalized in the stunning HD-2D visual style and is being released outside of Japan for the first time. Each story features rearranged versions of the original music written by KINGDOM HEARTS series and FINAL FANTASY XV composer, Yoko Shimomura.

Play as different heroes throughout the ages!

Discover a series of interwoven tales stretching throughout time—and the truth behind their shared history.

You can explore any of these seven stories right from the start. Which will you choose first?

Craft weapons and armor for survival as Pogo, hide from foes with shinobi techniques as Oboromaru, and use your psychokinetic powers to read minds and defeat enemies as Akira.

Each character has a distinct set of abilities and mechanics that change their gameplay. Utilize these character-specific abilities to excel in combat and progress through each chapter.

Explore each era in a stunning HD-2D visual style that blends 3D environments and modern effects with pixel-art characters and details.

Visual novel Stand by You releases October 13 for PS4, PS5, and Switch in Japan https://finalweapon.net/2022/10/05/stand-by-you-releases-october-13-japan/