Compile Heart shared a ton of new details for Hyperdimension Neptunia: Sisters vs. Sisters following the release of Famitsu’s January 27th issue! Details about the battle system, photo mode and the Chirper system are available below, courtesy of Gematsu: 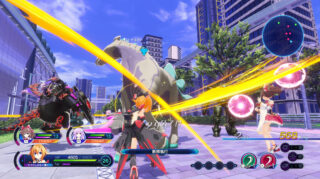 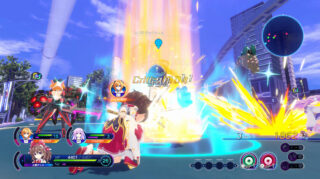 The battle system combines “action” and “strategy.” Utilize various commands, Combo Skills, Tactical Skills, and Chain attacks according to the situation to win each battle. 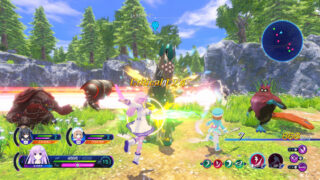 Fight in real-time battles with three party members. The characters you are not controlling will be controlled by the computer. Combat requires strategy—consider the distribution of each character’s AP, switch between characters, and utilize the skills of your entire party.

Freely customize your Combo Route to create an attack style all your own. Easily unleash original Combos with the press of a button. 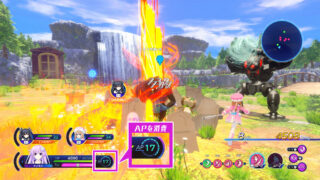 You can unleash Combo Skills by spending the “AP” you accumulate during battle. AP is restored between attacks. By using Tactical Skills in battle, you can increase your maximum AP, so the more more Tactical Skills you use, the more powerful Combos you can pull of. It should be noted that when you reach a certain level, you can have two Combo Routes instead of one, granting you a wider range of attacks and allowing you to use different Combos for different enemies.

Powerful, character-specific skills that can be easily activated by expending the Tactical Gauge that accumulates over time. Knowing when to expend the gauge and how to build it up is essential!

Activate Tactical Skills with the Press of a Button 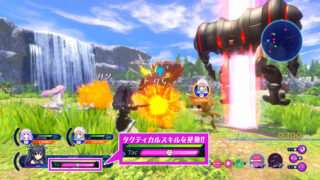 While you accumulate your Tactical Gauge, you can switch between characters, use Combo Skills and Tactical Skills, and so on.

Party members can connect Combos to create a “Chain” of endless attacks. Exactly “who” you connect your Combos with for the most efficient Chain attacks will significantly influence the battle. Successfully connecting Chain attacks is the key to victory in combat.

—Successfully pull off a Chain… 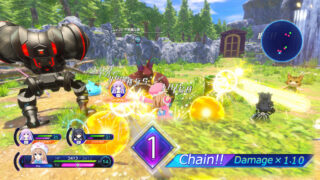 —…and build up your Chain count and damage bonus… 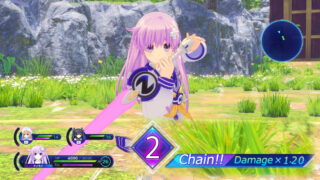 —…to crush the enemy! 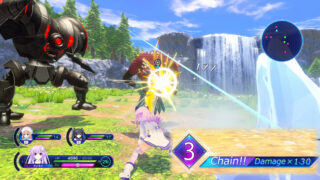 Additionally, by paying attention to the cost management of party members, your Chain attack can go even further. Combo Skills, Tactical Skills, and Chains… How and when you use them will ultimately decide the battle!

The Chain is a combination attack system in which you can freely switch between characters while unleashing Combo Skills and Tactical Skills. Even if your character’s attack cost is spent and they cannot continue the Combo, you can “Chain” it to a different character and continue the attack.

—1. When you run out of AP during a Combo Skill, you can continue to the Combo by Chaining it to a character with enough AP. 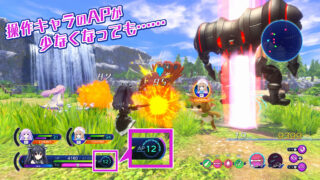 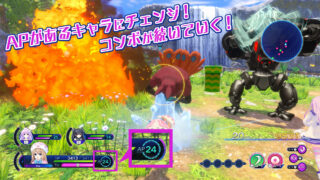 —2. When you activate a Tactical Skill, switch to a party member with sufficient cost to continue the combination. 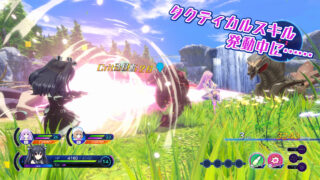 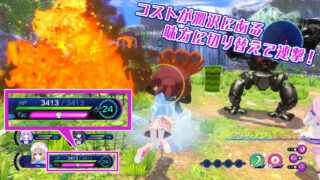 When you activate your final Combo Skill or Tactical Skill, a suggested Chain path will appear on the screen. Just press the indicated button to easily continue the Chain to the next character! 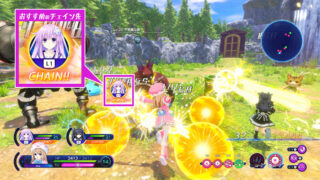 The higher your Chain, the higher the damage you deal. Connecting as many Chains as possible is essential to defeating powerful enemies. 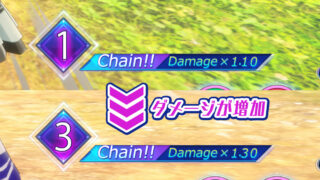 The series’ familiar “Chirper” system is back and enhanced! With a social media-like appearance, you can hear what everyone is chirping about, as well as accept requests. 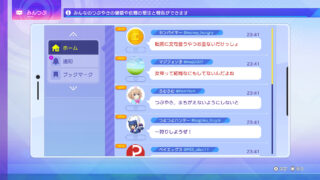 The Chirper home screen displays the latest chirps from the people of Gamindustri. You can respond by favoriting individual chirps.

Check Requests from the People of Gamindustri 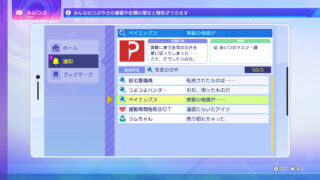 As you progress through the game, you will receive requests from the people of Gamindustri. There are four types of requests: subjugation, delivery, collection, and rescue. Each has different clear conditions. 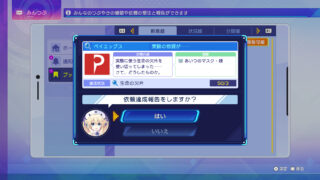 When you meet the clear conditions of a request, you can report it as complete. By completing a request, you can get items as a reward. But items are not the only reward—you may even receive ally units that cooperate with you through a certain system.

Take “heartful photographs” of the game’s characters. Switch up your favorite angles, poses, and backgrounds to create the perfect shot. 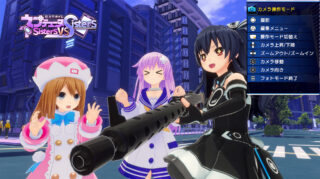 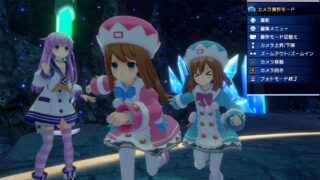 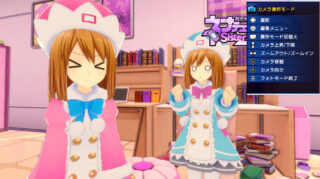 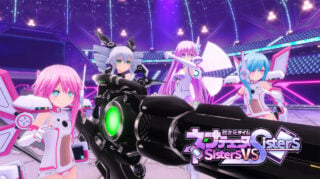