*Update* The Walmart (game listing now removed) and Target listings for the Switch version now states that a download is required:

*Original* According to Direct-Feed Games, Nintendo is publishing the Switch version of Grand Theft Auto: The Trilogy – The Definitive Edition! This means that Nintendo is distributing the game physically as well. Following the announcement of the GTA collection, Nintendo confirmed that a physical edition for Switch would be coming but pre-orders didn’t go live. On Rockstar’s official website, physical pre-orders for the PS4, PS5, Xbox One and Xbox Series X|S went live without issues. Many speculated that Nintendo seems to be publishing the game and all signs lead toward that being the case. Direct-Feed Games adds by saying the games may all be included on one Switch game cart. The physical edition’s box art does not include a download banner: 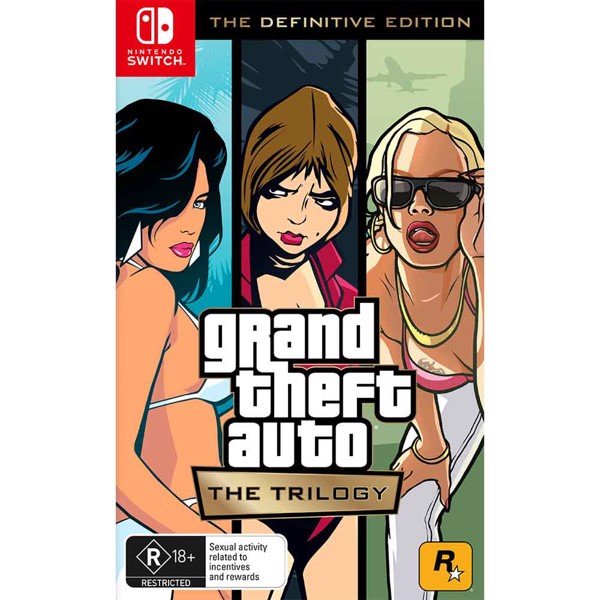