PlayStation 5 Launch Review: Bringing the Best of Modern PlayStation with the Power of Cutting Edge Tech

The PS5 is now out worldwide and we had the opportunity to pick up some PS5, test them out and get a feel for what’s to come. Sony’s next console has huge shoes to fill following the 100+ million selling success of the PS4. These are big expectations placed on a console at launch but its for a good reason as Sony needs to provide players with reason to upgrade. Although the launch of the PS5 had issues, its been an overall joy! Unboxing a next-gen console, getting a feel of the new controller, hooking it up to a 4K HDR TV and testing out new features is a thrilling experience for those who love tech. 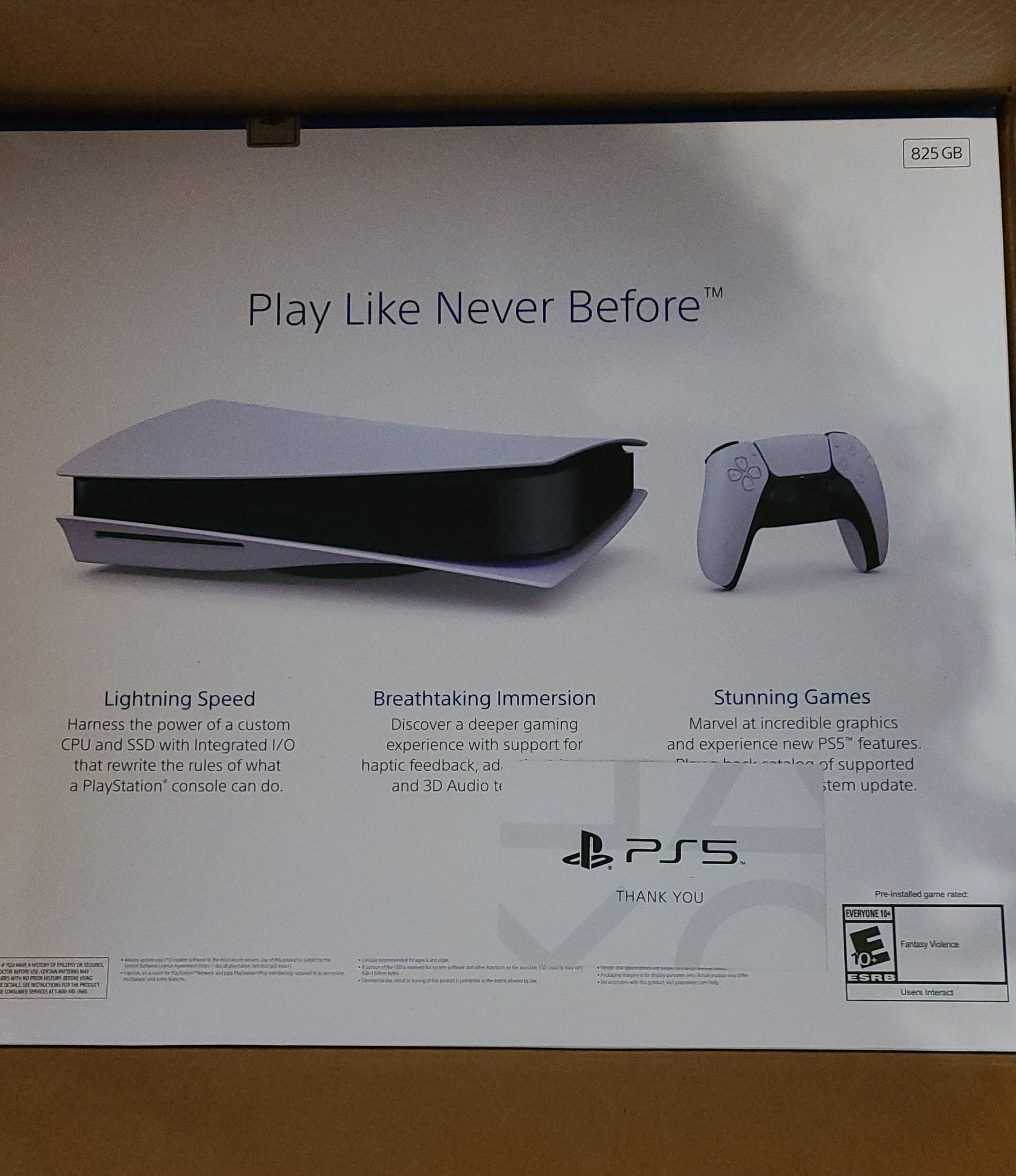 Setting up the PS5 takes just a few minutes and may be longer if transferring from a PS4. Transferring save data from a PS4 or cloud storage takes only a few minutes thanks to the PS5’s upgraded wifi/ethernet capabilities. In general, its really fast to set-up a PS5 and play your first game on it. The PS5 dashboard is similar to that of the PS4 dashboard but its much snappier, organized and honestly fun to use. There’s also a dedicated media menu now so apps don’t mix in with games on the dashboard. 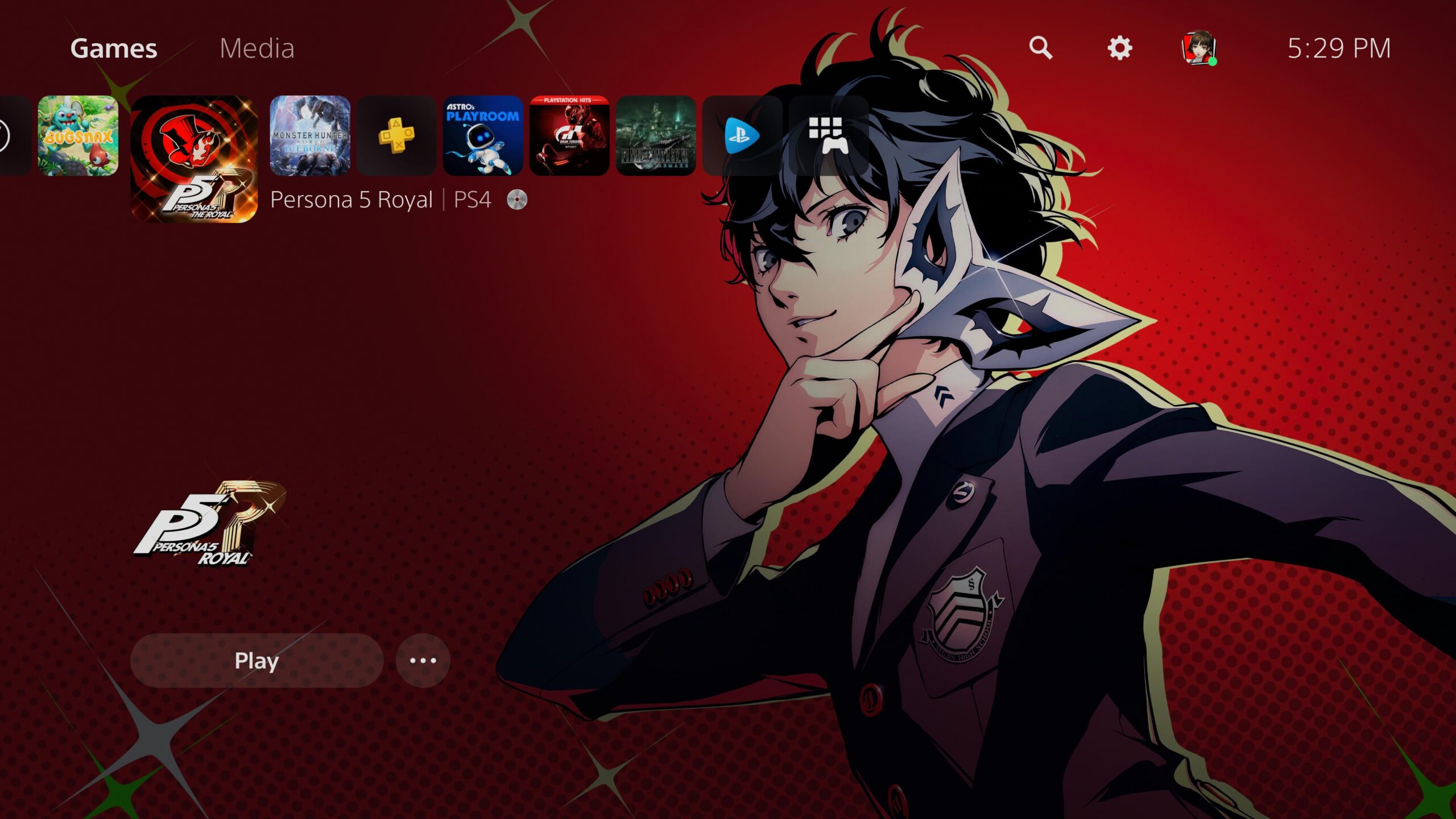 Next-gen features such as switching games on the fly is very fast. The switching feature is not as robust as the Xbox Series X|S where it can play multiple games at a time, but its still great. Pressing the PS button now activates a menu bar at the bottom where players can:

The share button on the DualSense does the same features as the PS4’s DualShock 4 but its more responsive and doesn’t interrupt the entire game. All of this is fast due to the PS5’s high speed SSD. It’s leagues better than a spinning hard drive and its something console players finally get from the PC gaming space. The PS5 setting menu is very similar to that of the PS4 so players won’t be lost finding what they need to change here. 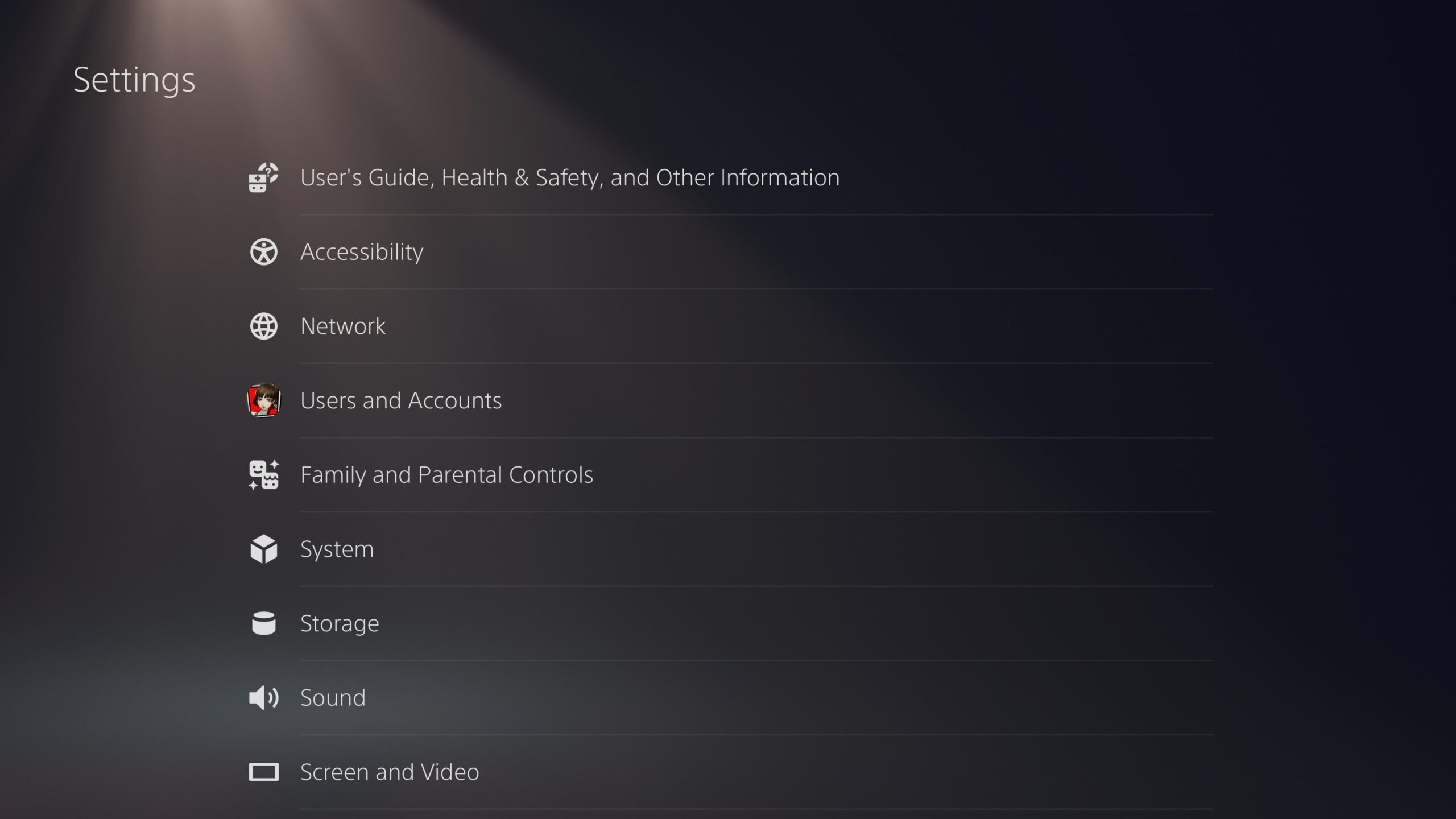 Impressive Library on Day One

The PS4 launched with a very lackluster library of games and it didn’t help that backwards compatibility was sidelined. This time, Sony has remedied that and the PS5 is backwards compatible with nearly ALL PS4 games. PS4 games run similarly to PS4 Pro versions on PS5 but next-gen enabled upgrades from developers unlock the potential of the system.  This makes upgrading to next-gen hardware much more enticing as a player’s library follows them onto PS5. For instance, signing into PSN on the PS5 transfers game and DLC licenses over from PS4. This is on top of some great PS5 launch titles to enjoy like Demon’s Souls, Astro’s Playroom and Bugsnax to name a few. PlayStation Plus subscribers get a whopping 20 free PS4 games to download and keep on PS5 too.

Each PS5 comes with Astro’s Playroom, a packed-in launch game. At first glance, its easy to right this game off as a tech demo for DualSense and the console itself. However, that’s only partly true. This is in fact a full-on platforming experience for fans to enjoy. Players become the Astro Bot of VR fame but this time, he sets off on an adventure through the PS5 system and collects artifacts from previous PlayStation generations. There are secrets and easter eggs to uncover along with an interactive DualSense experience.

Astro’s Playroom uses the DualSense’s haptic feedback, adaptive triggers and speakers to make the world come alive. Additionally, the game uses ray tracing to show off dynamic lighting capable on the PS5. The game lasts around 4 to 8 hours, maybe 10 if you plan on collecting all artifacts and trophies but its worth those hours! It’s the first game players should experience as it pays homage to the hardware that came before it. Astro’s Playroom is the introduction to the new generation and a send off to the wonderful times players spent on an original PlayStation to the PlayStation 4 Pro.

The PS5 has some serious flaws despite being an awesome console to own. First, putting the console in rest mode might lead to some booting issues. Rest mode is a great feature but taking extra precautions doesn’t hurt. Crashes/glitches have been reported with games like Spider-Man Remastered but patches should fix that. The PS5’s disc drive is really loud during installs. For instance, downloading Final Fantasy VII Remake takes a couple of minutes since its over 80 GB. That disc drive will be spinning up like an jet engine while doing so. Fortunately, that doesn’t happen while playing disc-based games for the most part. Digital Edition owners won’t have to worry about this, of course. The SSD on the PS5 is 825 GB which seems like enough at first glance. However, there’s a total of 667 GB in usable storage due to the UI and other system operations. 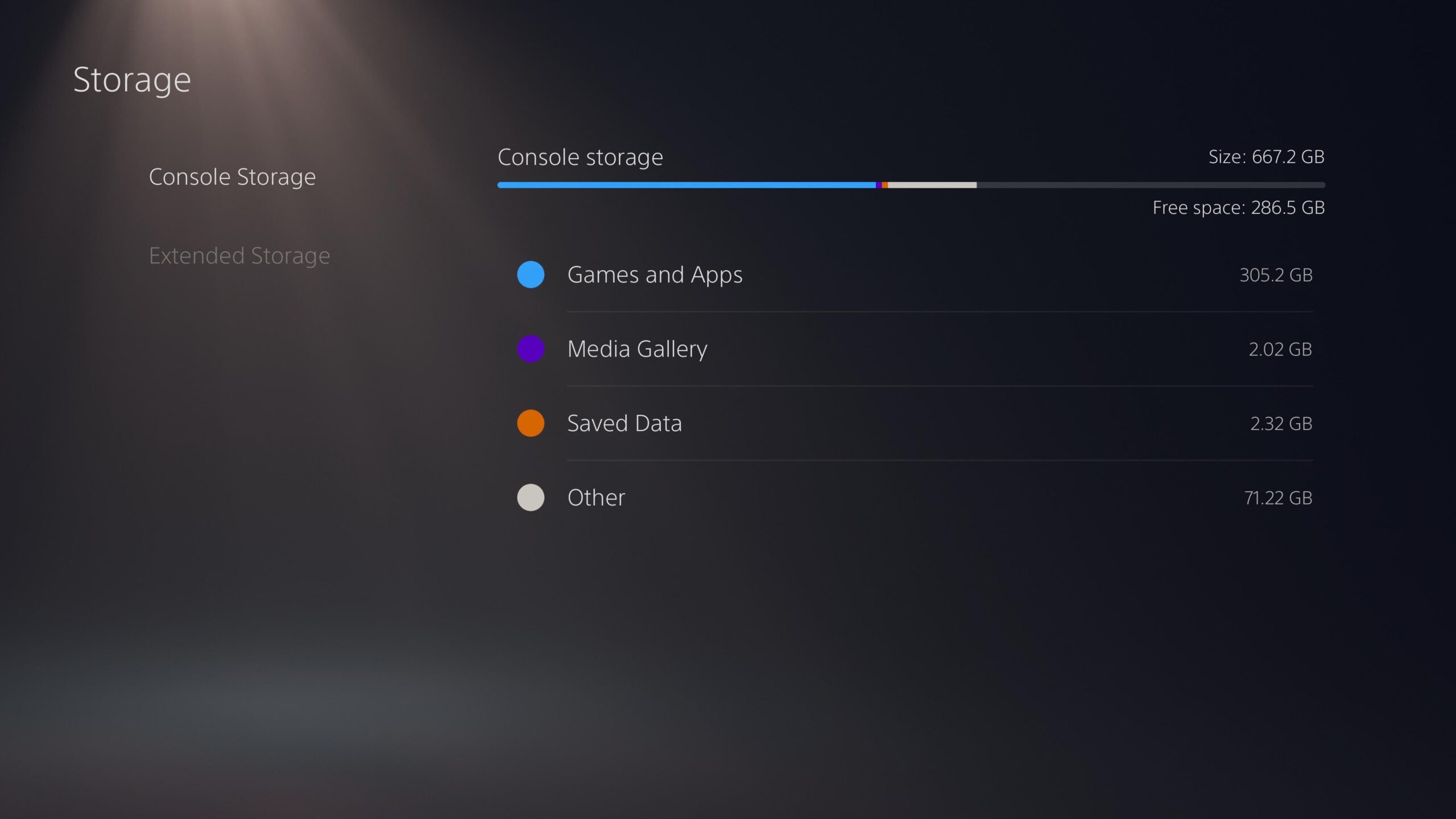 Sony is actively working to iron out issues with the PS5 but of course, that takes some time. There’s also the whole stock issue but that comes with most consoles during a launch window like this. Early adoption of consoles is exciting but it’s also the time for feedback. A lot of issues may arise since the hardware is new. This is where player feedback comes into play and many issues should be resolved in the coming months via firmware updates. The PS5 still gives players like myself an exciting experience to catch up on the PS4 backlog of games and try out next-gen experiences.

PS5’s Insane Potential leading into 2021 and Beyond

With flaws at launch, the PS5 outshines that with its potential and upcoming games. Games at launch like Astro’s Playroom, Demon’s Souls and Spider-Man Remastered make a great impression for new owners. The massive PS4 library is there for fans to explore. Upcoming games like Ratchet & Clank: Rift Apart and Gran Turismo 7 are coming in the first half of 2021, God of War Ragnarok follows suit with a release next year as well. It looking to be an exciting time for fans and that’s driving people to invest early on a PS5. The leap from PS4 to PS5 is massive and it becomes apparent from the moment you boot up the console. There’s more work to be done with the PS5 but right now, I’m really enjoying catching bugs in Bugsnax and picking up where I last left off in GT Sport while waiting for GT7. 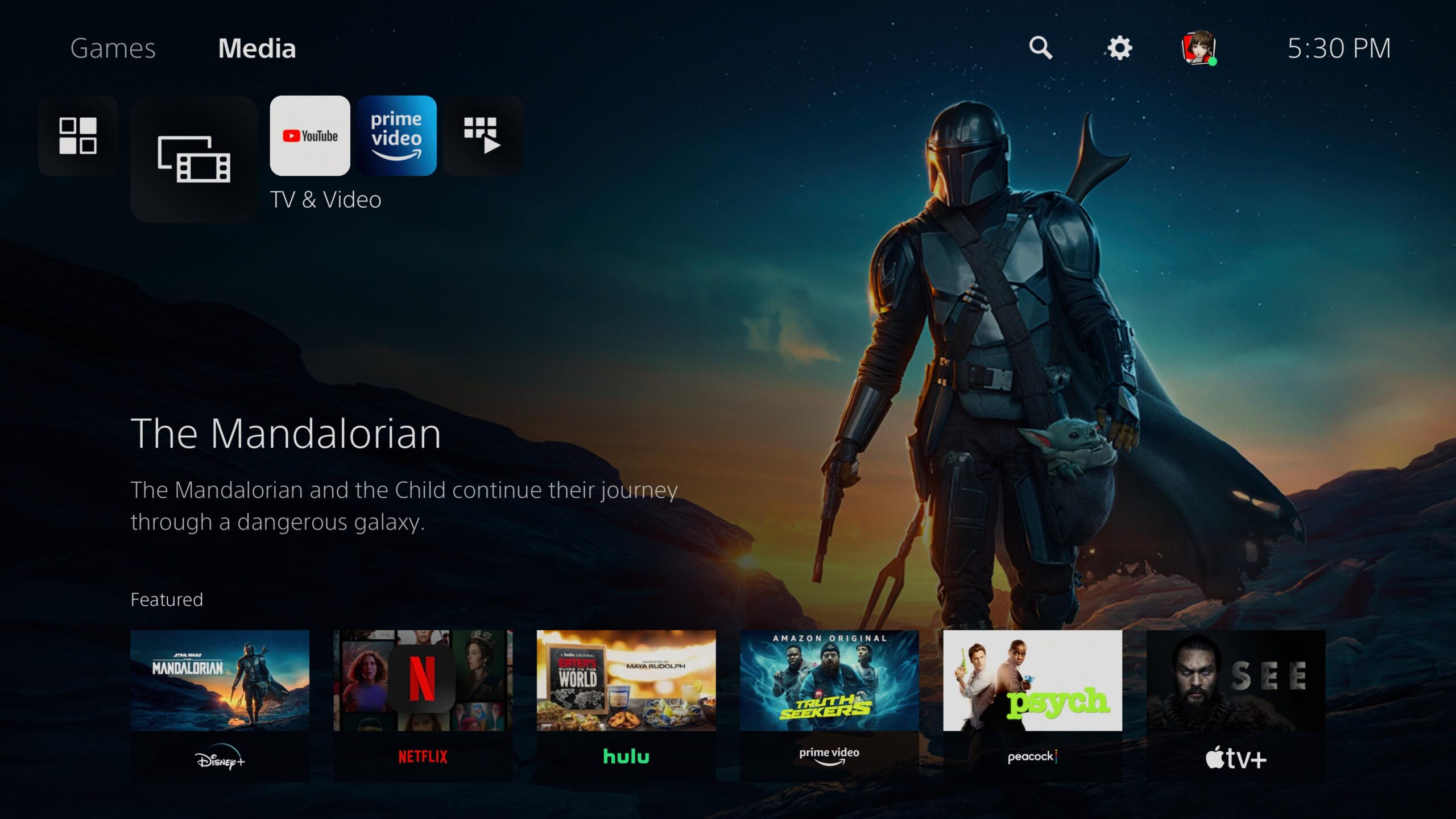 Genda to rebrand all SEGA arcades in Japan to GiGO arcades