Demon’s Souls is by far one of the most fun SoulsBorne games I have played. There is a certain charm that it gives off while playing it. I didn’t want my fifteen hour adventure to end. I would constantly revisit the different areas of Boletaria to see if I missed anything or just to fight off the many enemies that inhabit those areas. The world of Boletaria is mesmerizing with how it looks and the lore behind each section. Bluepoint Games did master class work on bringing Demon’s Souls back to the many who never got the chance to play it on the PlayStation 3. Demon’s Souls is a visually stunning game that features enthralling gameplay as well as a rich story behind it all.

Demon’s Souls has some of the best gameplay in the entire series. This paired with the many bosses of the game make it a treat to keep playing it over and over again. Bluepoint Games had a monumental task when remaking Demon’s Souls. If Bluepoint Games were to change one thing about the gameplay for the worst then fans would be all over them. Luckily Bluepoint preserved everything that made the gameplay in the original so good. All the fan favorite weapons are back such as the Large Sword of Moonlight, the Storm Ruler, the Uchigatana, and the Mirdan Hammer to name a few. Each weapon feels faithful and plays great. Of course not all players will use melee weapons such as these, so Miracles and Spells are there for anyone who wants to zone out the enemies with magic!

It isn’t a SoulsBorne game without bosses. To many the bosses are what make the SoulsBorne games, SoulsBorne. Let those bosses be total jokes or pull your hair out hard. The bosses in Demon’s Souls are some of the most iconic in the series with design, story, and toughness. The towering, Tower Knight with his giant shield, the manta ray Storm King, or even the threatening looking Dragon God. All these bosses are back and fight like they would eleven years ago. What made those bosses special in the original still stands today. Having the Old Monk still summon a real life player to fight you is there and still as much fun as it was back then.

Demon’s Souls also has some of the most recognizable areas in the series. Castle Boletaria is as medieval as ever. The mines of Stonefang tunnel are still crawling with Fire Lizards and Scale Miners mining away. Remember not to provoke them as they will become hostile towards you! Of course one of the most controversial areas is the Shrine of Storms. Storm Beasts fly across the sky shooting their magic at players. Pair that with the Skeletons on the sides of the mountain and you could be in real big trouble fast.

Additionally what makes the world of Boletaria so good is the lore behind each area. Take the Valley of Defilement for example. A place that all of Boletaria’s rejects get sent to. The entire area is consumed by plagues and poisons. Trash and bodies are littered everywhere you go. The poisonous water is filled with Giant Ticks as well. Just waiting for players to get close to attack. No matter who or what wonders in the forgotten children of Boletaria will attack on site.

Demon’s Souls is one of the best looking games out there. The attention to detail on many of the enemies and locations is surreal. Never did I expect a game would look this good. Nonetheless it being Demon’s Souls. The lighting also helps tremendously. One of the best looking areas is the lair of the Storm King. The rain and water effects blew me away. I stopped and looked around for minutes just to take it all in. It is crazy what they are able to do now on the PlayStation 5. These effects are what takes a game from being mediocre to godlike in terms of visuals. It brings every area to life even more than it did in the original.

Another example of just how good the visuals are is in the Tower of Latria. Tower of Latria in all areas is incredible. They nailed every single section with the attention to detail. While the original still holds up, the new Tower of Latria is amazing to witness. All the way up to the arrow turret and looking down the Fool’s Idol chambers is stunning. Seeing all the would be heroes and the unlucky all piled up while arrows fly towards you is magical.

Demon’s Souls wouldn’t be Demon’s Souls without the ability to summon your friend in to play with you. I waited until I beat the game for the first time to start summoning friends and strangers into my world. All you need to do to summon help is be in Body Form and be around certain locations such as before Fog Doors or around Archstones. A blue summoning sign should appear and your call for help has been heard! Playing with others can be short lived. After beating a boss your friend or helpful stranger will return to their world. However there is no need to worry. All you need to do is stay in your Body Form until you see another blue summoning sign!

Invading other worlds in Demon’s Souls

Another big gimmick and feature fans love is Invading. Invading is when you literally invade another players world. It can happen at any moment when a player is in their Body Form. When it happens however you better be ready. The invading players main goal is to kill the other player. The world doesn’t stop either. Meaning that you might get unlucky and have the regular enemies come attack you while the invading player does as well. If you succeed than you are awarded with souls and White World Tendency. As stated above this happens to players no matter what when facing the Old Monk boss. Best be ready with your PVP skills!

Demon’s Souls is one of the best looking games I have ever seen. I said this not to long ago. However it does have problems with overall design. Before I go any further talking about this I want to make one thing clear. The problems that I have with some of the overall designs doesn’t make me regret buying the game. Some areas, enemies and bosses however are so different to their original self that it doesn’t feel right. Most of these changes can really alter the feelings the original meant to give off. Take the this comparison for example.

As good as the Dragon God looks on the right it doesn’t capture the same feeling. Having the moon there as well is pretty over the top in my opinion. It isn’t just the Dragon God that suffers from this. Lighting and colors of the new design are good looking yes, but give off a whole different vibe than the original. The world of Demon’s Souls is about how the Old One is continuously sending out more demons to feed its hunger destroying towns and cities no matter what. The original gives off the vibe a world in ruin. With the Deep Fog looming even more and more. The one looks pretty for the sake of being pretty.

Maneater how they massacred you

Dragon God isn’t the only boss that I have a problem with either. Maneater got a drastic overhaul. While before Maneater looked gargoyle/chimera like now he looks a normal big buffed beast with a messed up human face. Almost like a Dr. Jekyll and Mr. Hyde situation. I know the in game states that the Old Monk tried to create his own Demons and this is what became of them but when comparing it to the original it looks silly.

Demon’s Souls was an amazing experience from start to finish and I will continue to go back to it every so often in New Game +. The enthralling gameplay is still there and there is still loads of gruelling fun to have while exploring the land of Boletaria. The enemies and bosses are still ready to be slain and for their souls to be collected. While I have problems with some of the overall designs of the enemies I wouldn’t skip out on getting this remake. Demon’s Souls at a constant 60fps and it looks amazing with all the effects. Bluepoint Games really did a great job at trying to keep most of the game faithful to the original. It is hard to take something so beloved by so many and remake it. 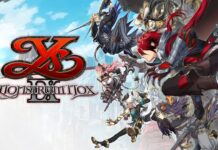