The U.S. NPD Group has revealed the best selling games for the month of June! Below you can take a look at the list. 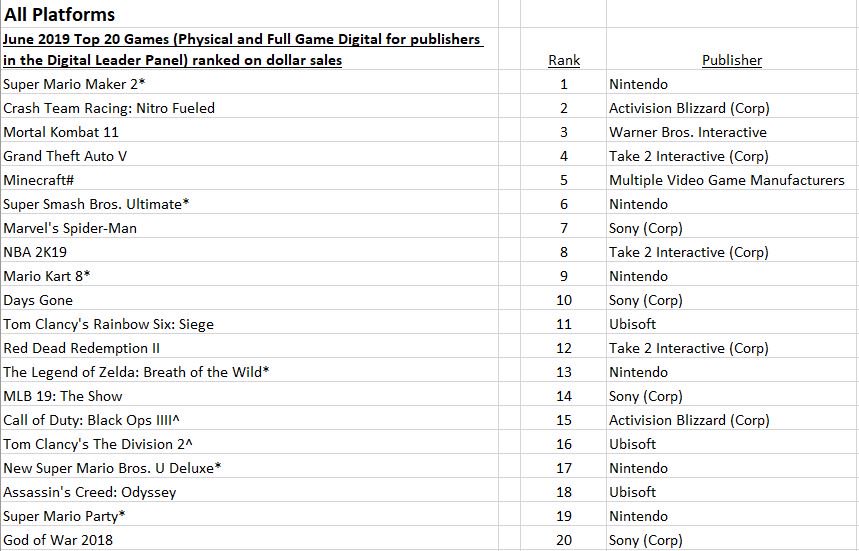 What do you think about Super Mario Maker 2 being the best selling game of June in 2 days? Let us know in the comments!