The December 29 issue of Famitsu contains an overview of Crisis Core: Final Fantasy VII Reunion and its evolution since the original game’s release. Additionally, the new issue features interviews with Kenichi Suzumura and Maaya Sakamoto, the Japanese voice actors for Zack and Aerith. Fans may purchase the new issue over at Amazon Japan.

Check out the Famitsu issue cover art below via Famitsu: 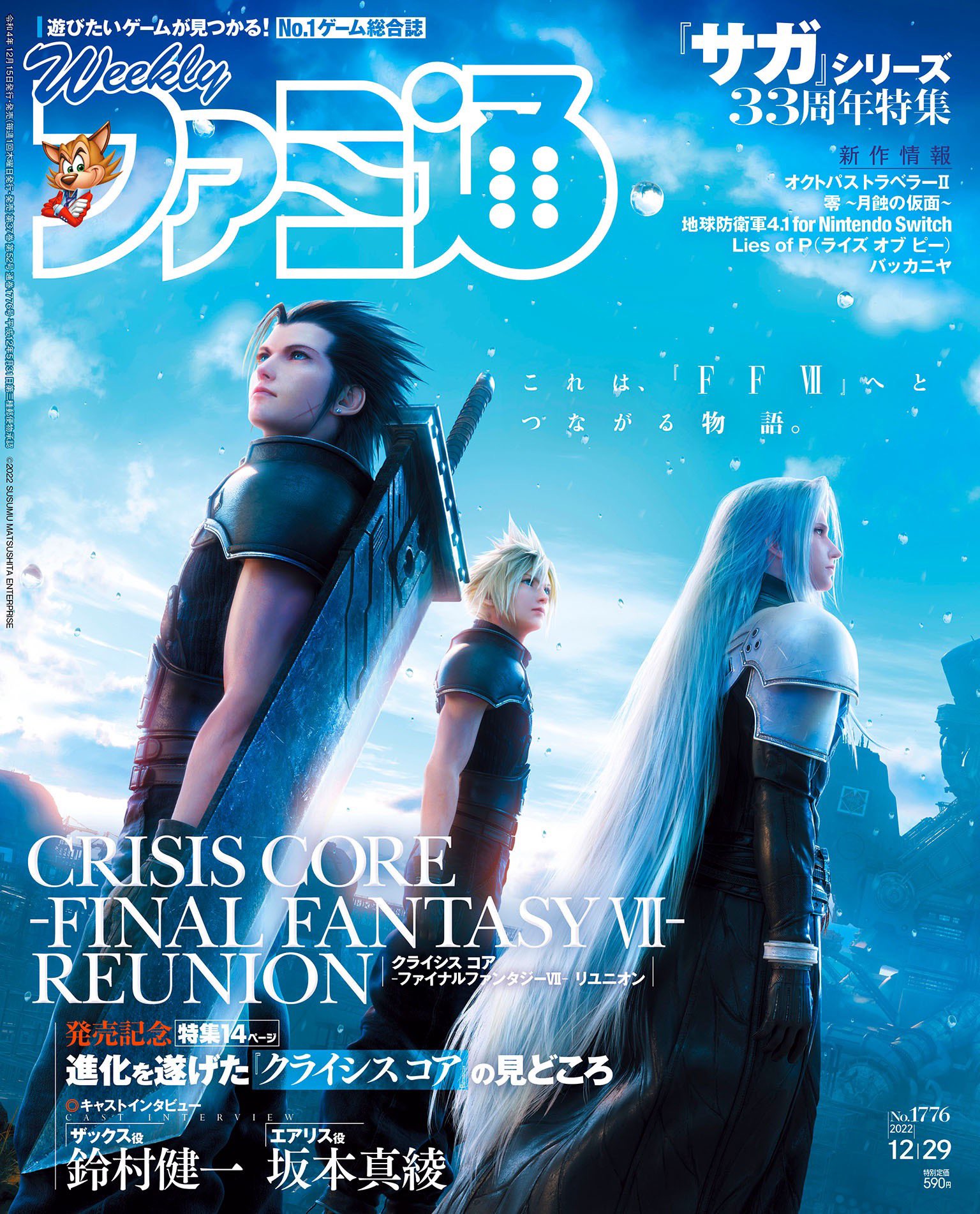 Here’s an overview of the game:

In addition to all graphics being remastered in HD, fully voiced dialogue and new soundtrack arrangements make for a dynamic new retelling of a beloved classic.

Crisis Core: Final Fantasy VII Reunion follows the story of Zack Fair, a young warrior admired by the boy destined to save the world, trusted by men renowned as heroes of legend, and loved by the girl who holds the fate of the planet in her hands. The tale of Zack’s dreams and honor—the legacy that connects him to Cloud—is revealed in full in this grand saga that has broken the limits of an HD remaster.