Cast members for Meryl, Roberto, and Nicholas were revealed throughout the new trailer. Alongside the second trailer, a new key visual depicting Vash the Stampede, Meryl, Roberto, and Nicholas was released. Trigun Stampede’s January 2023 premiere window is shown on the new key visual as well. Trigun Stampede airs on Japanese broadcasting networks and the Crunchyroll streaming service worldwide in January 2023.

Here’s an overview of the anime, the official staff, and the voice cast:

Trigun is a popular Japanese gun-action manga series created by Yasuhiro Nightow. It follows the fated journey of Vash the Stampede, a legendary gunman and a pacifist with a bounty on his head. And now, it will be reborn as a brand-new original anime series, Trigun Stampede, in 2023. 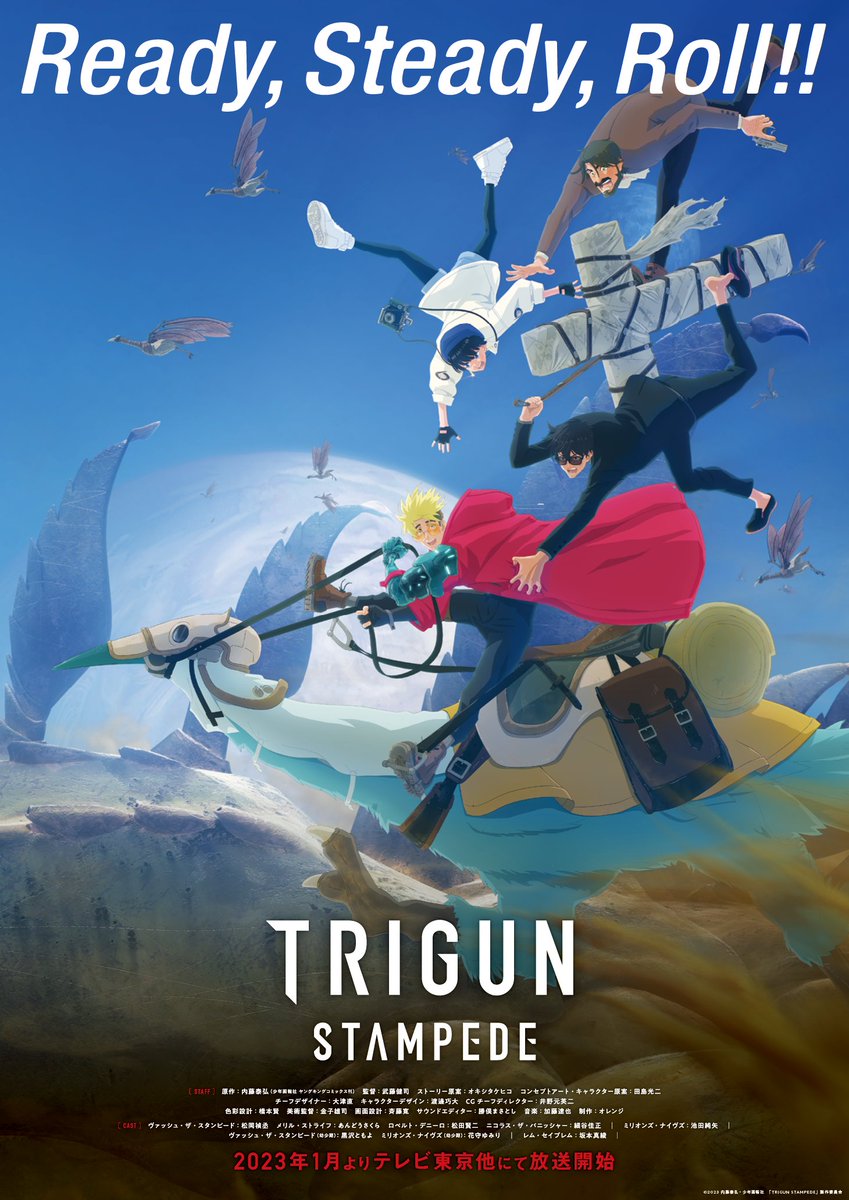 Previous article
Gotham Knights to run at 30 FPS on consoles without performance options
Next article
Witch on the Holy Night demo releases in November, Second Trailer