Capcom announced that Street Fighter V’s Capcom Pro Tour 2022 DLC and balance patch have been delayed. The patch and DLC were originally supposed to release in Fall 2021 but have been moved to March 2022. This is due to Capcom Cup VIII also being moved to early 2022 so the content will drop during that time. Here’s what Capcom had to say: 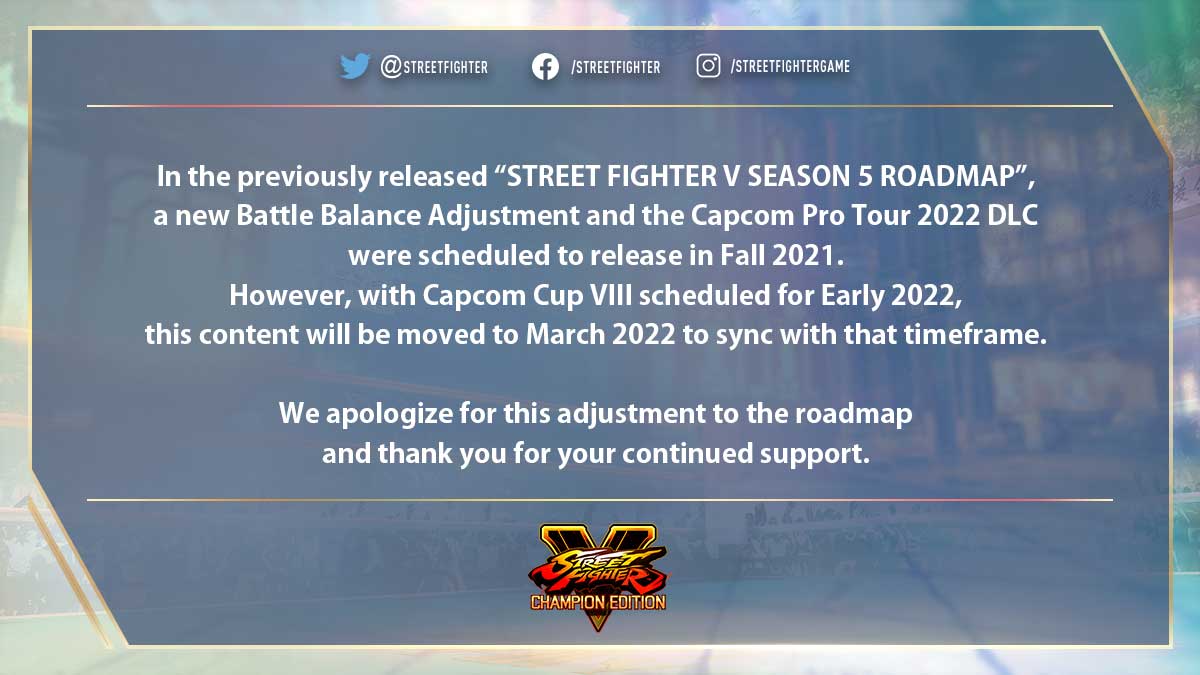 Luke, the last DLC fighter of Street Fighter V, is still on track to release this November. Lastly, Street Fighter V is available on PS4 and Steam worldwide. Stay tuned at Final Weapon for the latest Japanese gaming news and updates!