Feature: DEATHLOOP Does What Many AAA Games Do Not — Embrace Its Medium

Don't sleep on this.

For the last few console generations, it’s felt like the AAA gaming landscape has been skewed towards cinematic experiences, focused on hyper-realism, and maintaining established franchises. If you wanted “gamey” games, or new, experimental big budget IPs, you’d have to look elsewhere. There are a few experimental AAA titles here and there such as Housemarque’s RETURNAL, or Remedy’s CONTROL, but for the most part you do not get these kinds of experiences often with AAA games.

Arkane Studio’s newest title – DEATHLOOP is the complete antithesis of the industry standard. It is a AAA Immersive Sim with rogue-like elements, an optional PVP system, no open world, no cinematic gameplay, features two Black lead characters, and boasts a stylish 70’s blaxploitation flick art direction. And on top of all of this, it is a completely new IP.

As far as AAA games goes, this is by all accounts what many studios would consider a massive risk, but in practice it is well worth it.

It’s chaotic, fun, and hilarious in all the ways that only a videogame could be. Floating text appears constantly throughout the world informing Colt of his surroundings, the character writing is deliciously cheesy and over-the-top with stellar vocal performances, the music is fantastic and always perfectly sets the tone of the environment. There’s even a good bit of meta humor in the game’s writing.

The game oozes so much style and confidence that you can’t help but respect it.

The Core of DEATHLOOP

While there is a narrative and mystery that will inform most of your actions in the game, DEATHLOOP never forgets that it is a videogame. True to its Immersive Sim roots — there are no fail-states for going off the beaten path or approaching your objective in a way not intended by the developers. You have almost complete agency over your actions.

Once you’ve made it out of the, admittedly long-winded, tutorial segment and into the loop proper, the game takes on a Hitman-esque feel where you must strategically plot out which locations you want to go to and your gear loadout. There are a ton of layers that go into this planning; you may want to prioritize certain locations based on which Visionaries (the main antagonists) are there, or maybe you simply want to explore an area for clues on how to better dispatch your targets later.

The rogue-like elements really come into play when you learn how to Infuse gear. By absorbing Residuum energy from enemies and objects, you can use it to preserve your gear — guns, passives, powers, etc. between loops, otherwise they will be lost upon your final death or at the end of the day when the loop resets.

Yes, there is a day/night cycle in this game, but not in the typical AAA sense. You are not on a countdown timer as you play the game. The Island is broken up into four different hub areas, and from the loadout screen you choose which hub to visit. While exploring the hubs, you have infinite time to explore, murder, and gather information. Once you leave that hub, time moves forward a bit going from Morning, Noon, Afternoon, to Evening, where the loop will reset at the end. The contents and layouts of these hub areas change at each time of day.

It is up to you to explore these places and learn anything that you can so that you can kill all the Visionaries in a single loop.

There are two game modes on offer. Break the Loop mode, where you play as Colt on his mission to kill all the Visionaries and escape the loop. And the unlockable Protect the Loop mode, where you play as Julianna, on her mission to kill Colt. This is where the PvP aspect comes in, as playing as Julianna allows you to raid other players’ games. Of course, PvP is completely optional for Colt, you can choose to play only in single player if you’d like. Julianna will still raid you randomly, but in this case, she will be controlled by AI and not a player.

This is a VIDEOGAME!

DEATHLOOP is a Teachable Moment for the Industry

Immersive Sims – while generally considered to be prestige games, they don’t typically review well. In an era where game design has become so streamlined, and games are so carefully curated that you’re only allowed to see what the developers want you to see, a genre where the metaphorical shackles are taken off can be… intimidating for most. PREY 2017, despite being lauded by fans of Immersive Sims, was criticized for being too open-ended by newcomers. These are games where you can easily be limited by your own creativity as you have so much room to mess around.

DEATHLOOP is a lot less esoteric than PREY 2017 or Dishonored, likely as a response to criticisms that those games received from newcomers to the Immersive Sim. It feels like an entry-level Immersive Sim in some ways, but it still retains many of the qualities that makes these games so unique.

When Supergiant Games‘ HADES was released proper, it reinvigorated interest in the rogue-like genre and introduced many people to that style of game. I believe wholeheartedly that DEATHLOOP can do the same for the Immersive Sim, winning over people that may not understand the appeal of these games, and, in the long-term, signal to other AAA studios that it is okay to take risks in your games.

Long story short, the industry needs more DEATHLOOP — brand new, AAA games that are willing to take risks and throw out narrative in the service of gameplay. Where many AAA games talk a good game about pushing the medium forward, DEATHLOOP walks the walk. If you’ve grown tired of purely cinematic, AAA games that try to immerse you in “mature” narratives instead of interesting game mechanics, this game is for you. 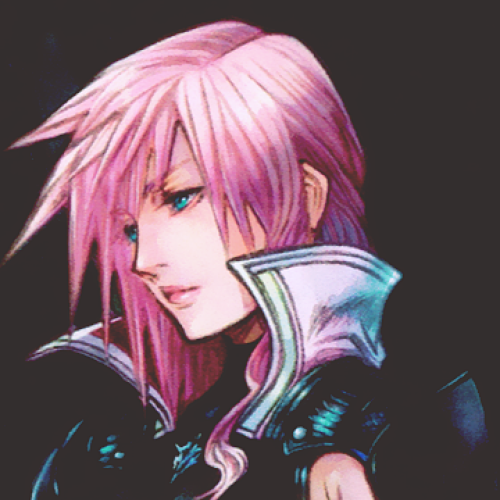 Deathloop game update 3 is out now with Photo Mode, FSR 2.0 for PC