Rocket Panda Games announced that fighting game Phantom Breaker: Omnia has been delayed to early 2022 for PS4, Xbox One, Switch and Steam. Director Masaki Sakari states that porting and localization of the game is taking longer than expected. As a result, Phantom Breaker: Omnia is not releasing in the intended late 2021 release window. Fortunately, the game is running well across all platforms and the QA/debug process begins soon. Check out the full message from director Sakari below: 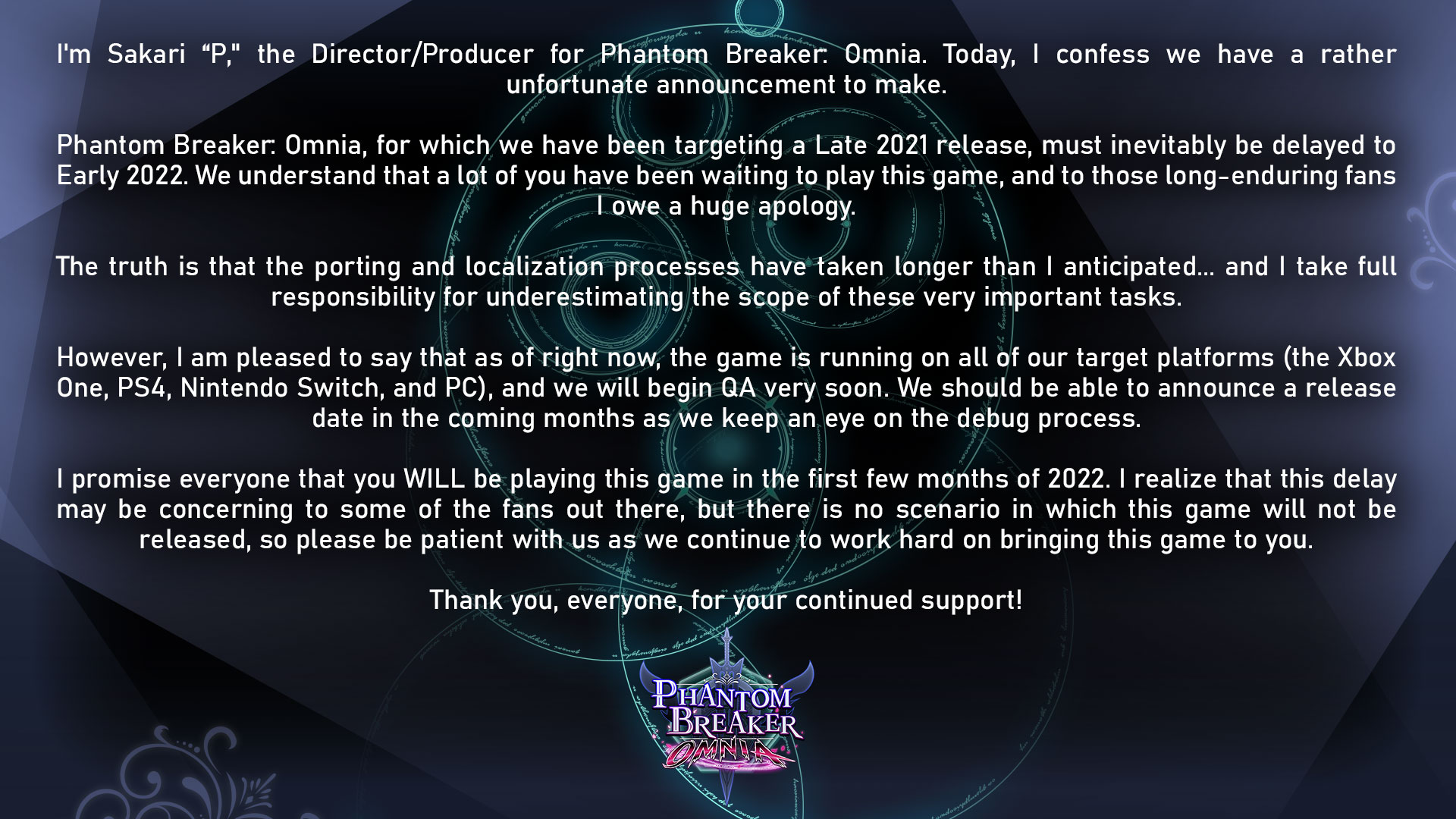 NEO: The World Ends With You user survey ends on September 28th https://finalweapon.net/2021/09/15/square-enix-launches-a-new-user-survey-in-japan-about-neo-the-world-ends-with-you/