Square Enix announced today that the NieR: Automata collaboration event for War of the Visions: Final Fantasy Brave Exvius is now live in the west! Players can earn both 9S and 2B to join their party. Additionally, new login bonuses are active from today, April 21st, to May 18th. Players may also take on new challenge missions for great rewards like MR Pod 153. 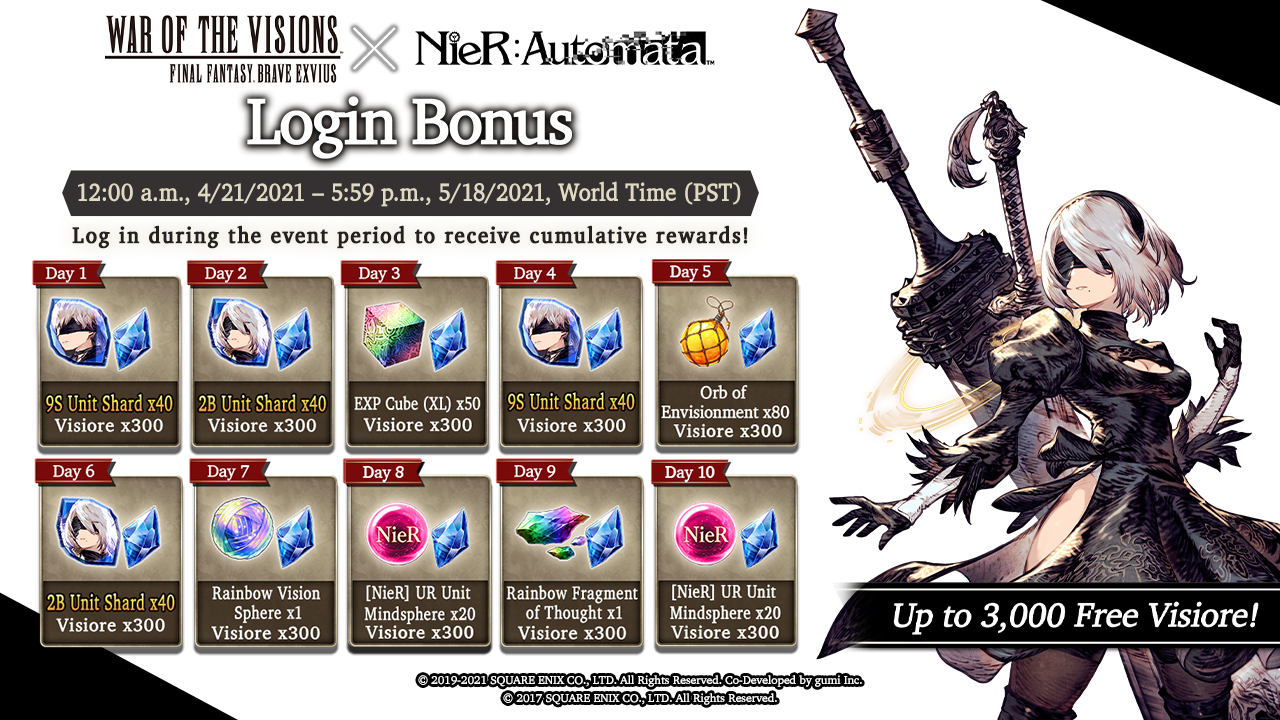 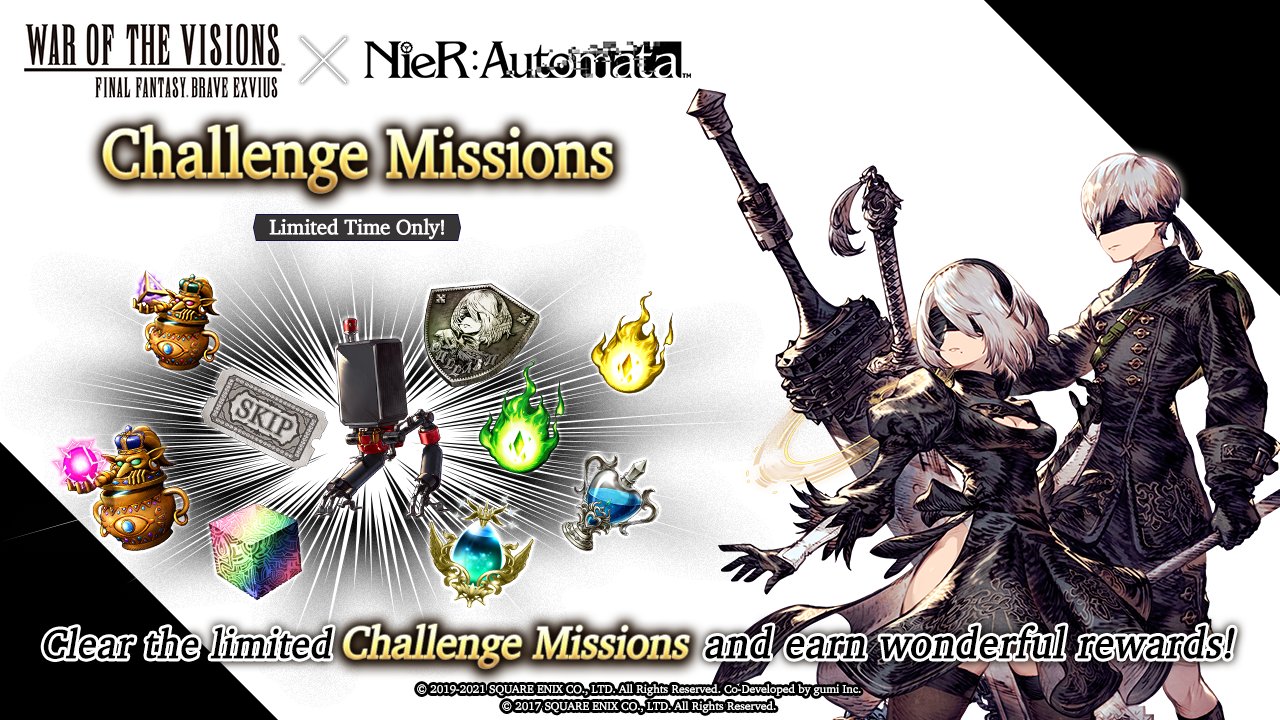 Lastly, War of the Visions: Final Fantasy Brave Exvius is out now for iOS and Android worldwide. Stay tuned at Final Weapon for the latest Japanese gaming news and support us on Patreon!

Pikmin Bloom is out now in Australia and Singapore, gradual release worldwide within the next few days https://finalweapon.net/2021/10/26/nintendo-niantic-announce-pikmin-bloom-for-ios-android/