Opinion: Dan and Akira’s inclusion in Street Fighter V signals a much needed change for Capcom

Street Fighter V released 4 years ago to extremely poor reception, leaving a bitter and lasting impression. Over time, fans have warmed back up to the game with many seasons and updates. However, the winds of change have recently reached Capcom in the area needed most: their fighting games. Yoshinori Ono has left Capcom and with that, the current producers and directors of Street Fighter now have a spotlight. Not only this, but the recent character reveals tell a positive sign about whats coming next for Capcom fighting games.

In the recent SFV broadcast, director Takayuki Nakayama and producer Shuhei Matsumoto shared information about the game’s fifth season. These are two individuals who have been leading Street Fighter V throughout the years but for the most part, they’ve been out of the community’s eyes. It’s already refreshing to finally see these two talk about the game, upcoming characters and whats coming next with transparency. Capcom also released an entire roadmap leading into late 2021 which is quite a long time. This huge roadmap implies studio-wide changes within Capcom, resulting in more time to develop content. 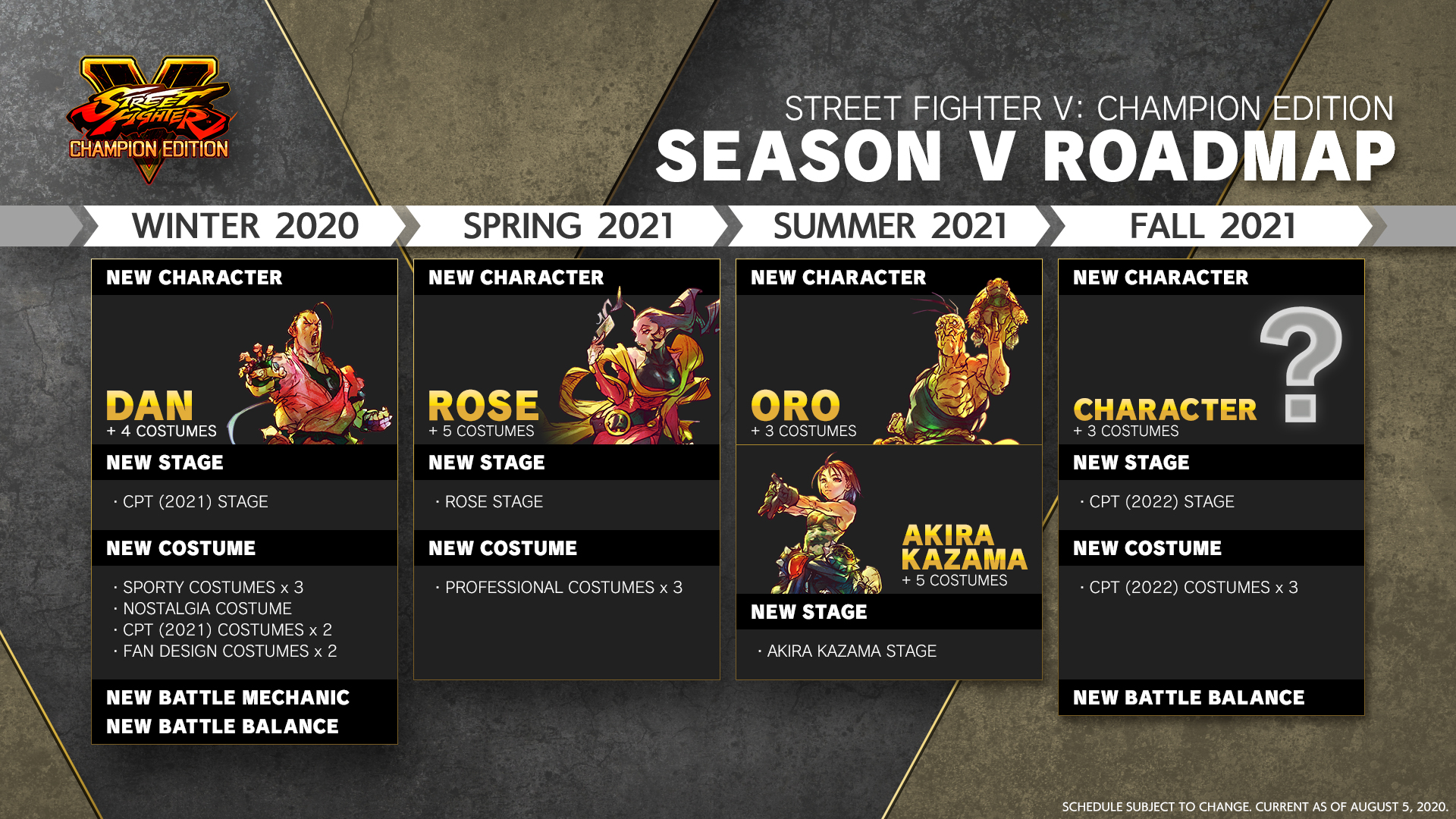 Capcom has struggled over the years to deliver information properly to their hardcore fans, especially about the game’s online connectivity (the never ending topic of rollback netcode). Luckily, it feels like Capcom will be forthcoming when it comes to their fighting games. In fact, their roadmap shows off 4 out of the 5 characters coming to SFV’s fifth season along with stages and gameplay additions. Specifically, Dan and Akira Kazama (Rival Schools) are some of the biggest character reveals in the game’s 4 year history.

Bringing back the fan favorites 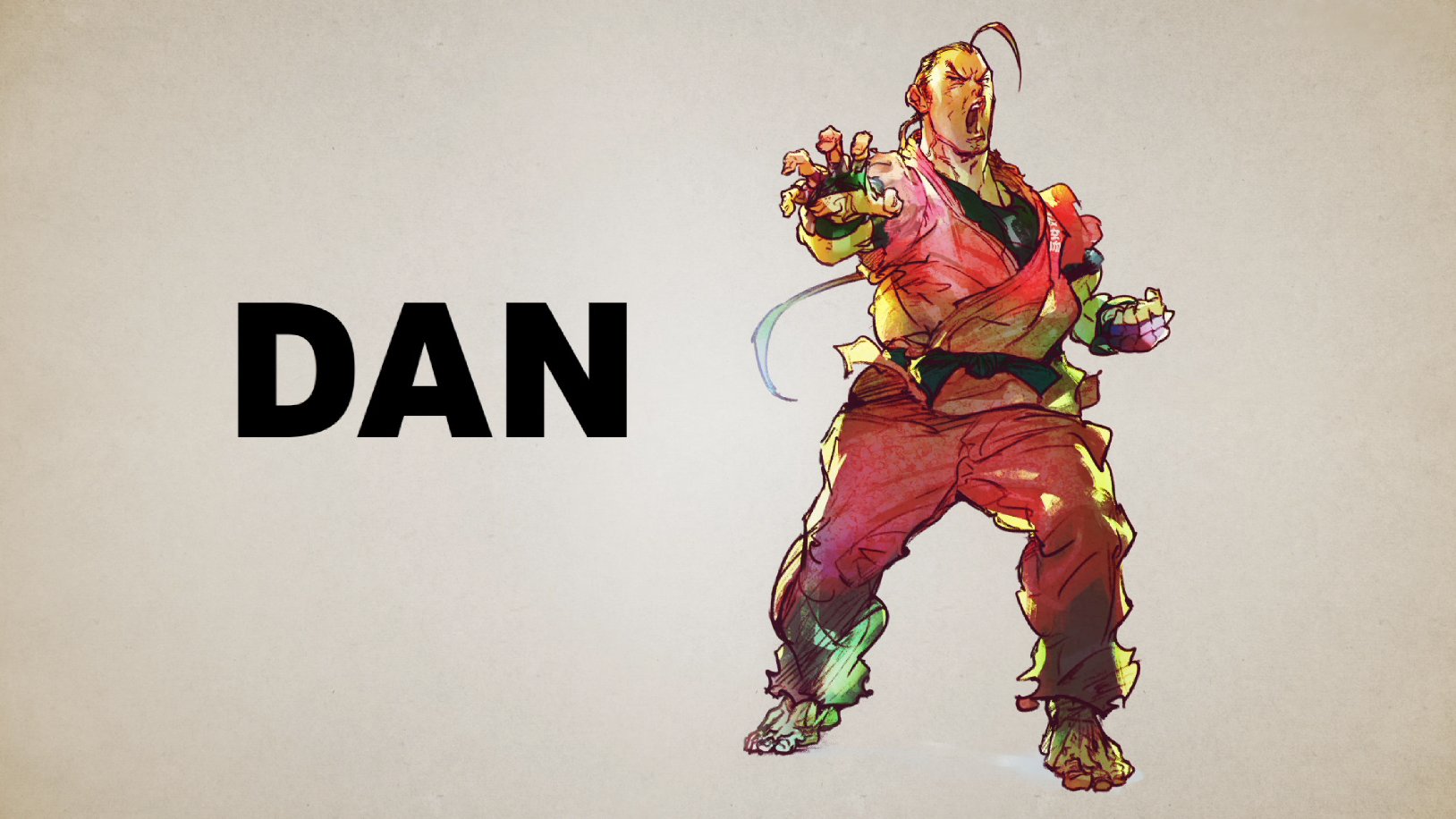 Dan is a very beloved character in the community and almost seems out of place for an eSports-centric game. Dan is a gimmick character and many don’t consider him viable in past competitive scenes. However, Nakayama and Matsumoto said they’ve brought Dan back because of the fans’ love for him in the community. It’s almost too good to be true to hear Capcom’s developers talk about a character like this. Dan brings his moveset from Street Fighter IV and will have new gameplay mechanics to welcome him into SFV. The developers seemed really happy to talk about that specifically. This is a welcomed change because developers are having fun making this character work in SFV, which means it should be a great time for players too. In addition, this move leads Capcom away from being dependent on eSports to please the broader audience of fighting game fans. 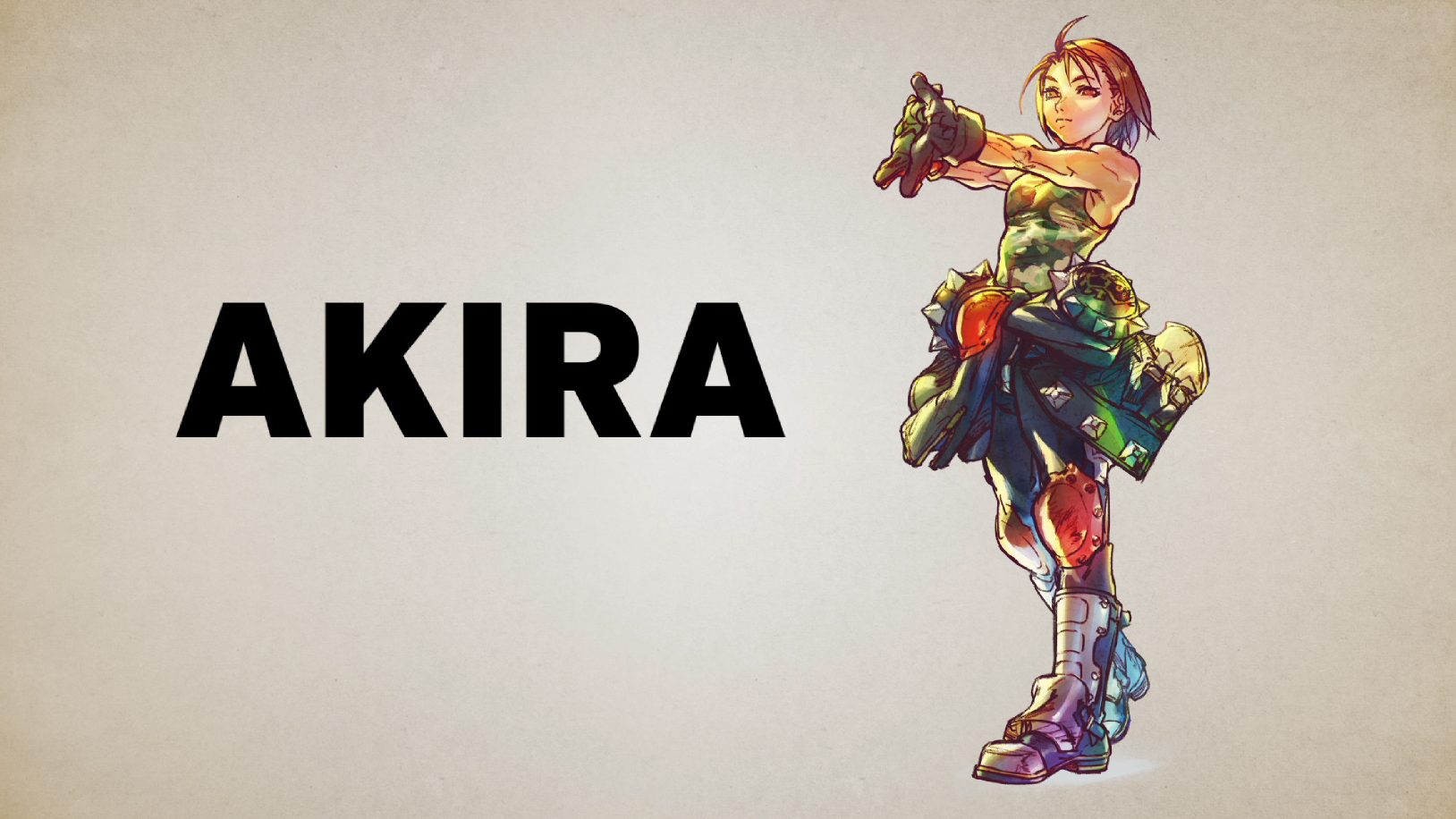 Akira is the current wildcard of SFV’s fifth season. It’s been ages since Capcom has really addressed Rival Schools properly in the fighting game landscape. Not only is one of Capcom’s dormant franchises back in the limelight, Akira is one of the most beloved characters from Rival Schools. Fighting game fans (including myself) were astonished that she was being added into SFV, even those who normally don’t have much interest in the game right now. For SFV, this shakes up the roster considering Akira has not been present in fighting games for nearly 2 decades. Nakayama and Matsumoto are both thrilled to work on Akira and incorporate unique aspects of Rival Schools into SFV. It should be interesting to see how Akira looks and plays in a modern fighting game.

Capcom’s fifth season of SFV already seems like a massive step in the right direction. I have full confidence in Director Nakayama and Producer Matsumoto to deliver an awesome season of SFV before Street Fighter VI arrives. Ono’s departure from Capcom is helping heal the fighting games division slowly along with recent leadership changes. Dan and Akira signal the winds of change for Capcom’s fighting games, creating an interesting lineup of fighting game content to come. For the first time in years, Capcom is focusing on pure fun while pushing fighting games into a positive future with the fans. After a decade filled with Street Fighter X Tekken, Marvel vs Capcom: Infinite and other Capcom related debacles, the much needed changes in the company are taking affect. We will just need some patience to see some more plans come into fruition.