Famed game designer and creator of Dragon Quest, Yuji Horii, has shared a special message to Switch owners playing Dragon Quest I, II, and III. He’s thankful for the 30th year anniversary of the series as well as new players experiencing the Erdrick trilogy for the first time. These games are all on the go in both Japan and the west. The original Famicom release of Dragon Quest dates back all the way to 1986. Here’s the special message from Yuji Horii: 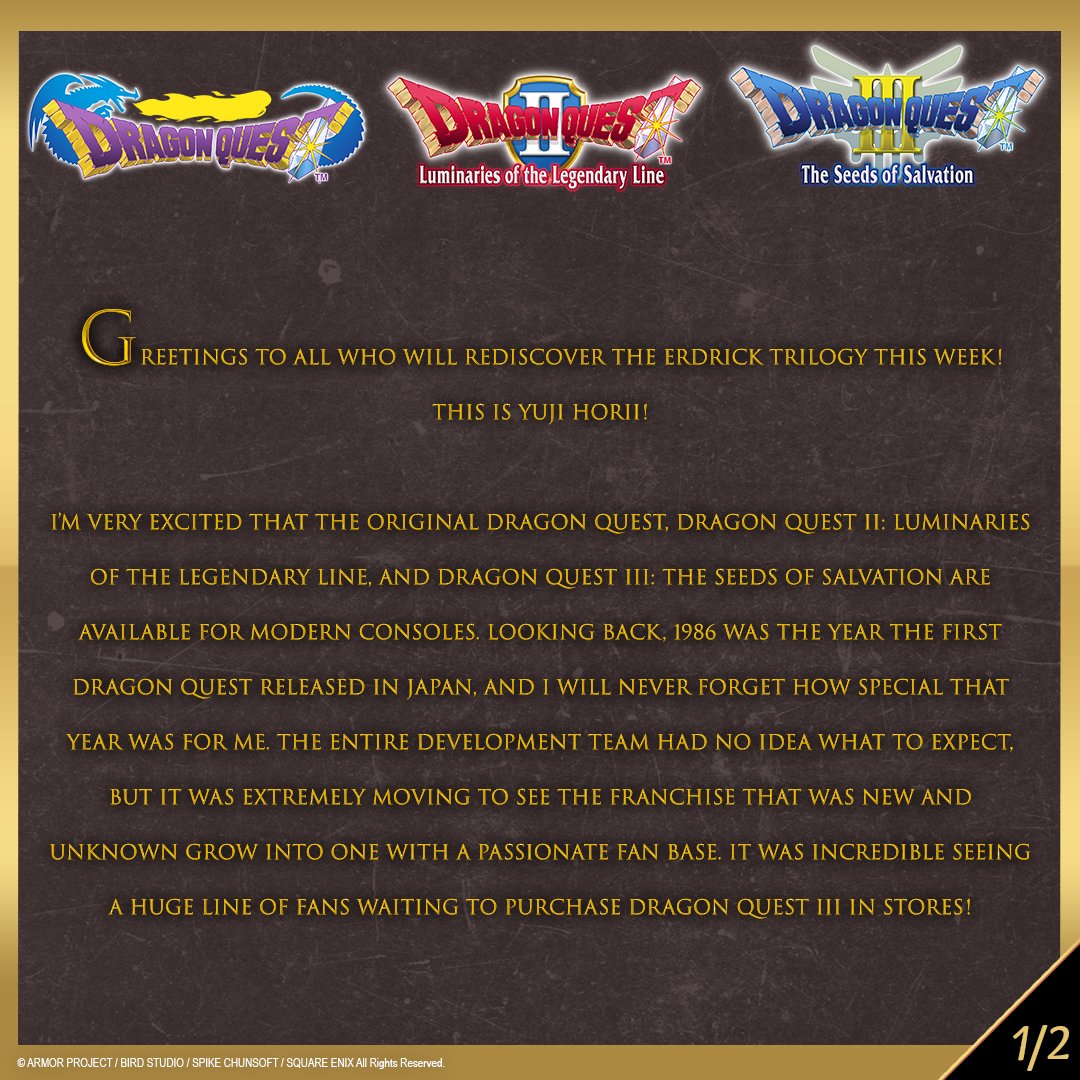 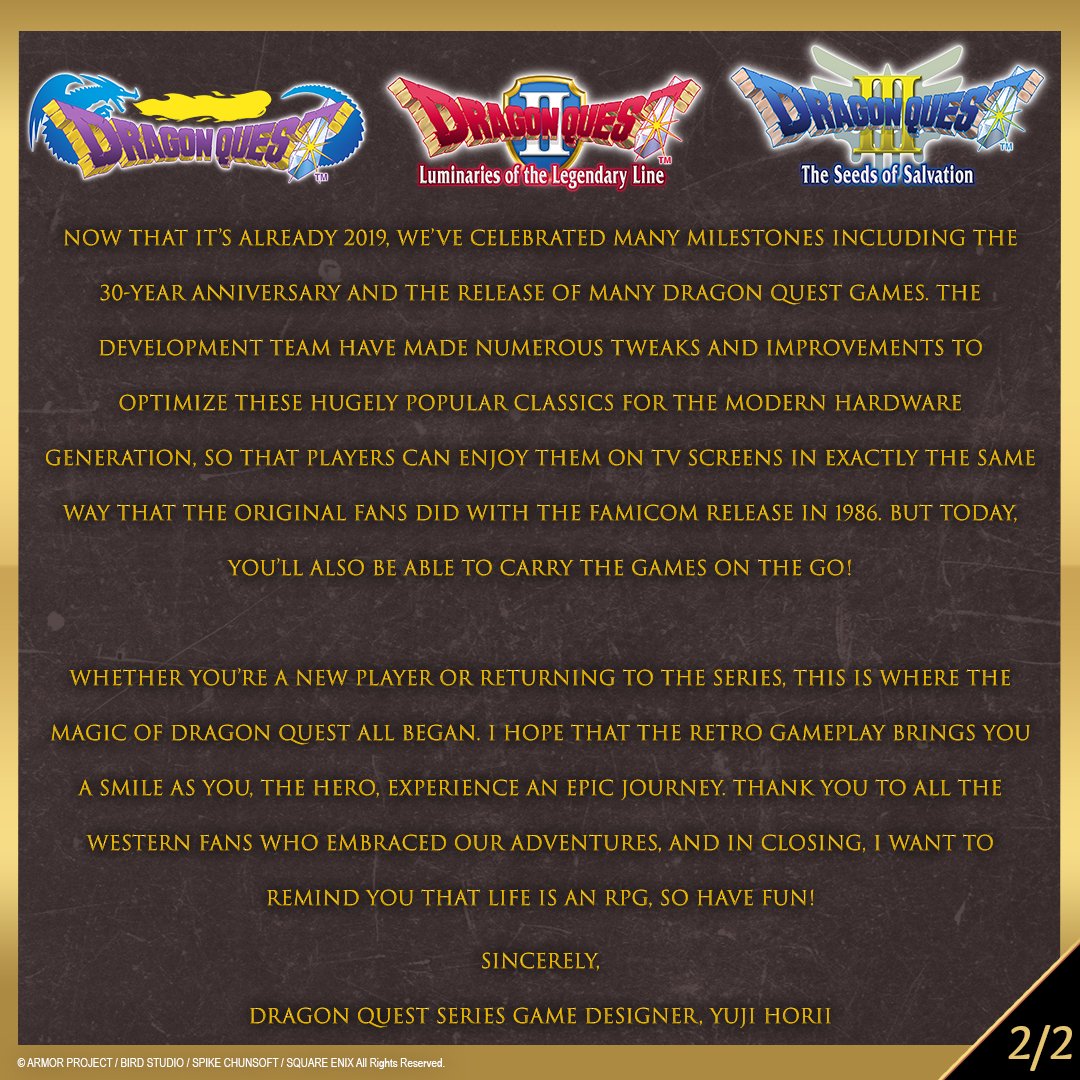 4 Dragon Quest games are available now on Switch! Those include Dragon Quest I, II, III and XI S. Stay tuned at Final Weapon for the latest in Nintendo Switch news!