Have you ever wanted a game that mixes both cooking and coding to create meals in the most efficient way? I didn’t think I did either. That was, until I started playing through Automachef. 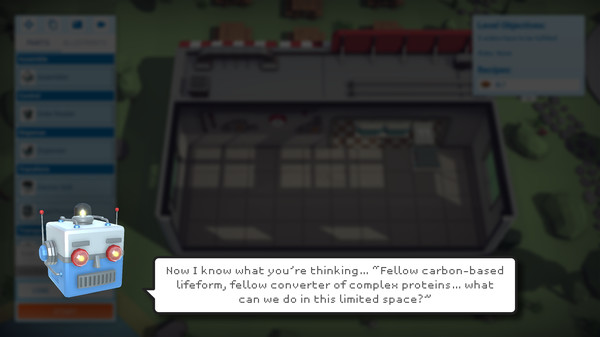 Automachef is an indie puzzle game developed by Hermes Interactive and published by Team17. In it, you take control of a human trying to create automated kitchens using the tools at your disposal. You aren’t alone though, as you have a trusty sidekick who is definitely a human named Robert Person. He helps to introduce you to a lot of the game’s core mechanics, along with talk about his plan to feed the world. That plan definitely does not involve taking over the human race as he is definitely one of us. All jokes aside though, here’s what I thought of Automachef.

If there’s one thing the developers did phenomenally, it’s the gameplay. In the Campaign mode, you’re given a combination of 30 levels along with plenty of optional missions to take on. The main levels start out really challenging, but for all the right reasons. You have to use that first level plus the tutorials in order to get a serious grasp on the game’s learning curve. That learning curve can prove to be quite the challenge, but learning and mastering it can be very rewarding to the player. This learning curve is further enforced when disasters are introduced into the game. These really mess up a kitchen if not handled properly, and require a whole new method of thinking to solve. All of this wraps up really well to give a nice slope of difficulty, and is a lot of fun to get through.

It appears they maintained this rewarding nature in the optional missions. These ones give you very distinct challenges that force you to think differently about your kitchen. For example, one has you figuring out what’s causing a pre-built kitchen to catch on fire and correct the error. They’re a substantial difference, and prove an enjoyable distraction from the main game. 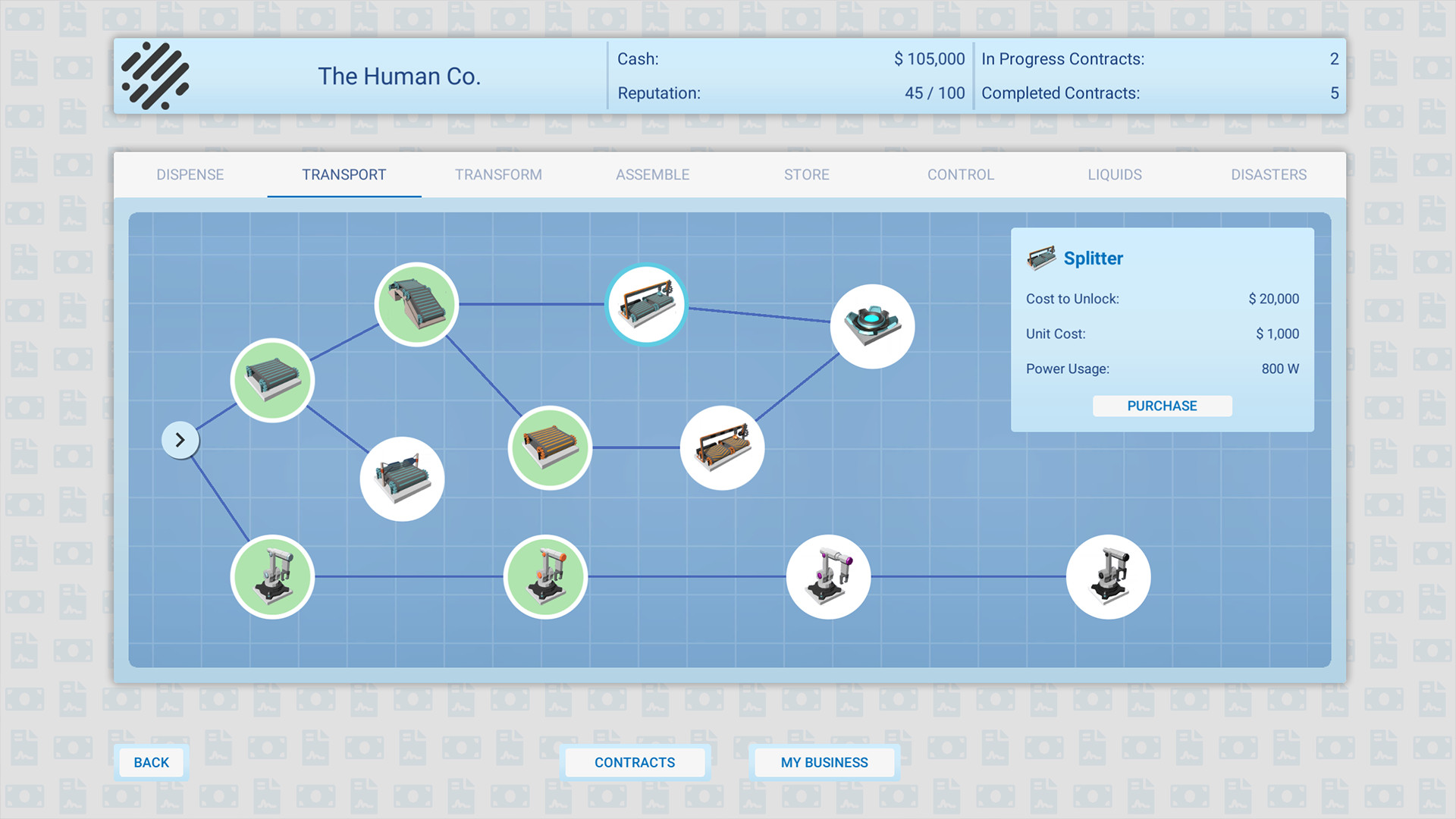 This isn’t the only mode you can do this with either. There’s also the Contracts mode, which essentially lets you run your own kitchen business and purchase upgrades at your leisure. On top of that even, the game supports mods and Steam Workshop submissions. These options allow players to create not only custom scenarios, but also custom ingredients and dishes, bringing a near infinite amount of potential for new content. It was a pleasant surprise, as you wouldn’t expect this abundance of content from an indie developer.

The attention to detail shines through, and proves just how much of a masterpiece it really is. All the little intricacies give the game an immense amount of depth and make the game feel like the passion project it is. To think they even went to the extent of letting you program a computer in the game is awesome. In terms of parts, there’s a lot of them. You have some simple ones like basic conveyor belts, but much more complicated ones like an advanced assembler which includes sauces in your dishes. Thankfully, these machines come at you at a steady pace, giving you new content but not an overwhelming amount. It’s not super hard for a game like this, but it’s comforting to see. In addition, my entire playthrough featured zero bugs. That level of polish is worth a commendation, as it’s a rare occurrence in the industry today. 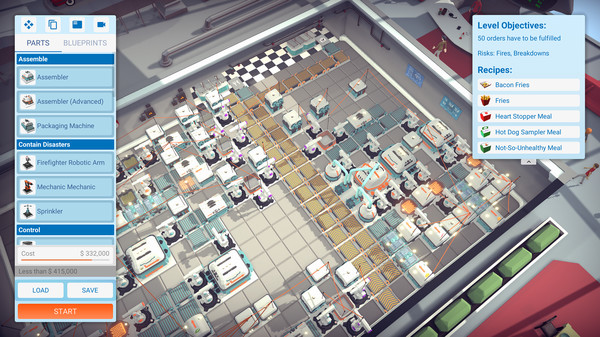 If you’re looking for a game that offers a lot of replayability, then you’ve definitely come to the right place. There’s a system in the game known as Efficiency, and it applies to all areas of Automachef. Essentially, you get a higher percentage depending on how efficient your kitchen is. This is increased through cutting down on energy usage, machines, and ingredient usage. This percentage isn’t necessary to pass the level, but it gives you a reason to replay it instead. This applies to every aspect of the game, especially important for the Contracts mode. That mode gives you a cash bonus for getting your kitchen to a certain efficiency percentage, which gives you both a different challenge and a solid reward for completion. Automachef is built around efficiency, but remains an optional aspect for those wanting more.

This is all put together with a really nice atmosphere. There’s ambient music played in the background along with the different sounds of your machines hard at work. These help to set the tone, and give you something to do while thinking hard about your kitchen. Even the scenery helps to give context to you work. You’ll find things like a busy airport, a calm park, or even a concert with its music echoing in the background. These are all subtle pieces of the game, but they really help to bring the package together.

There are only two issues I see with the game realistically. The first was that you could only load a kitchen from inside a level. This makes sense given saves are per kitchen, but it can get annoying when you have to click through the beginning text to return to the level each time. A load button from outside the level would’ve been a good touch. Other than that, the Options menu is mediocre at best. It doesn’t hurt the game a lot, but would’ve been a good afterthought from the developers.

All in all though, Automachef is an fresh and enjoyable experience. It offered lots of new concepts to the genre, some excellent level design, extra content for players wanting more, and lots of aspects that really excelled my expectations. If you’re a fan of resource management sims and/or puzzle games in general, I recommend you check it out. Automachef is available on PC and Nintendo Switch right now!