It appears that information regarding the upcoming sports game Mario & Sonic at the Olympic Games Tokyo 2020 has been revealed. The information was first discovered by twitter user Stealth40k on the game’s official ESRB page, through its rating summary. 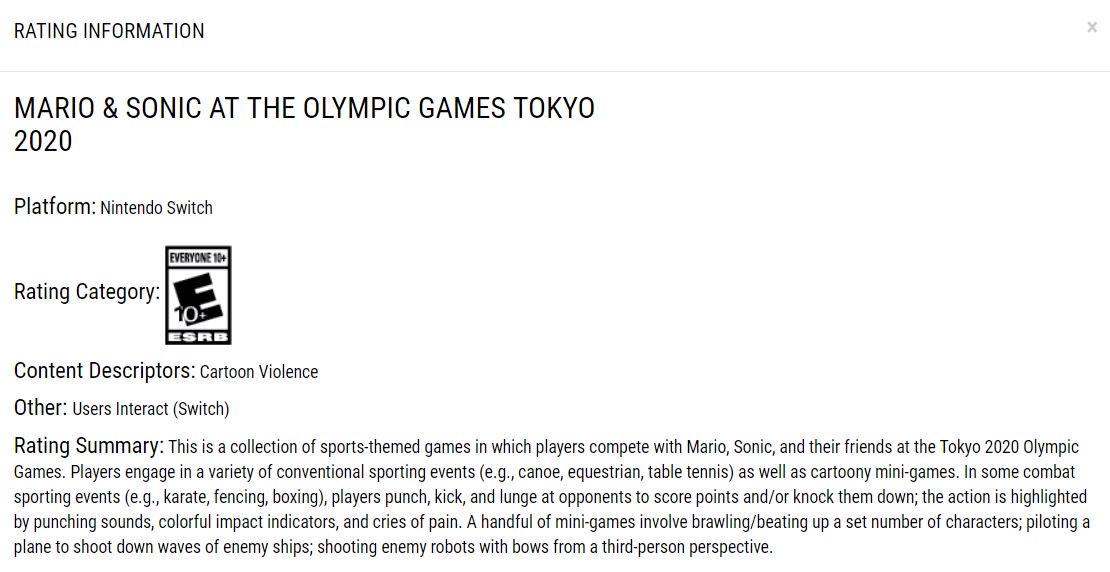 The ESRB rating reads that the game is a “collection of sports-themed games in which players compete with Mario, Sonic, and their friends at the Tokyo 2020 Olympic Games”. We already knew this, but the post goes on to say players can “pilot a plane to shoot down waves of enemy ships”. Having a game mode like this honestly sounds rather interesting. It will be rather fun to see how this manages to hold up on the Nintendo Switch though. The game will also feature swimming, gymnastics, soccer, surfing, along with several other sports.

Of course, you should always take this with a grain of salt. The game isn’t going to be released for another 4 months so the information is subject to change. It should be reason to be excited regardless though. You’ll be able to play this game on Nintendo Switch in November. An arcade cabinet version is also planned for sometime in 202