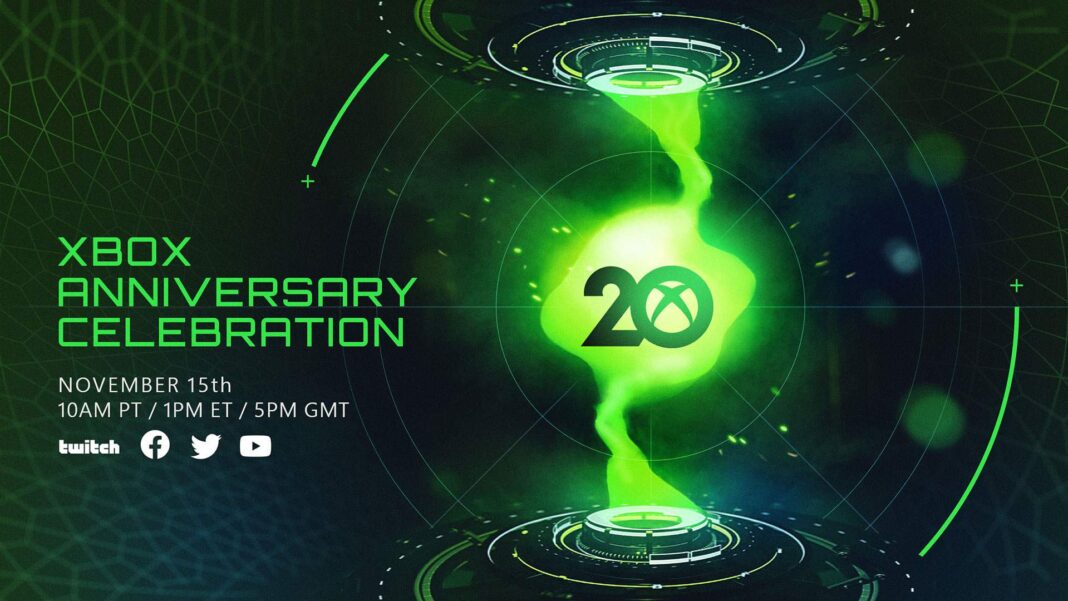 *Update – 11/14* Microsoft will soon celebrate 2 decades of Xbox with fans! The Xbox 20th Anniversary Celebration stream link is available below:

Microsoft announced that the Xbox 20th Anniversary Celebration airs on November 15th! This online event celebrates all things Xbox and Halo with a special look back at the brand. There will not be any new game announcements at this event. However, there are rumors that Xbox could be expanding their original Xbox and Xbox 360 lineup of digital games in November according to VGC. It should be a fun time for longtime Xbox fans.

Halo Infinite had the biggest launch in Halo series history, over 20 million players since launch