*Update* The official Ubisoft France account states that the game is coming to Stadia and Switch on the same day as the other platforms. However, the tweet has been deleted: 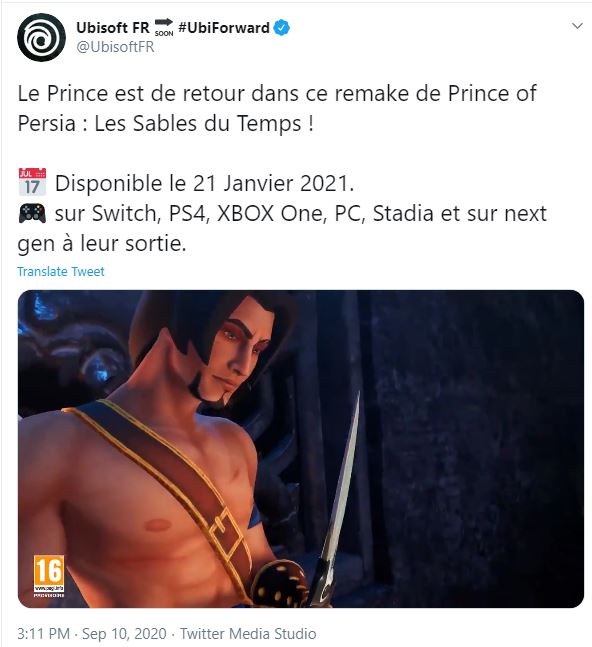 In addition, Nintendo Switch is listed as a pre-order option by Ubisoft. Unfortunately, this has been removed as well:

Stay tuned for more on Prince of Persia: The Sands of Time at Final Weapon!

Prince of Persia: The Sands of Time Remake will not be shown off at Ubisoft Forward during E3 2021